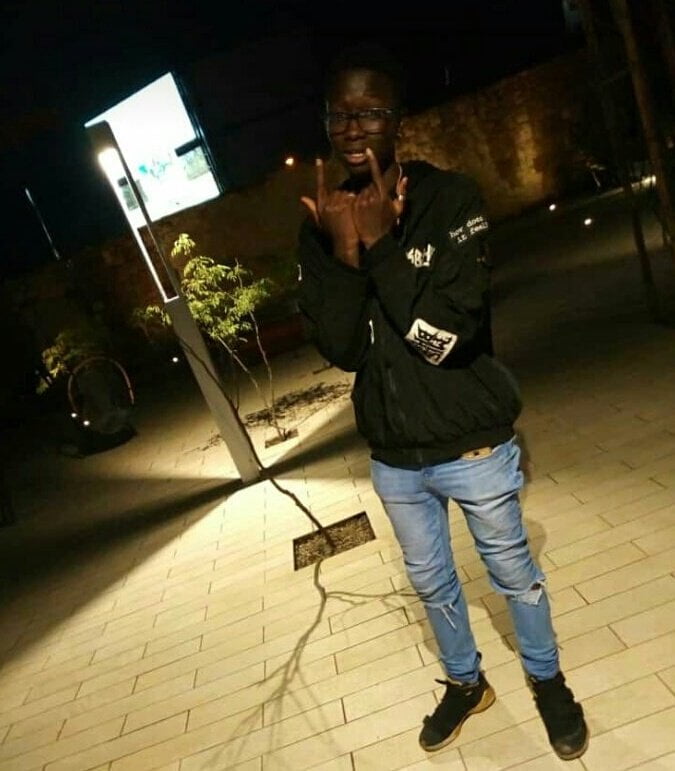 Kenneth Abom, a Strathmore University student is reported to have jumped off the 4th floor of a building in Newbury Court, Woodley Estate.

His family claims that Octopizzo forced the young man to jump off the building after he allegedly chased after him with a machete and threatened to end his life.

We at CNYAKUNDI.COM, through our sources who were present during the unfortunate event on Thursday, have our hands on the truth about the incident.

Kenyan rapper Octopizzo recently moved into a new house in Woodley Estate, Nairobi. Three weeks later, he came home one afternoon and found a stranger inside his house which had three little girls inside. Just as any other person would have done in the case, he kicked the young man out and made it clear he was unwelcome in his house.

In fact, a neighbour who identified the young man as a resident in the area stopped Octopizzo from hitting him and let him go without a scratch. Octopizzo also talked to the boy’s father just a few minutes after their unpleasant encounter.

The young man was Kenneth Abom, who after getting kicked out of the rapper’s house, ran back to his parents house, the 4th floor of the same building.

It was from there that Kenneth would jump off through the bathroom window about one hour later.

His family took him to the Nairobi Women’s Hospital where he was then referred to Kenyatta National Hospital and doctors reassured his family that he would recover.

On Saturday, Kenneth sadly succumbed to what has been reported as chest injuries and that’s when his family decided to come out guns blazing and blame the Kenyan rapper for his death.

Considering the happenings on that fateful Thursday afternoon, Kenneth’s family simply decided to pin the unfortunate death of their suicidal son on Octopizzo.

An autopsy on the teenager’s body is currently ongoing and the family says they are waiting for the results so they can sue the Kenyan rapper.