An illegal limited company Regional Metropolitan Transport Limited was created by 16 directors named in the documents below to terrorize Matatu operators and the commuters plying Nairobi routes.

They met at Leopard Beach Resort and Spa in Diani, Kwale county from the 26th to 28th October to form this group. The saddening part is that the directors behind the satanic idea of registering the Regional Metropolitan Transport Limited are the same self-proclaimed directors of the “Watetezi Wa Matatu Owners”, the (AMO) Association Of Matatu Owners headed by one Simon Kimutai.

They pushed the NTSA and Kenya Police to enhance a major crackdown on all 14, 25 and 33-seater matatus denying them official documents to operate public transport and chased the matatus away from plying CBD routes so that the 16 directors from the Regional Metropolitan Transport Limited can benefit from the government’s 100 BRT buses.

Come January 2019 the 33 seater buses will be denied the same documents. There has been a major outcry from the Sacco’s since the affected crackdown is about to terminate jobs of thousands of Kenyans in the industry from banks who offer loans the mechanics, petrol stations and immature closure of matatu Saccos.

The greed of these few individuals perpetrating to represent the Sacco’s is seen in broad light. As retaliation to this corrupt, immoral and demonic acts by Regional Metropolitan Transport Limited, all Sacco’s from CBD routes have decided to resign from this primitive parasitic umbrella of AMO. For how long will greed corruption squeeze, rape and torture Kenyans? 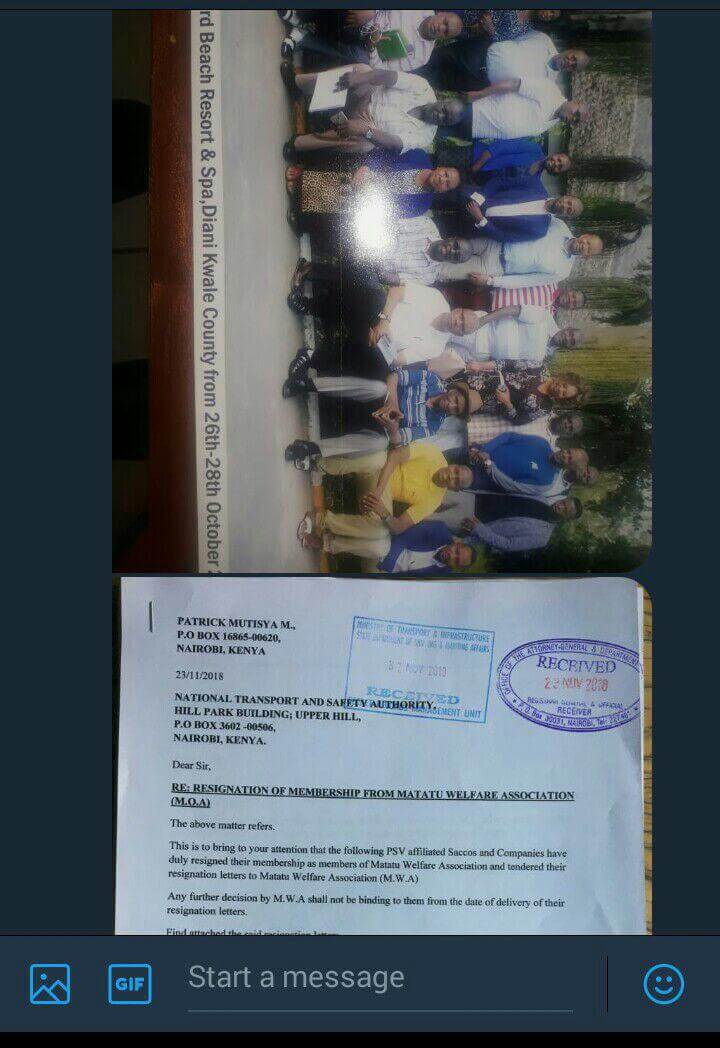 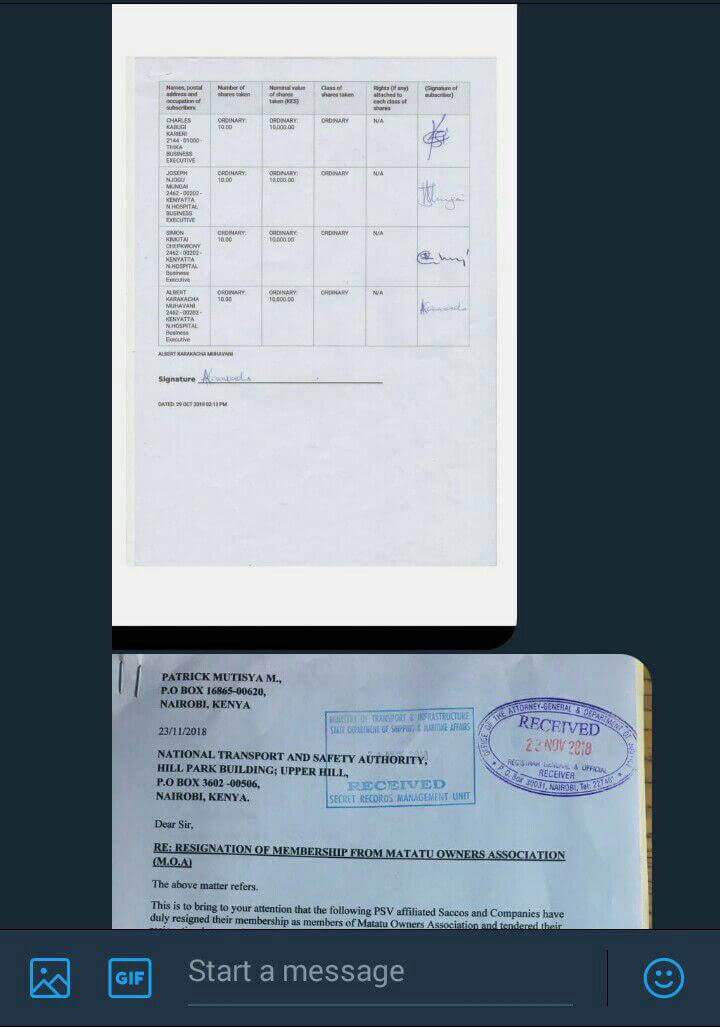 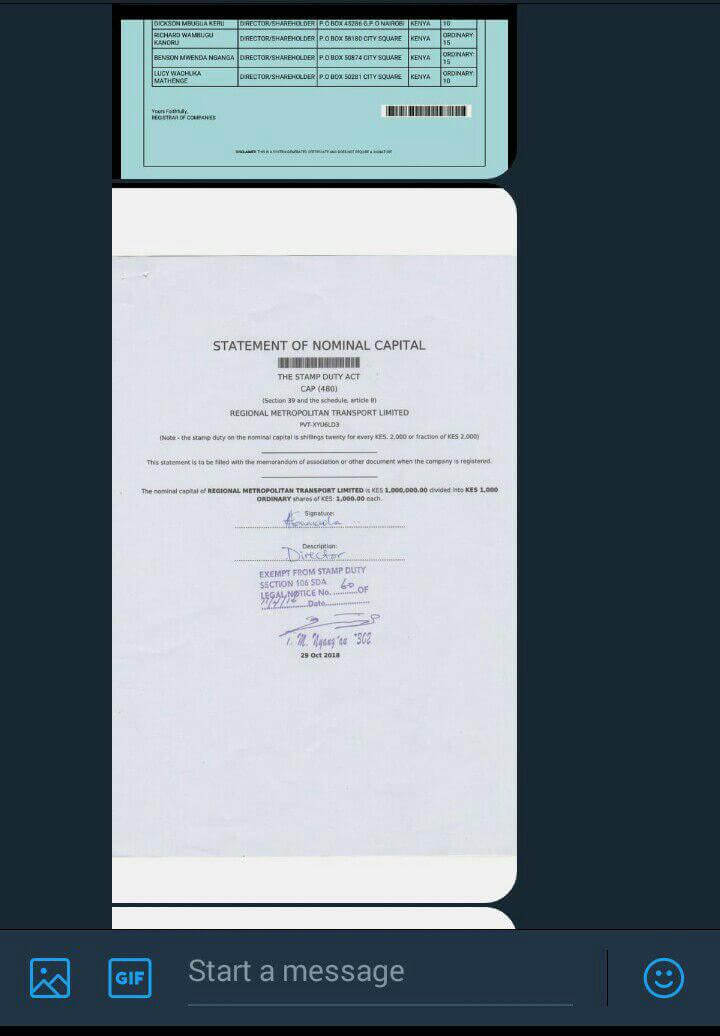 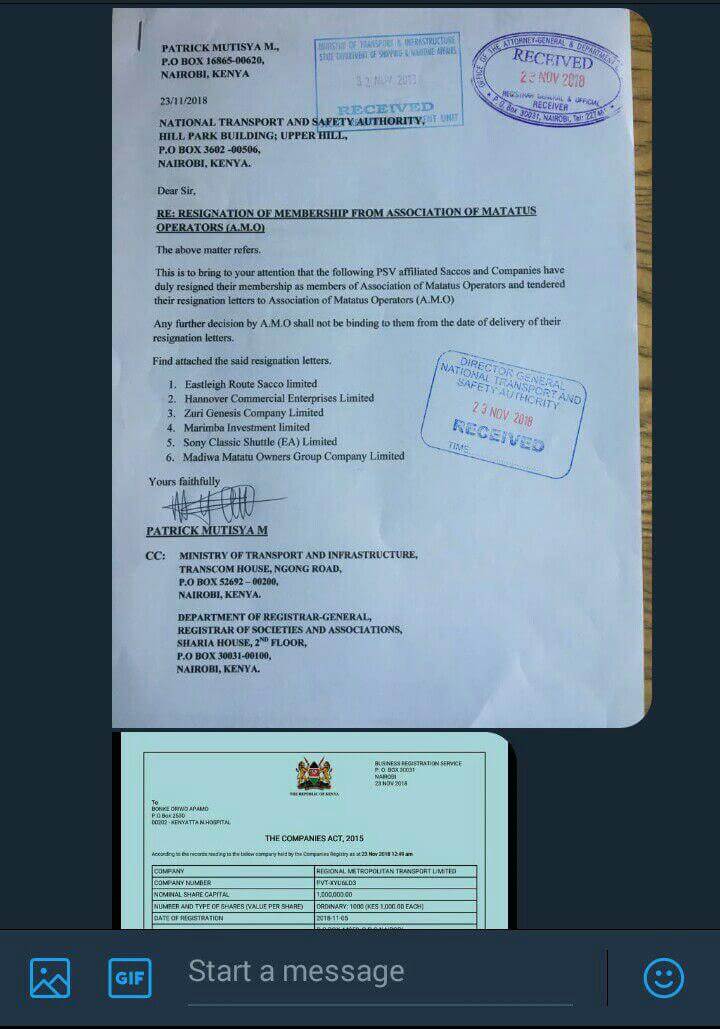