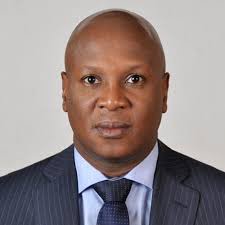 The housing finance group has finally sacked Sam Waweru, a man who had held the once bastion of hope in the Kenyan real estate industry hostage.

HF Group, once a bastion of hope for thousands of long-suffering borrowers in the real estate market, but weighed down by mismanagement by Frank Ireri and Sam Waweru, begun to make changes after consistent exposes from this site that revealed that changes can only happen from the top.

After an ill-advised retrenchment process that saw only staff who were not Embu’s or close to Sam Waweru being laid off, the impact on the business was felt immediately after a significant amount of customers let, fraud levels hit astonishing levels and the mortgage company stopped lending altogether.

The process was largely carried out by Ben Lanya, the Sex pest and rapist who was finally fired after his demands for ‘sex for jobs’ was finally cut short. This was after complaints became numerous and could not be hushed any longer, after ladies in the company came together and launched formal complaints which were initially ignored by the board, even female members but reached a crescendo when he was recorded demanding for a taste of the forbidden fruit.

The sleepy ignorant board, which was largely under the control of senior management, finally recognised what its role was and informed Frank Ireri to begin relinquishing most of his key roles. He was finally fired and replaced with some uninspiring boy who is Peter Munga’s proxy…

However, the media was fed a distorted story about his imminent departure after ten months. Pundits wondered since when did employees give a 10-month notice.

Caroline Armstrong, who until then was the Strategic Director, was finally axed after the board finally recognised that the system it acquired was bought at an inflated price, did not add much value to the business as continuous investment was required, and her role had since been watered down after most of her functions were taken over by the new IT Director. cnyakundi.com exposed the system saga that shook corporate Nairobi and the HF Group foundations.

Sam Waweru has now been sacked because of poor performance, incompetence and fraud. The huge loss of 652M, as reported today, was the final blow to the graft-ridden institution.

Patrick Mokaya, the Director of Business Development too was shown the door on Friday because of poor performance and incompetence. His job was advertised even before he got the sacking.

These guys ganged up and sued the editor of this site, despite the fact that what I exposed was true. HF keeps struggling with the case, attacking the truth, that all and sundry can see

More on HF Fraud to come.