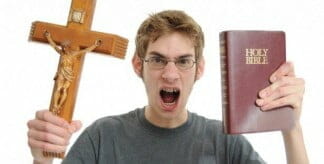 After the Charlie  Hebdo attack, I was keen to hear what the Muslim leaders would say. As usual, they condemned the attack for 10 seconds and spent more than an hour schooling us- Telling us that It is blasphemous to draw cartoons of their prophet. Well, blasphemous than the murder of Innocents.

I have seen many cartoons of Jesus but never been offended. When I hear someone saying that cartoons are more blasphemous than the murder of innocents, I regret being a human being

Almost all Muslims got an opportunity to school us. To instill fear in us. I watched leaders face Cameras to condemn the attack ” In the strongest terms possible ” . Most politically correct governments have refused to identify the problem. The redneck bigots cannot believe that radicalization occurs in the mosques where our destruction is being planned. While our political leaders are sleeping in Nairobi, Mombasa is slowly being curved. Just ask me how the Boko Haram started.

Back to the Sheikhs. I understand their fears during a time like this when people like me have decided to expose them as liars and people who dont like criticism. When Christians are criticized, we accept our mistakes but when you criticize Islam they call you a hater who doesnt understand the Quran. What the Hell ?

Even if I quote the Quran just like I have done below, I will be told I am a hater.