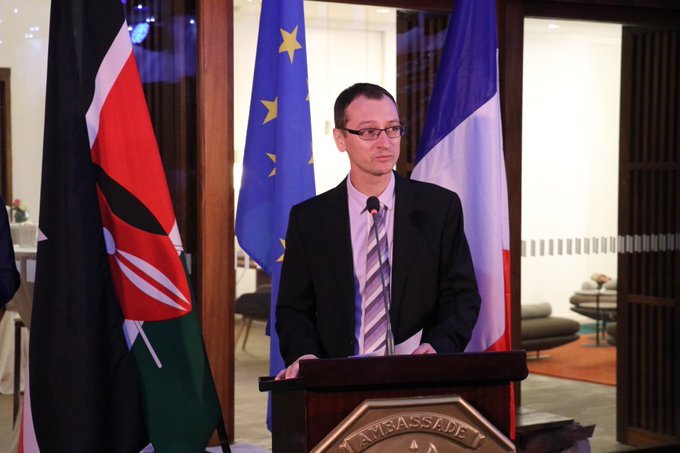 Cyril Gerardon, Head of Cultural & Cooperation department at the French embassy in Nairobi

Homosexuality is a crime in Kenya. According to Section 162(c) of the Penal Code, any person who permits a male person to have carnal knowledge of him or her against the order of nature is guilty of a felony and is liable to imprisonment for 14 years.

The French Embassy has flouted a lot of Kenyan laws. We recently received documents that allege the embassy to be a conduit of contraband god, evading tax and illegal immigrants working in Kenya.

Today, there’s the elephant in the room, Kenyan law doesn’t allow homosexuality but there’s a staff that cnyakundi.com has received information about who is secretly engaging in homosexual activities.

The man is none other than Cyril Gerardon from the French Embassy in Kenya has the title of COCAC (Conseiller de Cooperation et d’Action Culturelle).

Mr. Gerardon is also the headmaster of Benoit KEIREL, the manager of the French school, most likely on a fake tourist or a diplomatic passport for work at the Embassy.

Cnyakundi.com has been sent evidence that Mr Gerardon’s personal status is in complete violation with the Kenyan law, because he is married to another man, which is forbidden as stated in the Penal Code above.

To keep this hidden, his husband is presented as his cooker and does not have also any legal documents in Kenya.

The man Cyril Gerardon should be deported.

In this article:French Embassy In Nairobi