LOVE drama that saw a sexy Homa-Bay nominated MCA admitted at the Agakhan hospital with serious injuries following a dog’s beating by her husband has taken a new twist after the husband came out clearing the name of majority leader Michael Ooro as the one he caught red-handed with the wife. 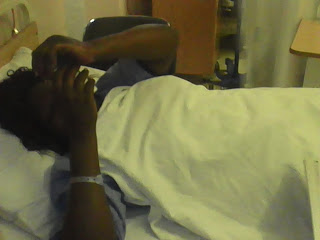 Mr. Ooro found himself into the ugly mix after he responded to the woman’s distress call and facilitated her transportation to the hospital by virtue of being the majority leader.
”I was called to the scene and after casual assessment  of the magnitude of her injuries volunteered sh. 10, 000 for her transportation to the hospital”, said the majority leader.
He accused regional politicians including Sammy Wakiaga of working round the clock that he remains political doomed a head of 2017 even as he aims for higher position.
The husband Mr Enock Okoth Oliewo was reluctant to reveal the identity of the man that made him beat his wife to near death but was quick to admit that the matter was working against his political ambitions.
Oliewo who lost Kaksingri seat to the current Homa-Bay deputy speaker, while speaking at the Agakhan hospital while he had gone to visit his victim downplayed things saying that the ‘’incident was a normal domestic affair which was however exaggerated by political rivals’’.
‘’As much as I beaten my wife to this degree I don’t think the matter should have attracted the attention of the media and let me reveal to you that I am not finding it easy as voters keep calling me to clear the air over the matter’’, he lamented to this writer.
He said the damage was so fatal that their daughter who is in form four is being ridiculed by other students.
The nominated MCA Beatrice Akoth is currently admitted at the Agakhan hospital Kisumu Surgical ward bed 5 and confirmed to journalists that she was responding positively to traetement.
She was initially rushed to St.Paul’s hospital in Homa Bay after the husband reportedly found her red-handed with another randy MCA whose identity is now being investigated by Cyprian Nyakundi
The fury husband has according to sources privy to the drama has made several apologies to the woman and has remained by her bed side for the last few days possibly to put damage control on the family’s political life. 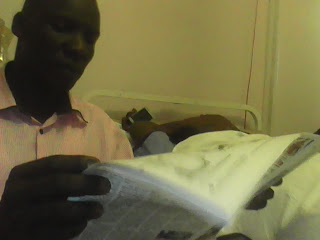 Despite the fact that the husband has since denied being arrested by police over the incident, multiple sources including senior police officers at Homa-Bay police station have made a confirmation that he was indeed arrested and locked at the polices station after some of the victims relatives reported the matter to the police.