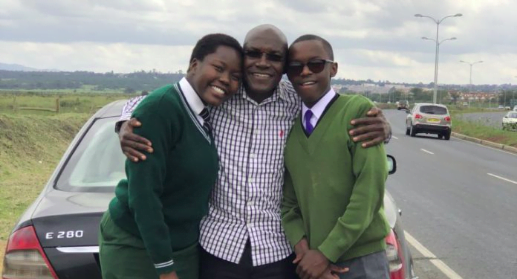 CAPTION: Kakamega Senator Boni Khalwale flaunts his two teenage children on June 24 2019: Unlike the norm in recent years none of his children sat the KCPE exam in 2021

Over the last few years, Kenyans made it a habit to make fun of former Kakamega Senator Boni Khalwale’s philoprogenitive nature whenever he congratulates any of his many children on completing their national exams.

Although one would not really blame the public’s reaction given how frequently he makes the announcements, the year 2021 certainly looks to be different from the usual as for one of the first times in recent history Khalwale failed to field any candidate in the just-concluded KCPE exams.

This was confirmed by the former Raila Odinga right-hand man when he sent out a congratulatory message to this year’s candidates on social media and unlike the norm, failed to give special mention to any of his kids.

“I take this opportunity to congratulate our 2020 KCPE graduates for making their teachers and parents proud. I wish all of you a great future,” he wrote in his Thursday evening tweet. 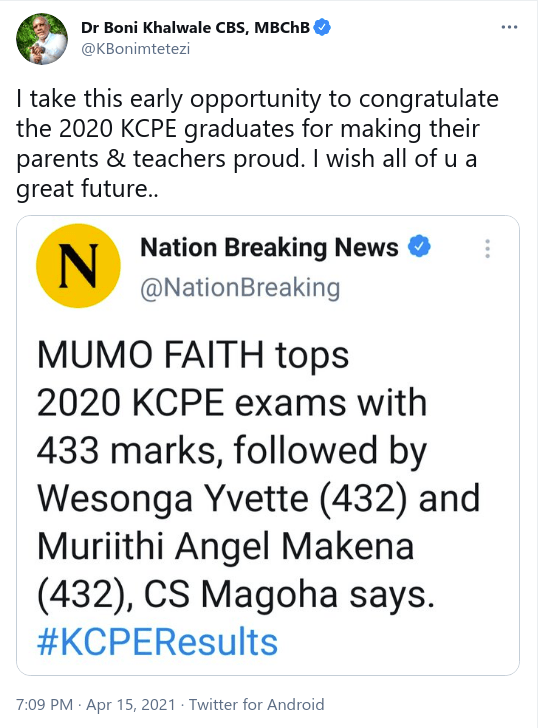 Ever-keen netizens were quick to take note of this extraordinary event and some didn’t shy from voicing their curiosity under the comments section.

“Did Boni Khalwale eat school fees for his 2021 KCPE candidate?” wondered another.

Check out some of the top responses featured below. 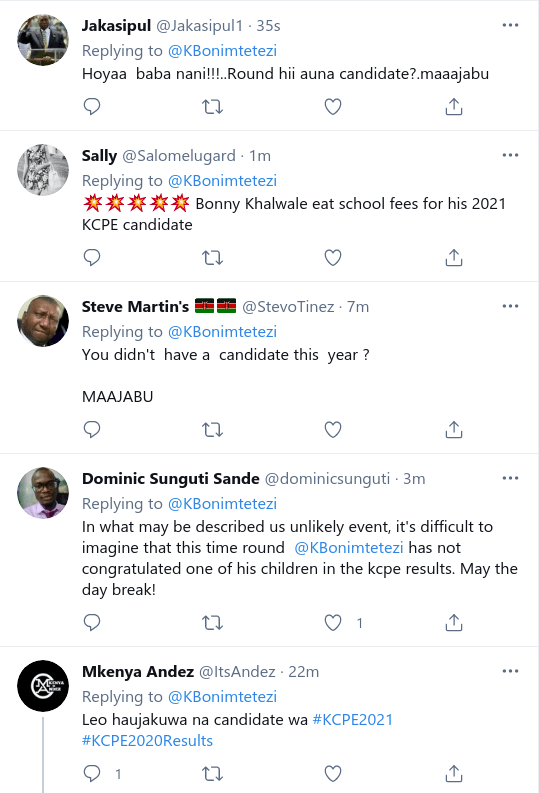 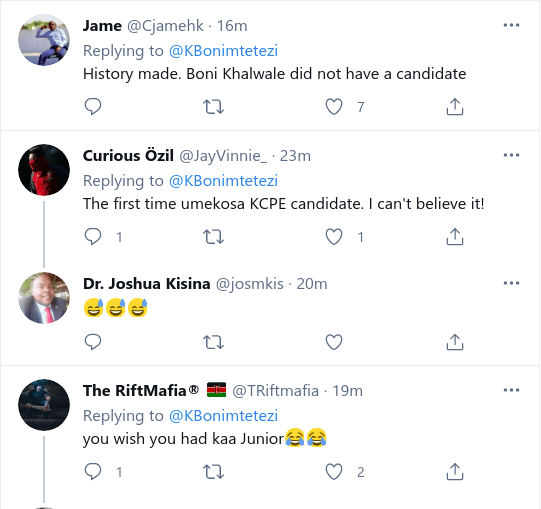 Khalwale has always taken pride in his children.

Aside from the teens, Khalwale also boasts a sultry older daughter Zinzi Khalwale who blessed him with an equally cute granddaughter.