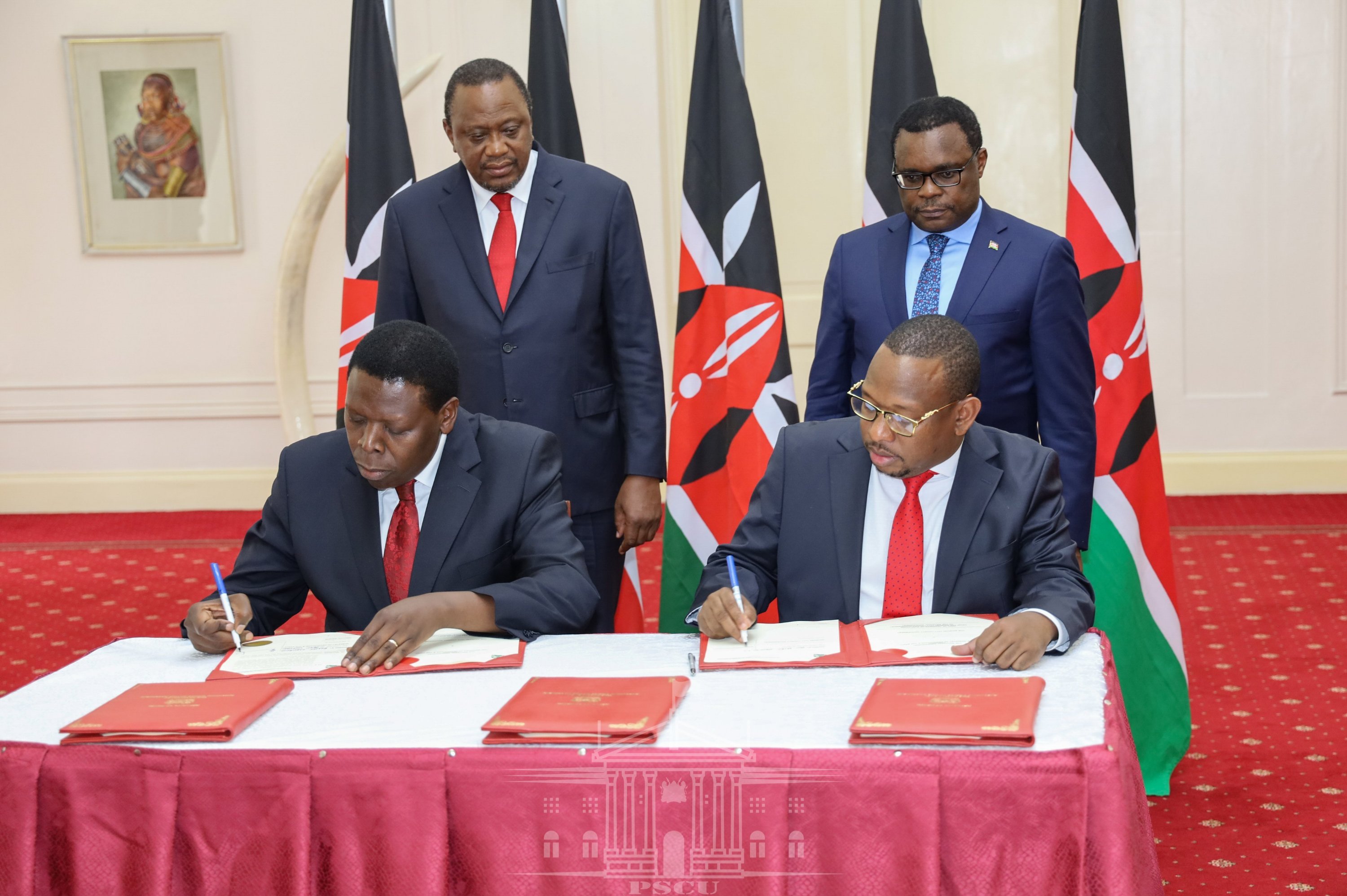 The national government has taken over the functions of Nairobi County Government effective Tuesday evening.

“In a landmark agreement signed at State House today, Governor Mike Mbuvi Sonko and Devolution Cabinet Secretary Eugene Wamalwa in concurrence with H.E President Uhuru Kenyatta, signed an agreement, handing over functions of the Nairobi County Government to the National Government, pursuant to Article 187 of the Constitution,” said a statement from Kanze Dena, the State House spokesperson

Earlier in the evening, it was reported that Nairobi County speaker Beatrice Elachi had given Mike Sonko a one week grace period to defend himself over the impending impeachment.

It seems like Mike Sonko has pulled a first one on the breast enlargement Slayqueen.

In this article:Mike Sonko, Uhuru Kenyatta