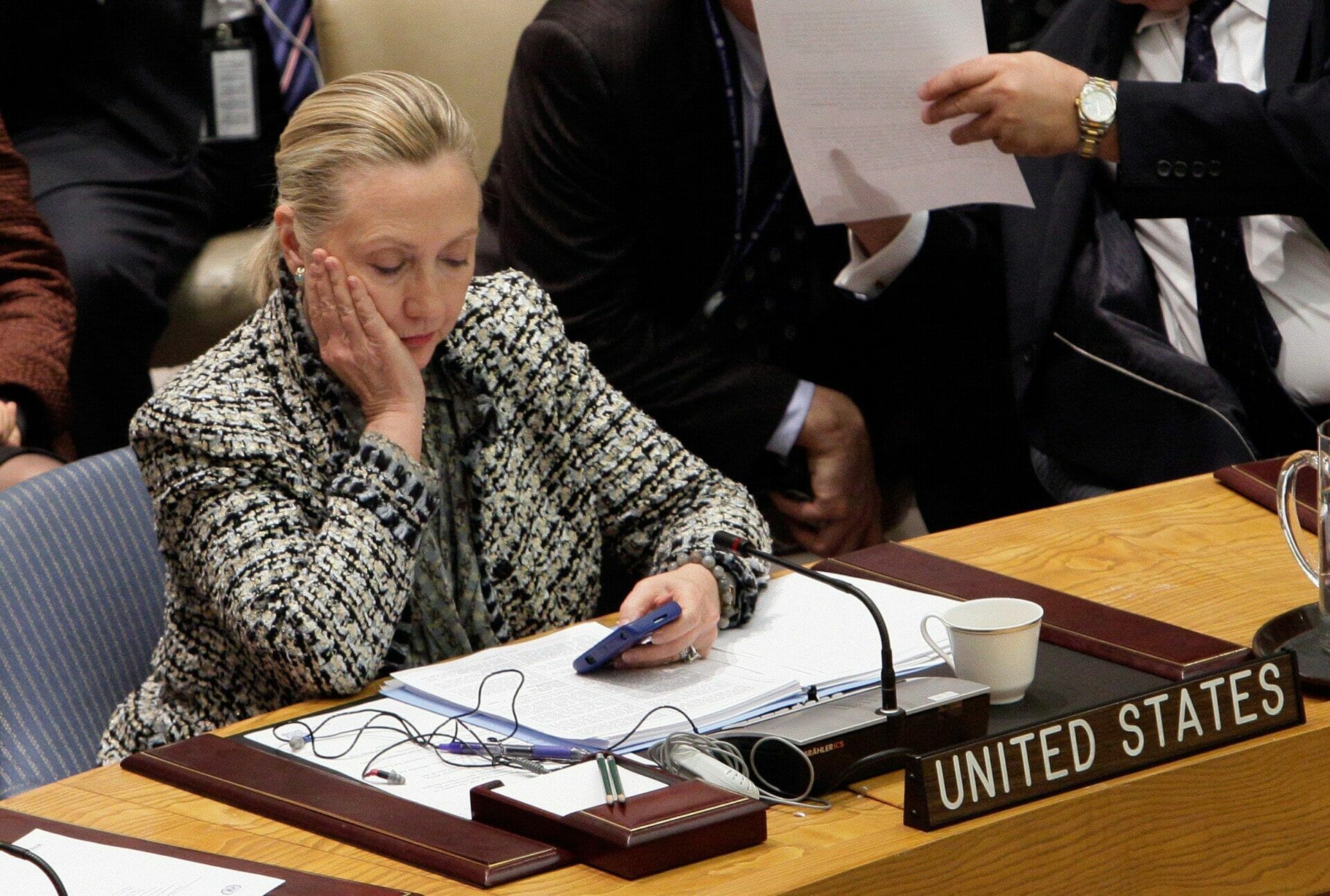 A private email address to conduct the affairs of State will ensure Hillary Clinton’s Democratic presidential nomination has all but disappeared into cyberspace. She has handed over 50,000 pieces of email that concern (she says) her activity in the highly sensitive position of Secretary of State.

As was expected, a vast tranche of emails are missing from the period that covered the Benghazi scandal.

Having her own private server has left the Administration open to international hackers who aren’t looking for Chelsea’s baby pics.

A private server does not provide the protection afforded by the secure .gov servers set up to firewall the Administration from its many enemies.

How stupid is a US Secretary of State allowed to be? Hillary Clinton  has left trails of scandals wherever she has traipsed but this one carries an inescapable death sentence in terms of a presidential candidacy.

Handing over only the emails she wanted to hand over won’t fool anyone and a subpoenaed server and hard drive will show exactly what she has been up to, particularly in relation to four avoidable American consulate murders in Benghazi.

There should also be some interesting correspondence regarding the millions donated to the Clinton Foundation from terrorist harbouring Shariah law Arab States. It’s a quid pro quo when Arabs donate.

Incredibly another major donor of up to $25 million to the Clinton Foundation was AusAID, who now operates under the auspices of DFAT.

That little hard drive of Hillary’s will be hiding some pretty interesting stuff.