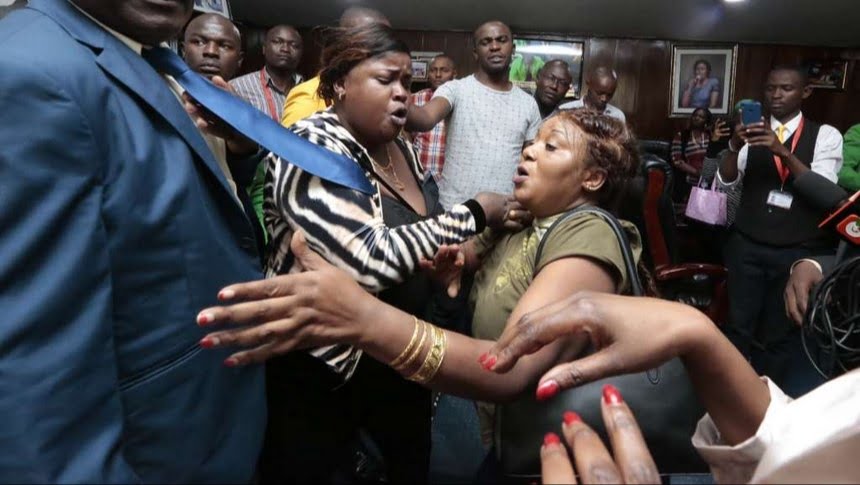 Despite CCTV footage proving she was at the centrestage of the chaos, Mary Njambi insisted that she was nowhere near the happenings on that fateful day.

On Wednesday, Mary was suspended for ten days together with two other members of county assembly Laura Mwende, and Nancy Mukami following the recommendations of a report by the Nairobi County Assembly Powers and Privileges Committee.

“Procedure and practice demand that such members be declared strangers and suspended from county service according to Standing Order 115 of the Assembly. They should withdraw from the precincts of the Assembly and forfeit right to access and allowances payable during such time,” Nairobi County Speaker John Kamangu said.

According to the speaker, their actions on September 10 2018 would adversely reflect on the dignity of the assembly and it’s members.

Nine other MCAs were also given official warnings following the happenings on that day.