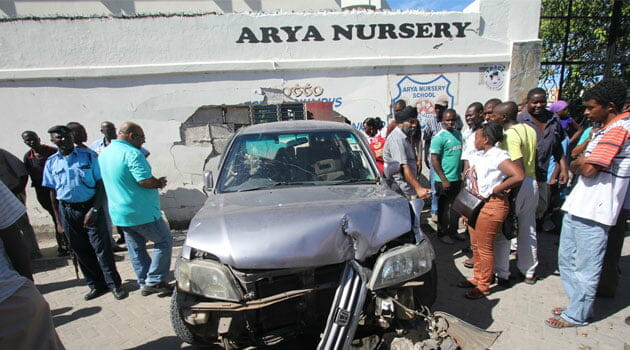 The High Court will Monday rule on the fate of the Security Laws (Amendment) Act 2014 after the Coalition for Reforms and Democracy (CORD) and the Kenya National Commission on Human Rights (KNCHR) filed a petition challenging its legality.

“We are not ready with the judgment for reasons that we were unable to surmount. We shall be ready to deliver the judgment on Monday, 23rd February. We just need the weekend to fine tune it; apologies for the delay,” said Lenaola.

CORD and KNCHR want the court to declare the Security Laws (Amendment) Bill 2014 unconstitutional, illegal, invalid and untenable arguing that the process of debating and passing the law was wanting as there was no public participation and that the Senate did not give its input.

They also argue that certain amendments contravene the Bill of Rights and are therefore unconstitutional.

The debate on the controversial law was marred by chaos as Members of Parliament came to blows on the floor of the House after they differed on how to proceed.

The conduct of the National Assembly members on December 18, 2014 is being investigated by the Ethics and Anti-Corruption Commission (EACC) and as at now, three Opposition allied legislators, John Mbadi (Suba), Silverse Anami (Shinyalu) and Homa Bay Woman Representative Gladys Wanga remain suspended from four House sittings for their involvement in the chaos.

If the court rules that the law is unconstitutional it may declare it null and void. However, the judges could also single out amendments which they feel contravene the law and direct that they be expunged.

The law amended several provisions of the Public Order Act (Cap 5), Penal Code, Extradition, Criminal Procedure Code, Registration of Persons, Evidence, Firearms and Rent Restriction Acts among others; however the parties argue that there is no deficiency in the law on security but rather, the issue is on those implementing it.