Cabinet Secretary for the Ministry of Interior and Coordination of National Security Fred Matiang’i has 14 days to reply to a petition seeking the revocation of kutulo sub-county in Mandera county. 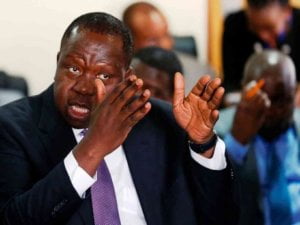 While issuing the order, Justice Kariuki also stated that the case will be mentioned in court for directions on September 17, 2020.

Yussuf Suraw and 401 others claimed in the petition that the process leading to the formation of the sub-county violated the rule of law.

In December 2016, a special gazette Notice No 10581 created Kutulo sub-county together with its divisions from the Mandera central sub-county.

“The creation of these administrative unit as delivery coordination unit was done in violation of the law and without public participation,” argued the petitioners.

According to the petitioners, the government did not consider the population of the sub-county, the size of the area nor the community interest.

The residents argue that the population of Kutulo is sparse and some units that were created were not occupied and that its administrators were in charge of un-occupied locations and sub-locations.

Is the case set to be mentioned on 17th of September,  the petitioners also want the court to recall the ‘illegal’ appointment of Mandera Deputy County Commissioner.