It has emerged that Treasury will spend Sh5 billion to compulsorily acquire Nairobi’s Railways Club as the government seeks land for the Nairobi Expressway Road Project.

According to the Treasury,  the land will facilitate and a passenger terminal for matatus coming through Machakos and Lang’ata roads at Railway Golf land off Uhuru Highway.

“The Treasury has confirmed that the money is available and that the NLC is finalising the valuation for the compulsory acquisition of Railways Club land,” Nairobi Senator Johnson Sakaja said while issuing a statement on a petition filed by the pensioners.

The government says the Nairobi Expressway is a Sh59 billion project that is meant to decongest the city from perennial traffic congestion.

Is it? Is the project really viable or just another expesive State compensation project?

40% of Nairobi residents walk and another 40% use public transport for their daily trips.

The Expressway can only move 22,000 compared to over 500,000 daily passengers expected on the Line 1 BRT. pic.twitter.com/AmOkzGcDU8

In March, the government published a gazzette notice listing 56 parcels of land to be acquired for the project.

Experts Warn: The business model for the Expressway encourages use of private cars (=toll revenue).

This goes against best practices in urban mobility of reducing the use of personal cars.

It does not address existing inequalities and combat local air pollution.#StateCapture

In September,  the State rudely demolished businesses erected at the Nairobi Lunar Park, those that sit on the edge of Uhuru Park and compulsory acquisition of the land belonging to the Kenya Railways Retirement Benefits Scheme.

“We are also looking at governance issues and we have asked the Auditor-General to conduct a forensic audit on scheme operations. We have asked a similar audit from the RBA. We want to know how the rent money the scheme has been collecting has been utilised. We also want to know the status of land in which Rahimtulla Trust Building in Upper Hill sits,” Senator Johnson Sakaja said.

Members of the retirement scheme had petitioned the Senate to investigate its financial status after it failed to pay pension. 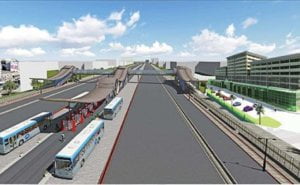 An artistic impression of the currently on construction Nairobi Expressway

A few examples to prove our thinking is primitive if we build the Expressway instead of retrofitting A104 with BRT.

Seoul, South Korea shelved the Expressway and opted for an actual better option. KeNHA had this options but Chinese seem to carry the day in Kenyan infrastructural development. Why?

“We left that trace as a lesson to our future generations: don’t do [those] stupid things [that] we did in the past.”

– Noh Soo Hong, Yonsei Univ, on the highway columns left in place during the Cheonggyecheon restoration project in Seoul

Where can we access the plan and document that has the names and amounts being dished out? 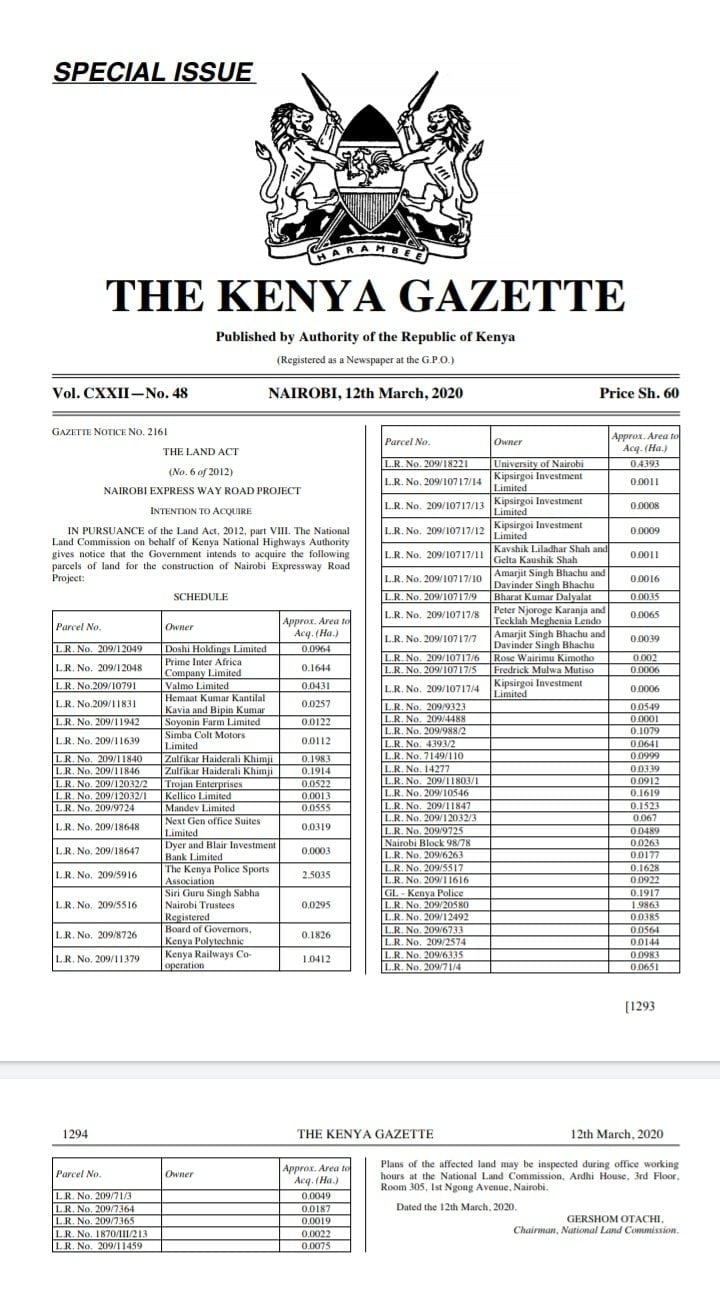 Any valuation professional or estate agent will tell you that it is impossible to sell these property in the open market.

The only remaing option for the government is compulsory acquisition.

Here is how other influential Kenyans on Twitter had to say about the project that no one clearly see its profitability.

2 Hidden Truths on JKIA Expressway@KeNHAKenya hasnt provided answers why its granting outrageous incentives to the contractor, CRBC, at our expense.
Or why they have engaged professionals way after the project was launched
Or if it carried out stakeholder analysis & engagement

The expressway is a useless project. What problem are we solving by making it easier for those who live in Lavington or Runda to reach JKIA?

Govt planners think like sheep. Moving out of Nairobi was best.

“guarantee availability of traffic” means that if toll revenue does not meet hurdle rate, Govt meets the shortfall. And usually the project cost is inflated so that if hurdle rate is say 15% the actual ROI is probably 20%. Its called “de-risking”. In short, its off budget debt. https://t.co/Uquv5eiYJd

Our parents were silent when Jomo Kenyatta stole part of Central Park and gave it to the Aga Khan to build Serena hotel.Jomo was bribed with a house on Dennis Pritt Road where Uhuru lives today.We shall not allow UK to touch Uhuru Park. #OccupyUhuruPark loading.#NairobiExpressway pic.twitter.com/6ODCi2gEeg

In this article:KeNHA, Nairobi Expressway