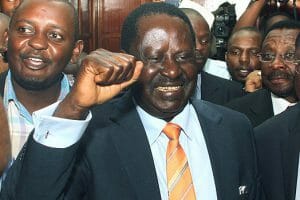 It seems ODM Was angered with one Primary school question that has been circulating on social media. If you have not seen it, here are some details about the controversial question.

The question that has been doing rounds on social media reads : “Who among the following have never been a president in Kenya?”

But ODM director of communication Philip Etale said the exam, if authentic, was in bad taste and would erode the gains Kenyans have made in cohesion and integration.

They want NCIC To investigate and deal with the teacher who set the question . This is very debatable because everyone has given different Views about the questions with some saying it is a fact Raila has never been president . Others are saying that some pupils may perceive Raila as a failure who struggled but never clinched the top most Seat in this country.

What are your Views ? 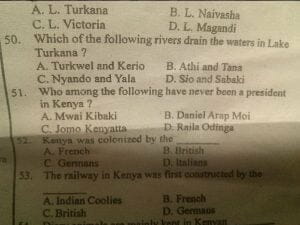