Dutch brewers, Heineken,  has challenged a Sh1.79 billion compensation bill imposed on it for terminating a distribution deal with Maxam Ltd, a company owned by tycoon Ngugi Kiuna.

The brewer is challenging Justice James Makau’s ruling, arguing that the judge did not consider the terms of the distributorship agreement.

It also faulted the judge for ruling that Maxam Ltd had a legitimate expectation that the agreement would not be terminated.

“The learned judge erred by holding that the appellants constructively terminated the distribution agreement by appointing additional distributors despite injunctive orders,” the appeal reads.

The beer maker has maintained that the orders stopping the appointment of other distributors were not reinstated as ruled by the court.

Heineken also argued that Maxam did not prove that any special damages and the orders issued affected third parties who were not part of the case.

Justice Makau was persuaded that Heineken was in breach of the contract by constructively terminating a 2013 distributorship agreement and deliberately appointing other distributors, without a termination notice and a court order stopping such deals.

“I find the promise and arrangement of automatic extensions served as motivation for the plaintiff to keep performing in accordance with the assigned obligations resulting to investing heavily in the business.” Judge Makau said in his ruling.

Maxam Ltd said that they struck the deal in 2013 for exclusive distribution deals in Kenya, Uganda and Tanzania. But Heineken terminated the deals struck with Kiuna’s firm without giving any explanations. 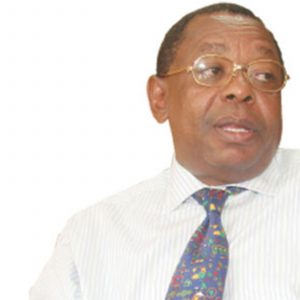 Tycoon Ngugi Kiuna in a past courtesy photo.

The beer maker further went ahead and acquired key customers, including Mega Wines and Spirits, Chandarana Supermarkets and Karen provision stores when Maxam had invested heavily in warehouse, delivery and transport system.

The court ruled that the notice of termination dated January 27, 2016, by Heineken International B.V. against Maxam Ltd as unlawful, irregular and void.

The row is hitting up barely a week after the brewer announced plans to cut regional jobs by a fifth due to corona crisis.