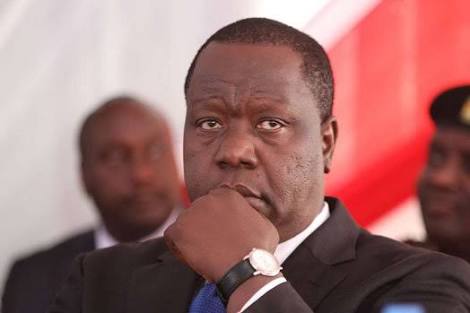 CAPTION: Dr. Fred Matiang’i is listed as one of the beneficiaries from bribes and in documents presented to Parliament, he received Kshs. 300m in kickbacks. No wonder he has the nerve to lecture MPigs.

By now, most Kenyans have probably heard the name Kamlesh Pattni (now referred to as Bro. Paul after a Damascus moment) and how his audacious scheme to fleece Kenyans off Billions of shillings caused untold damage to the economy and the lives of millions of poor people.

Working with senior Government officials in the late 80s, and exploiting a law that allowed the Government to compensate exporters of gemstones by upto 15% of the value of those exports. Kenya, a non-producer of any significant amount of precious stones, managed to pay Pattni Billions of shillings based on fake export documents.

Or you may have heard of Kuria Wa Gathoni, a high-roller in the early 90s and who spent time in Kamiti Remand for the murder of activist Charles Sosah over the sale of Nairobi City Council houses in Woodley.

Wa Gathoni also had the balls to deliver and sell chalk to Nairobi City Council under the pretext that it was chlorine for purification of water that was drunk and used in the homes of Nairobians. For this super effort, he was rewarded by being compensated with 10s of millions of shillings from City coffers.

In a popular video doing the rounds on social media, political analyst Herman Manyora says that it’s impossible to be a billionaire in Kenya on legitimate business. You have to steal and Government is the biggest source of contracts and funds.

This is, therefore, the story of Francis Mburu Mungai and his sons, his (obviously) large pair of cojones and audacity that come with them, the lowlifes in the Judiciary and AGs office and the compromised successive Cabinet Ministers, PSs and heads of Parastatals. 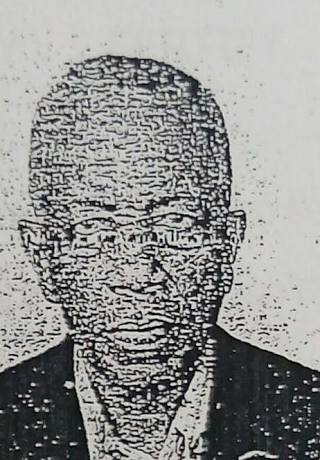 CAPTION: The only available photo of Francis Mburu Mungai.

Worse, our “Githeri” media which claims that opinion polls place it as Kenya’s most trusted institution, was compromised to kill this story.

The entire series of heists revolves around a piece of land at the corner of Thika Road and Outer Ring Road. Previously and for over 2 decades, if you travelled on Thika Road, you would see GSU officers from the GSU Headquarters across the road making their way home to some 198 maisonettes built on the front part of the piece of land.

It borders Kenya School of Monetary Studies to the East and the new Outer Ring Rd to the West.

In the 1980s, Kenya Posts & Telecommunications Ltd pension scheme agreed to finance the construction of 3 phases of 600 maisonettes on this piece of Land for the colossal sum of 165 million shillings.

As is normally the case with Moi-era parastatals, the funds were pilfered through the connivance of the likes of Kipng’eno Arap Ngeny (former KP&TC MD) and Samuel Chepkonga (Former KP&TC Company secretary and later CCK CEO).

In the end, only 198 maisonettes were built and shockingly, the ownership of the piece of land never changed hands from its then owners to the KP&TC Pension scheme as would be the norm.

We later meet Samuel Chepkonga when his snotty-faced son was charged and convicted alongside a senior police officer for the shooting death of the son of former Gatundu North MP and himself a very despicable character, Patrick Muiruri.

Early this year on 30 January, a payment for 1.5B was made to a shadowy company by the name Whispering Palms Ltd in their Barclays Bank Account No 1033613, domiciled at West Gate.

These funds were part of a Ksh. 3.26B compensation claim by Francis Mburu and his companies for what he claimed was the forceful occupation of his land by 2 schools – Drive-Inn Primary school and Ruaraka High School.

Please note very well, the entire parcel of land in question was originally 96 Acres and when in 1984 approvals were given for the construction of 600 houses, there was a mandatory 10% (9.6 acres) surrender to Government for the public good. Thus the 2 schools and the land on which they stood were surrendered to Government in 1984. 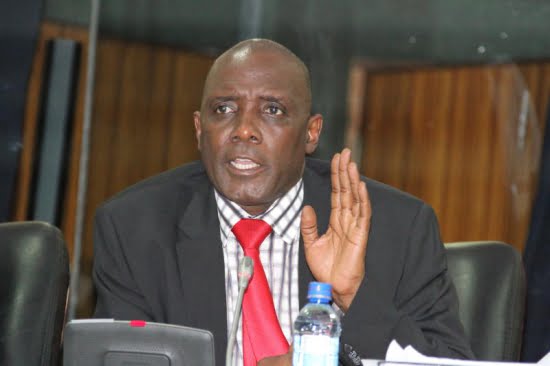 CAPTION: Dr. Muhammad Swazuri received Kshs. 400 million in bribes. He has 4 wives who don’t work, so he constantly needs money to keep them happy.

Initially, Dr. Belio Kipsang our windy-looking PS for Education had refused to sign off on the compensation despite the funds being already provided for by Treasury. It took the intervention of a close relative, Hon William Chepkut, to convince Dr. Belio Kipsang that his cut in the whole saga was secure.

To underscore his professionalism and capacity to cover his arse, Dr. Kipsang wrote to the NLC CEO Tom Aziz Chavangi and requested a formal request for these funds and a valuation report showing how this amount of Ksh. 3.2B had been arrived at.

So desperate was Prof Swazuri for these funds that he bypassed his CEO and commission accounting officer and replied directly to Dr. Kipsang and instructed him to deposit the funds in the NLC Bank account 01001032980000 domiciled at NBK Upper hill Branch.

A whistleblower MESHACK ONYANGO DEHAY who has written a personal statement to the Speakers of our Bi-Cameral house (Senate and NA) with supporting documents claims that the monies were to be split as follows.

Evidently, and since the NYS Scandal banks have become very apprehensive about any movement of large sums of money without a documented paper trail, and so too have the banking fraud unit.

So alarm bells went off all over the place when immediately Ksh. 1.5B hit the Barclays Bank account and within the hour, large transfers were being effected.

There was Ksh. 220m paid to Kenya Arab Contractors Ltd, Ksh. 15.5m to M-Lorry Ltd, Ksh. 70m to Justin and Mark Mburu (Francis Mburus sons) and Ksh. 50m to John Mutwiri (a rather shadowy character associated with Jimi Kibaki and who we shall focus on later).

Ksh. 5m was withdrawn in cash and carried away by another shadowy character who has been associated with Francis Mburu for many years – Geoffrey Mutisya Mbili.

The following day, they went and transferred Ksh. 930m to the account of Champion Kenya Ltd in Equity Bank, Fourways branch. This company is owned by the aforementioned John Mutwiri.

Champion Kenya Ltd then began the task of sharing out the loot in the agreed manner which prompted Banking Fraud Unit to freeze the accounts involved on the strength that the monies might be from dubious sources or being laundered.

It is very important to point out that Prof Muigai and his spanner boy Lawrence Waigi Kamau at the State Law Office were instrumental in writing favorable opinions that gave legal backing to the payment of these huge sums of public funds.

The State Law office has been complicit in so many land scandals by hiding crucial evidence from court cases. 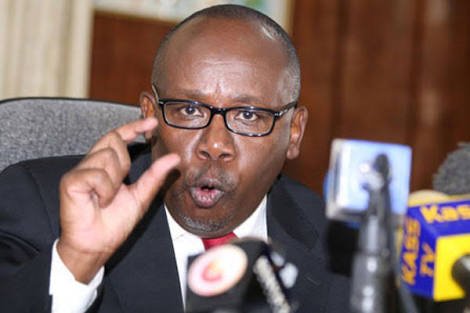 CAPTION: Professor Githu Muigai. Despite his polished fake British accent, he was bribed with Kshs. 250 Million. He turned the State Law Office into a brothel.

All the people mentioned above except for Francis Mburu have at minimum PhDs and are often referred to as Dr. These are some of Kenya’s finest brains yet they have slowly warped their minds to the national malaise of corruption.

For many years it was a sad joke that the once famous Tanager restaurant in the city was the centre of “brown envelope” journalism. Money changed hands here and decisions on which story to carry and which to kill were decided.

When Francis Mburu learnt that the Business Daily was going to do an indepth investigative story on the Ruaraka Land and the fake monetary claims he was making, including one for Ksh. 141B he asked that the court journalists and business editors from the Nation, Standard and Star be invited for dinner at Dusit D2 off Riverside Drive.

Apparently he gave them a cock-and-bull story about why he didn’t want too much attention foused on this claim before he agreed to share some Ksh. 3m with the journos “for Christmas” so that they could kill the investigative piece.

Whenever the issue of Francis Mburu surfaces, it normally appears alongside and in conjunction with the Kenyatta family, where it is sometimes reported that he is a close relation.

In 2015 as reported by the Business Daily, Jimi Kibaki was the beneficiary of Ksh. 100m for unspecified services granted to Mburu and his companies in an award granted to him by the High Court of Ksh. 4.2B.

In a remarkable twist of events, the AGs chambers negotiated the settlement down to Ksh. 2.4B which the Government was only too willing to pay.

Jimi Kibaki seems to have also agreed to reduce the cost of his “services” from ksh. 150m to Ksh. 100m in good faith.

Francis Mburu was to split some Sh400 million the government had paid him as instalment among Mr Kibaki (Sh100 million), Almasi Limited (Sh165 million), and a Mr F M Mulwa (Sh70 million).

The payment was to be made through two law firms — Harit Sheth Advocates and Mahmoud & Gitau Advocates — he hired in 2013 to oversee the settlements. Details of the payments have emerged in suit papers that Mr Mburu filed in court in July seeking to stop Harit Sheth Advocates from paying out any money to Mahmoud & Gitau Advocates, the latter law firm was supposed to handle the disbursement of the monies in question.

Whichever way you look at it, the man Francis must be connected all the way to the top, considering the maneuvering within Government circles and access to high level officials.

In our 2nd instalment, we will look at the role of the Kenyan justice system in aiding and abetting the looting of public coffers and the roles of specific judges, law firms and other individuals in this massive raCaket.