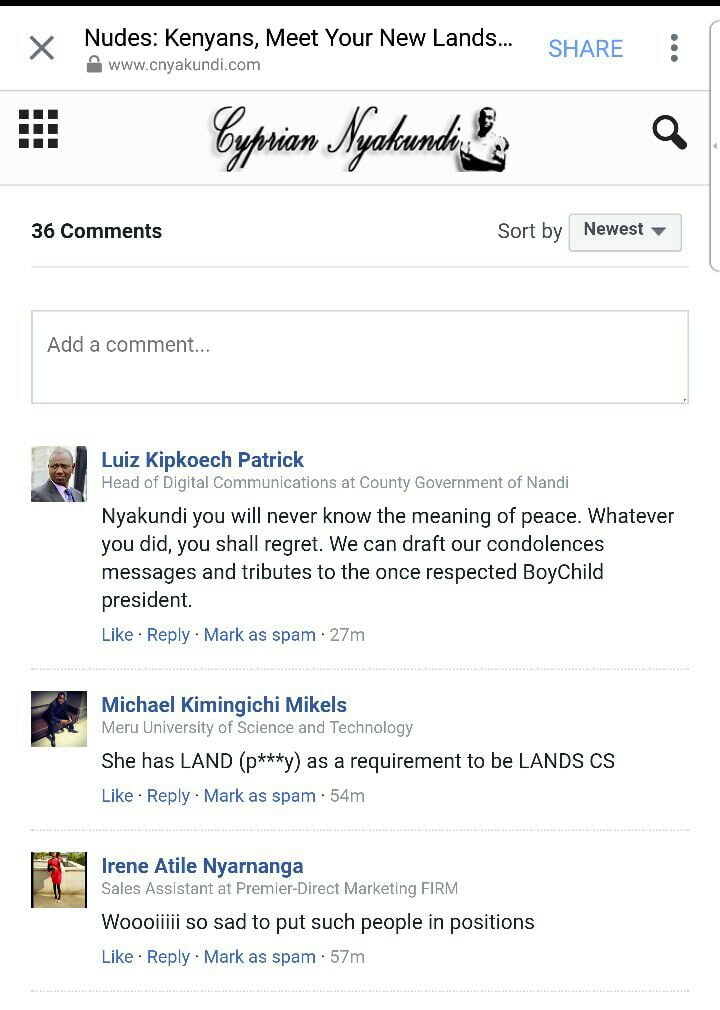 Luiz Kipkoech Patrick who acts as the head of Digital Communication at Nandi County Government, has issued death-threats to the Boy-Child President Cyprian Nyakundi.

This follows the re-publication of Farida Karoney’s nudes on the popular blog CNyakundi.com on the day that President Uhuru Kenyatta revealed the final list of Cabinet Secretaries.

Mr. Luiz wants to imply that the Boy-Child President is the one who took those photos of the naked lady, and leaked them to bloggers 7 years ago.

I think it’s time people stopped placing themselves on pedestals they don’t deserve to be. Mr. Luiz, perhaps overwhelmed by “power” and County trappings, is getting high on his own supply. 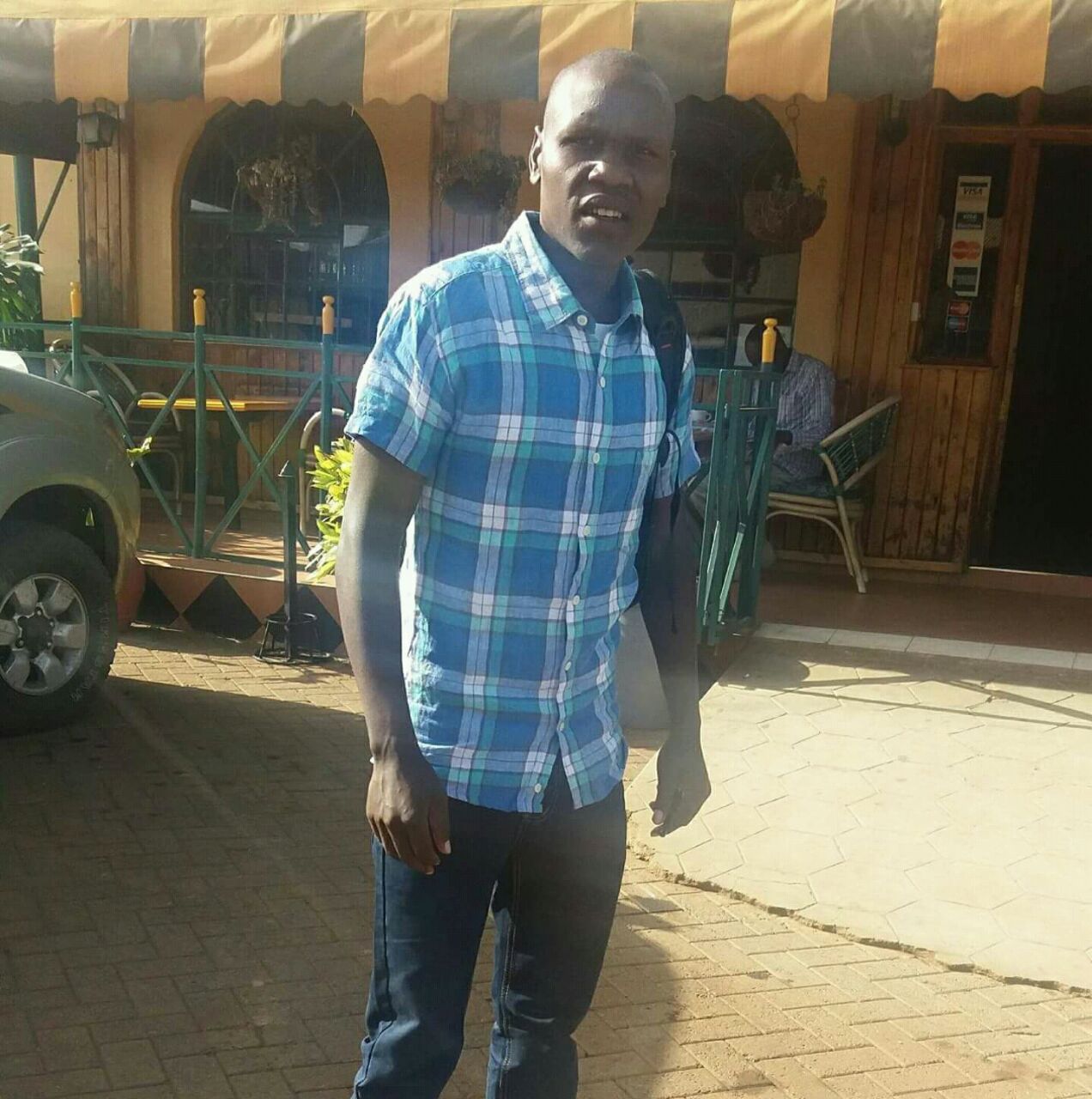 Luiz seems to imagine that us Kenyans, eat at his house, because the arrogance which he’s speaking with, would make you think that the sun shines up his ass.

If he wanted to attract cheap attention and bootlick the ruling class using my name, well I’ve handed it to him on a silver platter.

But Farida Karoney is now a PUBLIC official, not a Kalenjin elder. Take your ethnic crap and shove it down your throat. From now henceforth, she is accountable to THE PEOPLE, not Kalenjins.

So please my fren, peleka kiherehere hio yako huko kwenu Nandi. Work so that we can all know what that County of yours offers, other than being a hot-bed of Post-Election Violence, tribal-clashes, ethnic-cleansing and the likes.

We want Counties to be disbanded in the referendum because of the arrogance and high-handedness of County officials like yourselves. Munajichocha sana.