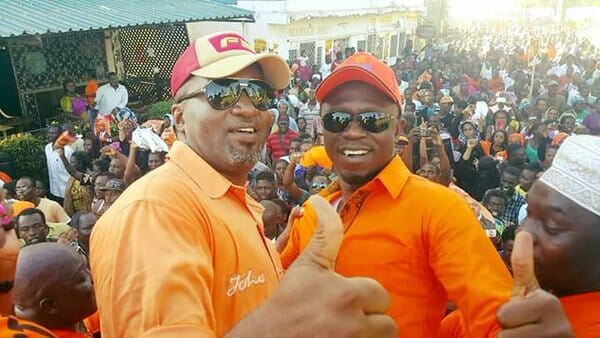 Bundalang’i MP Ababu Namwamba and Mombasa Governor Hassan Joho are said to have gone back to the drawing board over the failed ODM national elections. Sources say attempts by Cord Leader Raila Odinga to amicably solve the matter through consensus has hit dead end.

Sources now say that Joho and Namwamba have allegedly declined offers for positions in the ODM leadership saying that they  had not been consulted before they were offered such positions.

According to well-placed sources, Raila wanted Ababu to take over as the party’s secretary general and Joho as the party leader. In the deal, nominated Senator Agnes Zani would be deputy secretary general, while Homa Bay Senator Otieno Kajwang would get the chairmanship.

It is however still not clear if Zani and Kajwang’ had accepted to take up the two positions.