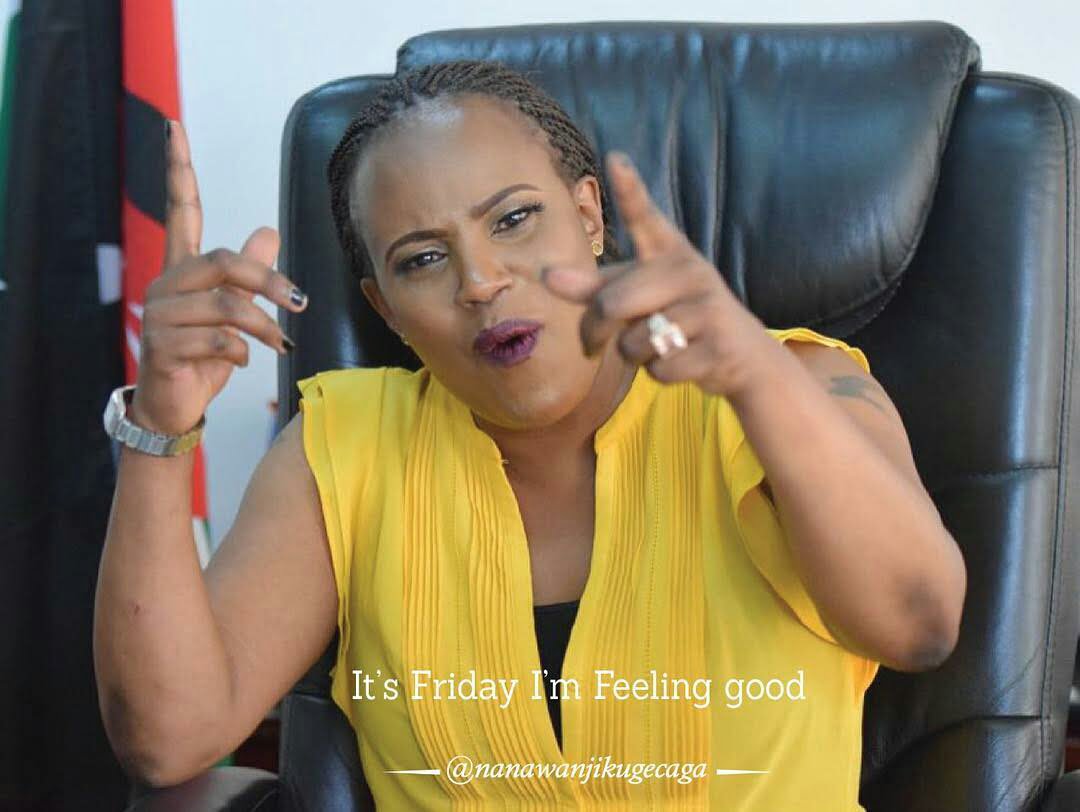 CAPTION: Nana Gecaga is slowly encouraging other people afraid of social media presence, and demystifying it to her social-class which has been apprehensive about it.

A seismic restructuring seems to be taking place in Kenya’s social media ecosystem. Especially Instagram which is a combination of both audio, visual and written content.

For long, Kenya’s middle and upper middle-classers were shamed by society against being overtly expressive on social media. Many were held hostage by narratives amongst peers who would badmouth anyone who even dared to build social-media capital.

Despite a privileged background, polished demeanor and an abundance of creativity, peers shamed themselves into silence, leaving room for shameless self-promoters to thrive.

In this “dark” era of Kenyan social media, we saw charlatans and backstreet hoodrats rise from obscurity and become overnight celebrities, not out of any special skill or talents. These are the likes of Huddah Monroe, Vera Sidika, Amber Ray, Betty Kyallo and Janet Mbugua.

While the last two capitalized on the media coverage to amass some following, the others have risen to fame purely through peddling flesh, twerking, and occasionally dispensing their poorly constructed sentences coupled with ghetto accents.

And by hook or crook, this lot has gone on to create thriving Enterprises, mostly through the marketing of lifestyle brands and also launching their own cosmetic/beauty outfits. Meanwhile, many man and women alike, who were raised well and have more tools and better content to offer Kenyans, remain living in their parents home due to lack of opportunities.

Yes you heard me right; many of them still live with their parents.

But for all her flaws, Anerlisa is the first upper-middle-class lady to overcome this stigma and putting herself out there. While many of her peers who hail from a similar background opted to lay low, in the assumption that humility and mystery are impeccable qualities to possess, Anerlisa flipped the script.

And while many have predicted an inverse reaction to her outreach activities, results show that her business is booming now more than ever, as she was recently displaying a new production line, where she is going head-to-head versus big water manufacturing outfits. 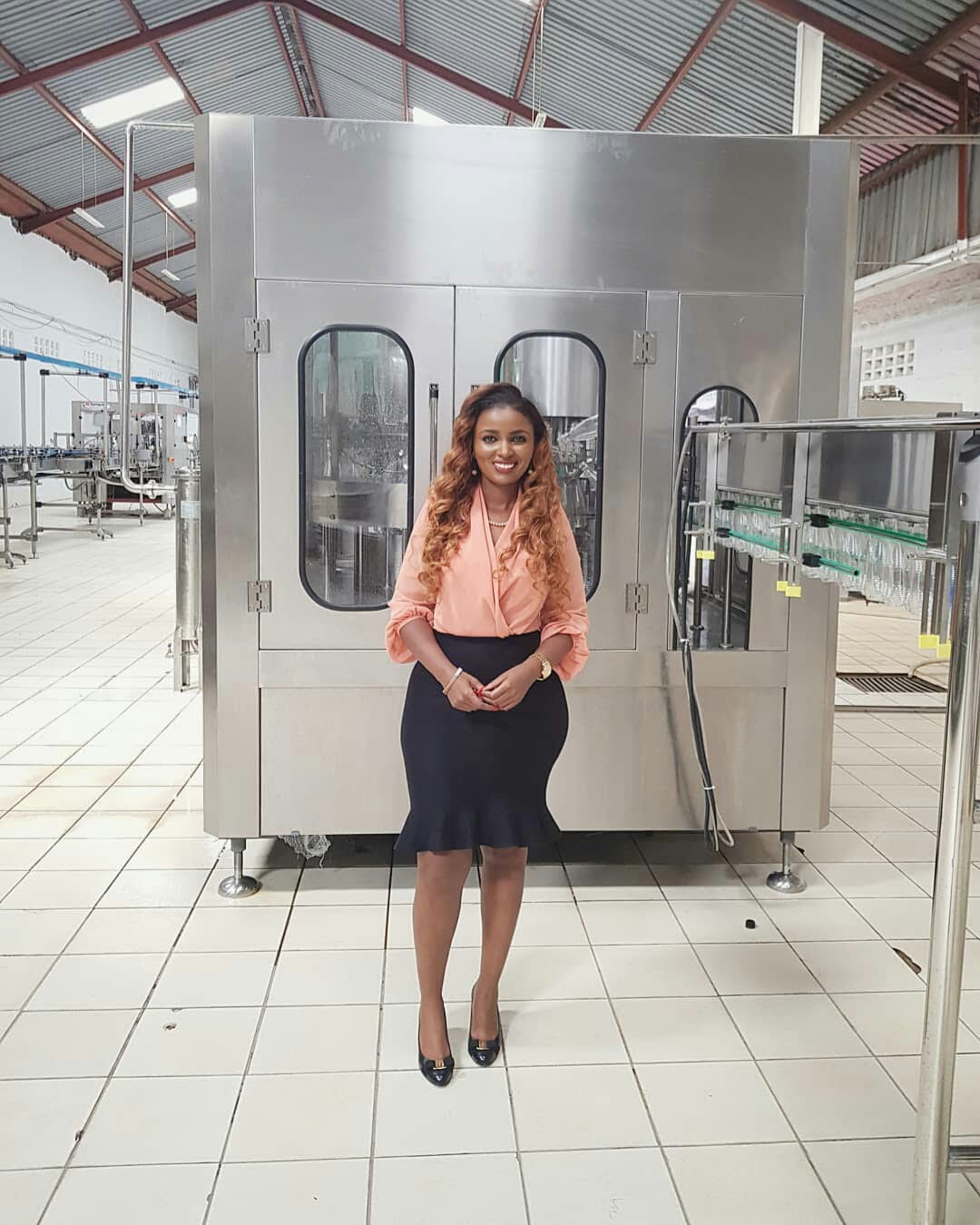 CAPTION: Anerlisa Muigai has really capitalized on her social media presence and contrary to peddled misconceptions, it’s bearing fruit. She recently commissioned a new machine and expanded her product range.
And now Nana Gecaga seems to be offering an even better product, because of her privileged upbringing and good accent. Her delivery is also better because it’s devoid of the generous displays of the flesh.

And in the Instagram ecosystem, there exists a wide audience for people who want such a package. They may not be the majority, but that niche is there. Infact there is enough for anyone and everyone who wants to share a story or experience.

The ladies/women in the country who believe they have something to share, should stop being bullied by their shallow-minded peers into submission and silence. If you know you have brains and not necessarily an impeccable body, there is space for you to thrive.

This misconception peddled by bogus “Githeri” Media journalists like Larry Madowo that social media is only for bespoke bodied socialites back in 2012 when he started parading them on The Trend, has been our undoing as a country, and we have not been able to extract full benefit of social-media, despite the well documented potential.

Kylie Jenner is now approaching the $1Billion mark in earnings, purely from capitalizing on her social-media capital. Leaving all that potential to socialites and twerkers is denying yourself a wealth of opportunities.

I think the well brought-up people in Kenya are so controlled/manipulated by cliques, that they’d need approval from their clique-heads to do something. People are afraid to go against the structure and miss invites to parties and events, if for instance they air an opinion that is not concurrent with hegemony of the day.

Males especially have become the new whores. They gravitate around the guy buying alcohol and inviting them for events. It’s their way of social validation. Your opinions will then be shaped by these Alpha males in the pack.

For instance, Jeff Kiboro a Nairobi tenderprenuer, is said to control a large clique of grown men, because he buys them alcohol when they’re out clubbing. With that state of affairs, clique members are turned into praise-singers who cannot harbor their own opinions or have a stand. They have to literally suck his dick.

And men become possessive with their sources of relevance and free flowing alcohol, that they become hooked to it like a drug. Such that if for any reason you’re discarded from that social-grouping, you end up stressed leading to depression or worse, suicide like the late George Pozza.

Online, we also see a semblance of this structure with many guys gravitating around Brian Mbunde of Scan-Ad because of the possibility of free tickets to events or the occasional gift hampers. Many of the dudes who throw shade at Nyakundi cannot even tell you why they hate me. They just found a structure and slid into it. And to pledge loyalty to their benefactor, they have to occasionally throw in a tweet, castigating me for one thing or another.

And what’s Nyakundi’s problem anyway? Have I stolen anyone’s money? Have I fucked anyone’s wife? Not at all. I simply don’t have time to suck another dude’s dick. I don’t have time to come follow you around Nairobi soliciting for alcohol and freebies, like Jeff Kiboro or John Muhoho or Pepe’s coterie of groupies. Nothing personal.

And that’s Nairobi for you. Men have become the new whores who have to either conform or be booted from cliques.

This sad state of hopelessness amongst men creates an immense opportunity for women, who don’t necessarily conform to such hierarchy structures, especially because the feminine primal order is naturally competitive.

Men in Kenya have been subdued into silence using a combination of both social hierarchy structures and toxic feminism, where activists have gone out of their way to project women’s empowerment as being synonymous with male suppression. This combination has seen many men shamed into oblivion and women take their place. 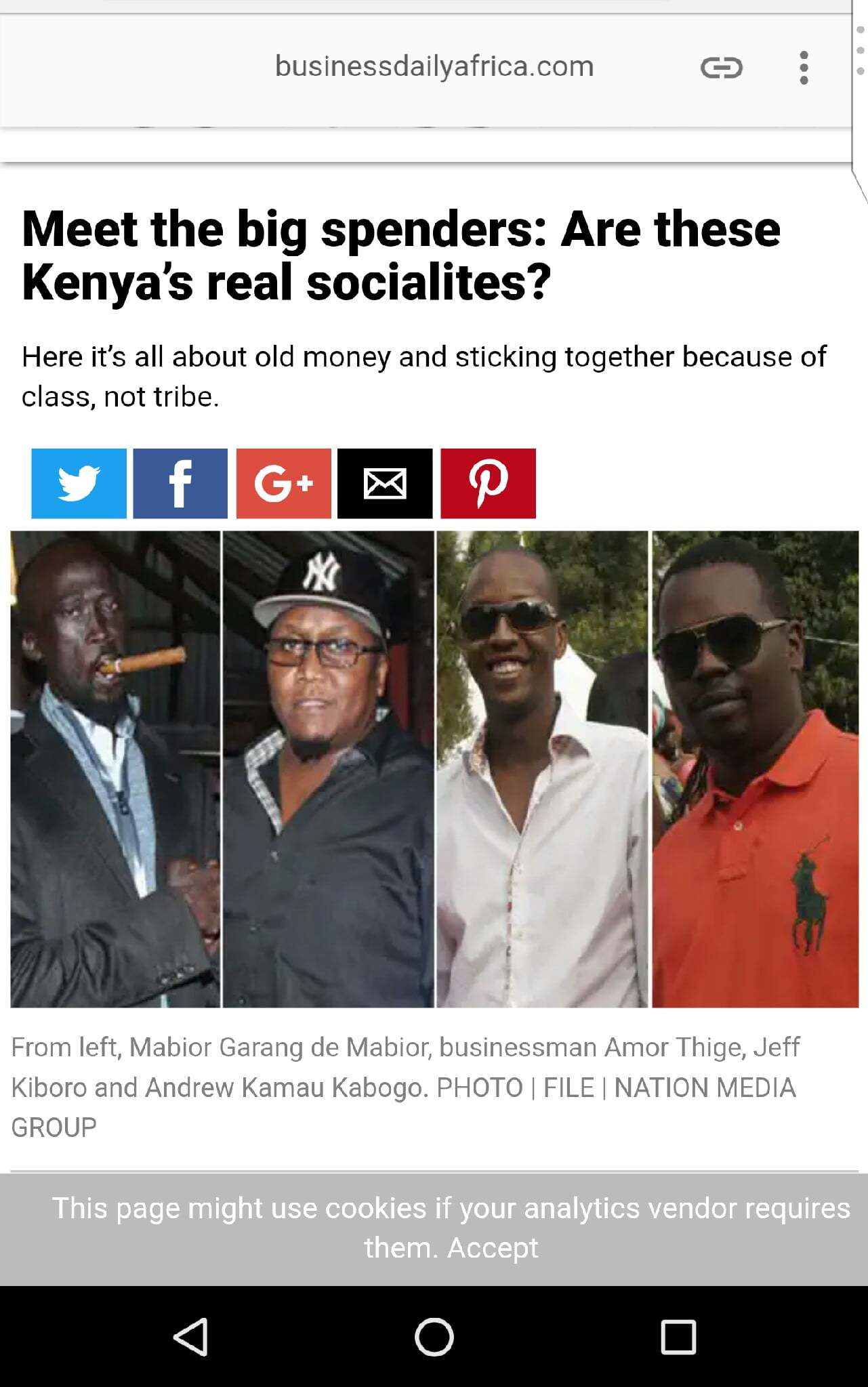 CAPTION: Men of low self-esteem in Nairobi, have been forced to suck the dicks of others like these ones covered a couple of years ago, so as to remain relevant and gain social validation. And to fit in, they’re given an ultimatum to discard their own identities/personalities and conform with an unwritten social hegemony. And what’s these clowns claim to fame anyway? Nothing special, just that their fathers were or still are thieves.

While today’s article isn’t about toxic-feminism which we have covered at length previously, I only wish to encourage other ladies to out-grow the stigma of having social media presence. Everyone has their profile online. Remaining in the shadows actually draws more attention to you.

If I Google your name and nothing comes up, then you’re probably a crook. Crooks are the ones avoiding social-media like a plague. For instance other than the politicians involved, all these other NYS thieves are virtually non-existent online. Not even a Facebook or Twitter account. Now you know how to spot a thief!

I am glad that a lady called Lisa Gaitho (inspite of her demented views) has been able to organically generate conversation all the way from Nigeria, without relying on generic PR mechanisms of first attending Churchill Show, then placating Maina Kageni, so as to be known, as Nana Gecaga was forced to do. It can be done if you have the right content.

Snap out of the bullying and peer shaming. Social media is here to stay. The sooner you adapt, the better. Let’s keep it flowing.