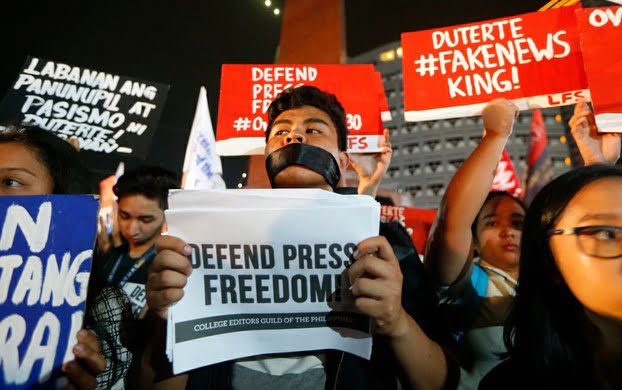 Unidentified gunmen shot dead a radio announcer before dawn Friday in the central Philippines, but police said they were still trying to establish if the murder was related to his job, Benarnews Site reported today

Gabriel Alburo, 50, was on a motorcycle on his way home after watching a cockfight in La Libertad town, Negros Oriental province, when two men on another motorcycle opened fire, hitting him 13 times, investigators said.

A police report said Alburo, known as “Commander Aguila” on his radio program on DYJL AM radio station, was running as a candidate for local councilor in the upcoming May elections, but was not known to have political enemies.

Philippine news website Rappler quoted police as saying that Alburo figured in a verbal squabble with somebody over a cockfighting bet.

Alburo is the second media practitioner to be killed in the province this year, after the death in April of Edmund Sestoso, a crusading journalist who tackled corruption in his radio program.

Alburo’s death brings to 13 the number of journalists killed since President Rodrigo Duterte assumed office in 2016, and the 186th since democracy was restored in 1986 after a civilian-backed military revolt led to the downfall of authoritarian ruler Ferdinand Marcos.