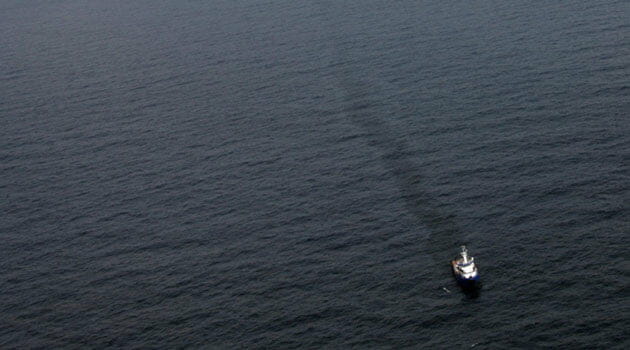 Two Greeks and a Pakistani taken hostage three weeks ago off the coast of Nigeria in a bloody attack on a Greek oil tanker have been freed, the ship’s owner said Wednesday.

Aeolos Management, owner of the Maltese-flagged VLCC Kalamos, said in a statement that pending medical examinations the three men would be flown home to recover from their “traumatic experience.”

The firm said that no details would be released on how the three men were freed, since “this might encourage further attacks and hostage taking” off the coast of the oil-rich west African country.

It expressed its “great sadness” over the death of the vessel’s chief officer in the February 3 attack in the Gulf of Guinea, which experts have said is the new epicentre of piracy in Africa.

The ship was anchored and awaiting cargo from Qua Iboe, an oil terminal in Nigeria’s southeastern region operated by US oil giant ExxonMobil, for shipment to China when it was boarded by the pirates.

Between January and September last year the area recorded 33 incidents of piracy and armed robbery, according to the International Maritime Bureau (IMB).

It said the pirates operating off the coast of Nigeria, Togo and Benin are heavily armed and violent, and often hold crews hostage for several days.