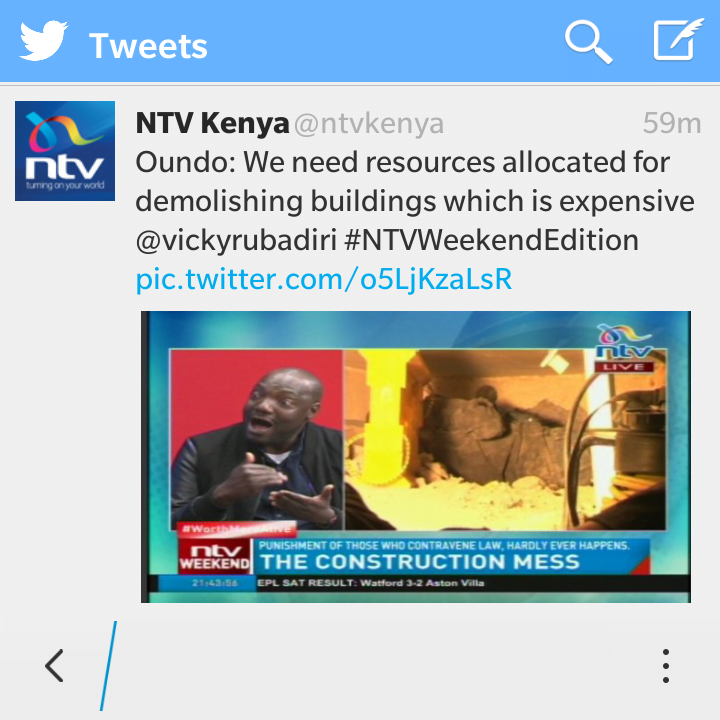 Today, the television station headed by the incompetent Linus Kaikai who prefers to cancel meetings so as to play golf, was at it again. NTV hosted Steven Oundo, the Chairman of the National Construction Authority (NCA) for a live interview, where he seized the opportunity to solicit for more money, instead of being accountable and show what he has done with the “little” he has.

This tactic of using mainstream media was largely perfected by the Independent Electoral and Boundaries Review Commission’s chairman Isaack Hassan and his then CEO James Oswago, who used to bribe journalists and editors to dramatize their perennial lack of funds in order to embark on projects like the BVR kits acquisition.

Bribed mainstream media journalists would then frame this deluded narratives and portray the so-called “under-funding” of IEBC as a calamity, instead of other important functions like education, health, sports, and others. It was a strategy that IEBC uses to blackmail treasury for emergency allocations, yet we very well know that the electoral body is a den of corruption.

Today, Steven Oundo during a scripted interview with feminist single mother Victoria Rubadiri and Daystar mediocre journo Larry Madowo claimed that the National Construction Authority needs more money for demolishing buildings, clearly using a calamity to further an agenda for personal gain. He would of course like more money allocated so that he can get a chance to steal.

Indeed, we know the profession that has been the biggest fraud in our country is the engineers, surveyors, planners and related activities. Engineers, especially those working for Government are bribed by contractors to approve substandard roads, they also approve shoddy buildings and the likes. Thika Road for instance was approved yet money meant to build drainages was embezzled by former PS Engineer Michael Kamau, who used it to build Radisson Blu in Upper Hill.

What Mr. Oundo should know is that the National Construction Authority doesn’t need more funds, because money isn’t a quick-fix panacea to all the afflictions that plague this country that is being finished by Uhuru and Ruto. The NCA needs to enforce standards of professionalism and ethics, by cracking down on rogue contractors and professionals under its banner.

For instance, the country has been complaining about a contractor by the name of Njuca Consolidated Limited, who is building sub-standard roads in Mombasa and Kiambu counties that take long periods of time to complete without the required drainages and footpaths. You mean you’d need money in order to reprimand this rogue contractor Mr. Oundo? Give us a break you piece of shit!