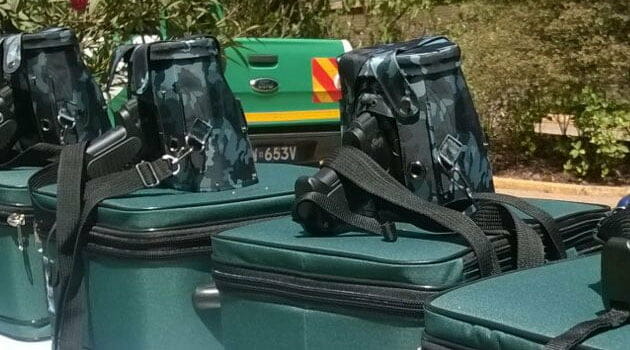 Vehicle registration number plates fitted with new identification features will be commissioned on June 1 this year, according to the Transport Cabinet Secretary Michael Kamau.

The number plates will be fitted with a micro-chip that will hold the personal information details of the car owner which include the type of the vehicle, its particulars among other information.

Kamau says the number plates will help reduce crime as well as enhance the fight against road carnage in the country.

“In the recent past, there has been an upsurge in the use of unprescribed motor vehicles number plates. This is itself illegal,” he warned.

The National Transport and Safety Authority, he said, has already impounded over 50 number plates including some from senior government officials that were fake.

“It does not matter who you are…we shall not allow people to use illegal number plates so that they can do their own things,” he warned.

“The use of un-prescribed number plates compromises the national security since the ownership of such motor vehicles is not in NTSA’s data base; and therefore cannot be authenticated. This also applies to government vehicles,” he stated.

As a result, police will be having a gadget that will be able to detect all the information required about a specific vehicle.

He was speaking on Monday at the NTSA headquarters when he launched 20 speed cameras donated to the National Transport and Safety Authority by the World Bank bringing to a total of 110 speed cameras in the country.

“In order to enhance the capacity of the enforcement teams in detecting speed violations, NTSA is working towards increasing its capacity to enforce and in this regard additional new speed cameras and breathalyzers have been procured to help in detection,” he said.

On the fatalities during the months of January and February, Kamau said there was a 5.8 percent increase which saw 492 people dead compared to 465 people last year during the same period.

The increase was attributed to “human error and in particular speeding, dangerous overtaking, drink-driving and the use of undesignated areas by pedestrians.”

“This is unacceptable particularly due to the fact that a large majority of these fatalities were indeed avoidable,” he said.

He said as a result, they have launched a joint enforcement safety team drawn from the transport authority and traffic police to enhance efforts towards fighting road carnage.