A swimmer on Laker Turkana was attacked by a crocodile which tore him apart. The graphic photo which was shared on social media by Jimmy Loree HSC (@JimmyLoree) yesterday said that a third victim had escaped by a whisker.

Good Morning @kwskenya ,Second victim of crocodile attack at Kalokol L Turkana .We are scared the man eater crocodile might strike again after 3rd victim escaped by whisker .This could have been avoided if your soldiers could have done what is expected of them @Asamoh_ @watichu pic.twitter.com/IjnGxtwvF6

In early February, a Worlf Food Programme employee met her death at the shoes of Lake Turkana after she was attacked by a crocodile.

It was reported that the official was attacked at around 1am Thursday (6th February, 2020). According to Turkana Central Sub-County Police Commander David Mburukuwa, the crocodile singled out the woman who was in a group of people swimming along the lake’s shores.

The incident took place at Christine’s Camp site where WFP had organised a training for the county’s public service officials. 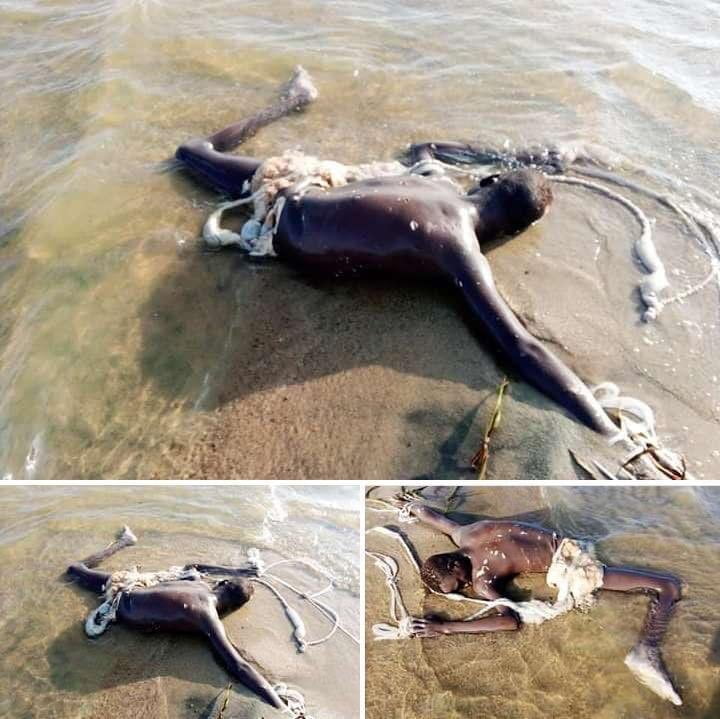