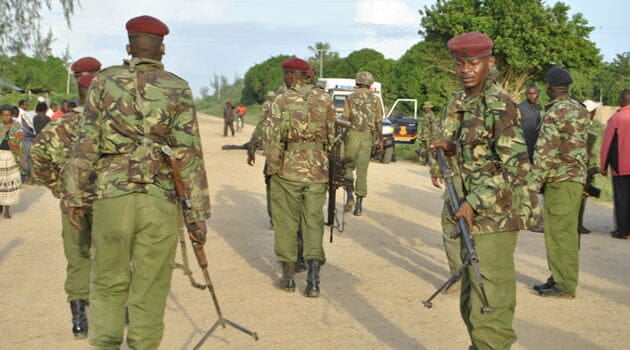 State House says the government may consider an appeal against the High Court ruling that struck out eight clauses from the controversial security laws.
State House Spokesman Manoah Esipisu said the government may alternatively consider sending the matter back to Parliament with necessary changes because it still holds that the laws are necessary to help keep Kenya safe.

“The government continues to maintain that the eight clauses struck down by the High Court were necessary in its efforts to keep Kenya safe. As such, it is studying the implications of the ruling to determine whether to appeal or to return the clauses to Parliament with the necessary modifications,” Esipisu stated.

However, he said the government was pleased that most of the clauses in the security laws were retained, which was a big plus for the government’s intentions to make Kenya secure.

“The government respects the decision of the court and notes that this was a large bill with many provisions. The court’s decision left intact more than 90 percent of it. In doing so, the court also confirmed the need for comprehensive legal mechanisms to address security challenges that Kenya faces,” he explained.

The eight clauses struck out by the five-judge bench include the one that could have allowed police to detain terror suspects for long without charges and another that sought to curtail media freedom.

“Although the court has not agreed with us with on a few statements of facts particularly regarding how this law was passed, we still congratulate the court for standing up for the constitution,” Odinga said.

“We still congratulate the courts for the statement of the law regarding its own power and protection of civil liberties particularly in respect of freedom of the media on which the court has been emphatic that we need freed media to safeguard our nascent democracy,” Odinga said.

The former premier however said CORD was dissatisfied with some of the clauses retained by the judges even though most of its prayers had been granted.

He alluded that CORD would consider an appeal for other controversial clauses to be struck out as well.

“On areas of fact where the court has not agreed with us, we will be seeking second opinion in the appellate courts.

The security laws were largely intended to respond to Kenya’s crisis in dealing with terrorism following a series of horrific attacks experienced in the country especially since 2013.

The grand attacks included attack on Nairobi’s Westgate Mall where over 60 people were killed, Mpeketoni attack in Lamu in which over 100 people were massacred and two attacks in Mandera that claimed over sixty lives.

Other attacks were experienced almost on a weekly basis in various parts of the country including churches.