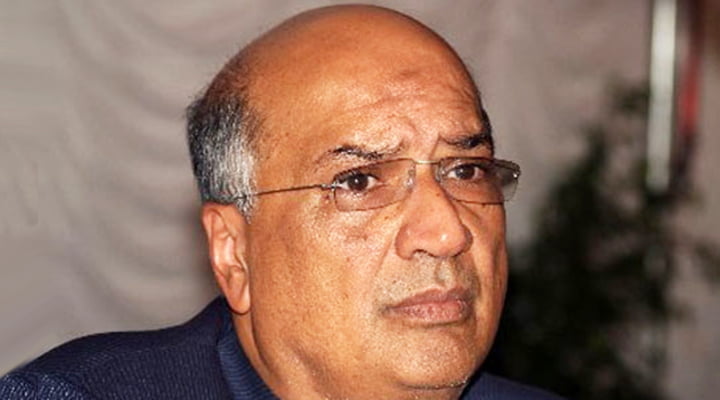 It is emerging that the whole transaction cost some Sh1.7 billion. Whether this is a true story happening in Dec 2020 or in 2016 remains to be see

It was a wrong move as it further dented the little the bank was holding on to stay afloat.

Spire Bank (formerly Equaorial Commercial Bank) has struggled since acquisition by Mwalimu National Sacco. Teachers were lied to into buying a collapsing entity from the rogue Merali of Sameer Group.

The transaction between Merali and MNS is now under probe by the government.

The Senate Finance and Budget Committee believes that Merali is solely responsible, through his actions, for the ‘downward spiral of the financial institution’.

“Merali had huge deposits which he withdrew in 2016 to the tune of Ksh.1.7 billion. In the aftermath, there were panic withdrawals from customers given what happened to Imperial and Chase banks,” said Mwalimu Sacco Chairman Wellington Otiende in a virtual meeting with the Senate Committee on Wednesday.

In 10th October 2014, Mwalimu National SACCO signed an agreement on to buy the banking and investment arm of ECB. The SACCO then became the majority shareholder in the Bank, having acquired a 75% stake at the cost of Ksh.2.6 billion.

Bungoma Senator Moses Wetangula, a member of the Senate Committee, suspects deposits by the businessman would have been used to cloud the true financial health of the bank in spite of the conduct of due diligence including by audit firm Ernst & Young.

“Once can say that due diligence on the financial health of the bank could have been substantially predicated on deposits held including Merali’s. If Merali goes on and withdraws the money leaving the bank as a hollow shell, this is quasi criminal,” he said.

“It is surprising that all over sudden, after Merali sold his shares, we have a situation where you as the bank are looking for a strategic investor. Is it that due diligence was not done?” he posed.

Teachers bought Spire Bank, then the Equatorial Commercial Bank in late 2014 at a Ksh.2.4 billion taking up a 75 stake in the lender.

What has followed since the purchase of the bank has been six years of losses which have pushed the bank to the edge of the abyss.

Interest expenses by the bank now topple earnings from lending activities while loan defaults at the financial institution are now equal to the bank’s entire loan book.

Moreover, the bank stares at the wrath of the Central Bank of Kenya (CBK) with its capital and liquidity ratio falling further in breach of regulatory provisions.

In 2019 reports indicated that teachers’ could lose over Sh6 billion worth of life savings invested to resuscitate the struggling bank as it was white elephant.

Teachers are now keen on disposing the bank which risks eating up their savings and investments in Mwalimu National Sacco.

For instance, Spire Bank has eaten up teachers’ initial investment in the lender with shareholder funds sinking to negative Ksh.8.4 billion from six years of accumulated losses.

The management of the bank says it has been engaging potential investors to lift Spire from its knees.

How CBK and the Competition Authority of Kenya (CAK) came to give their approval for MNS to acquire this bank, a move that had been opposed by Cooperative Alliance of Kenya  and Commissioner of Cooperatives is still a mystery.

“Negotiations have proved to be extremely difficult. Three potential investors have for instance exited even after giving us timelines. We are hoping to meet someone serious who is willing to fulfill prudential guidelines before the end of the year,” he said.