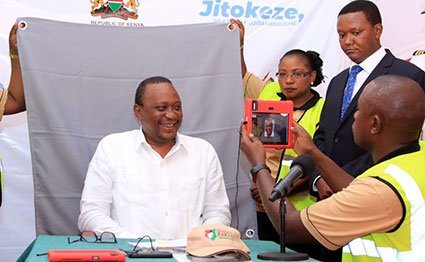 The government of Kenya (GoK) currently under the unable hands of Jubilee regime has fucked youths most of the time.

We keep on receiving complaints from Huduma Namba registration personnel.

At first, they were supposed to be paid Kshs. 1500 per day then later a mysterious letter appeared online, let me confess, I saw it not from a government Twitter account, but from a personal acoiunt, bearing the seal of the Kenyan government stating that agents will now be paid Kshs. 1000 per day.

Kshs. 500 was reduced just like that by the stroke of a pen. 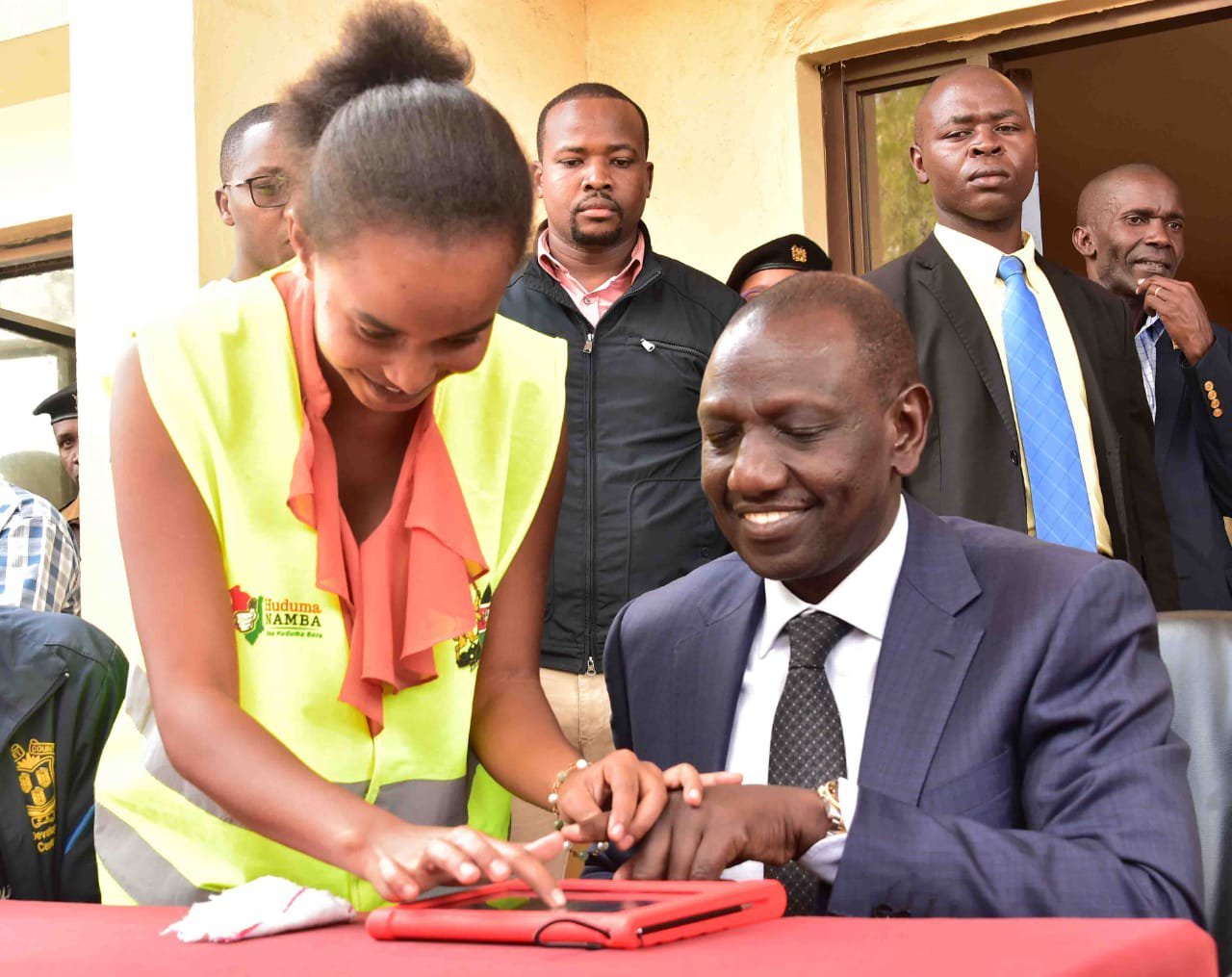 Who is pocketing the rest of the money?

The explanation given by the letter was that the registration period has now been extended to 45 days from the previous 30 days.

Remember the MPIGs (Members of National assembly) continue to add allowances to their salary.

It should not be lost on you that neither President Uhuru Kenyatta nor his deputy William Ruto, or any of the motherfuckers running government has or will ever take a paycut.

So, who is pocketing the money meant for the Huduma Namba registration personnel?

Your guess is as good as mine.

Under the sweltering heat, the biting cold and the long treks, Huduma Namba registration agents suffer.

Some say they don’t get lunch.

Others complain that their money has been given to some county administrator to handle.

In Thika, we saw that the agents were charging Kenyans Kshs. 20/-, or was it that the forms run out and that they were asking in good faith for a Kenyans to pay for printing/ photocopying?

The government is broke when it is time to employ or pay the youths. 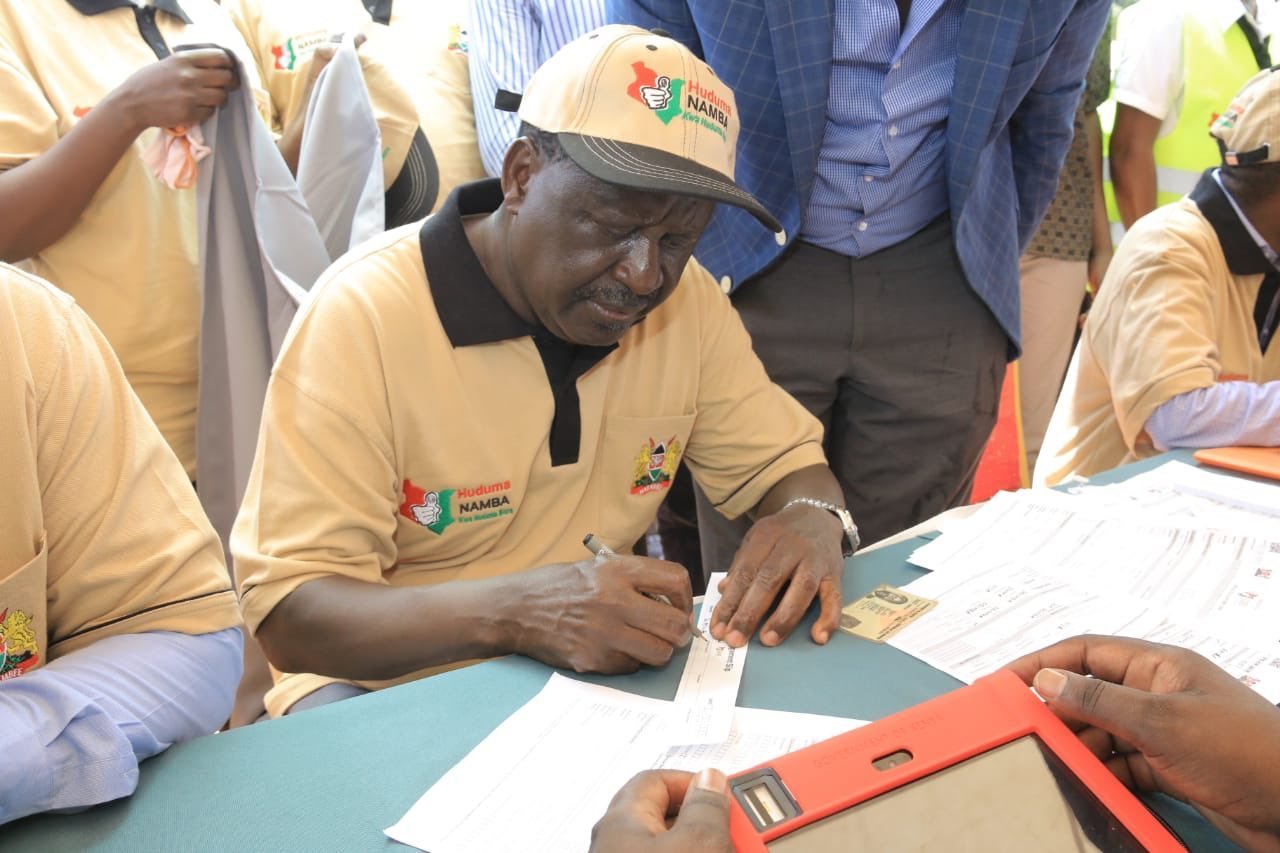 This forced the World Bank to suspend funding for the Kshs. 4.3 billion programme that was being supervised by the Prime Minister’s Office.

No one has ever been held accountable, including ODM Leader Raila Odinga, the then Prime Minister and his corrupt staff led by Caroli Omondi.

The complains of underpayment, mistreatment and oppression has been reported in Kisii, Machakos, Kitui, and Kiambu counties. 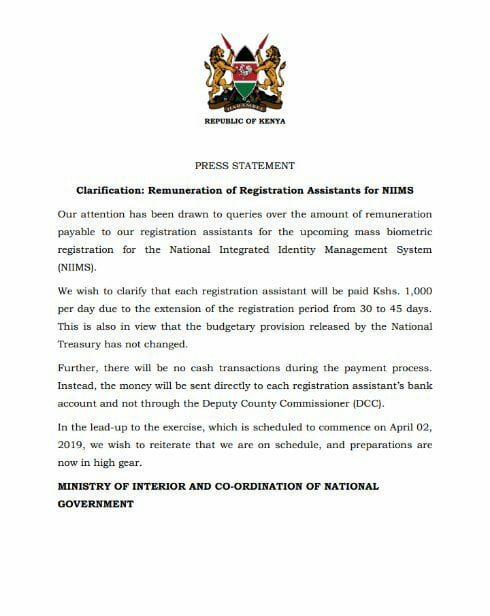