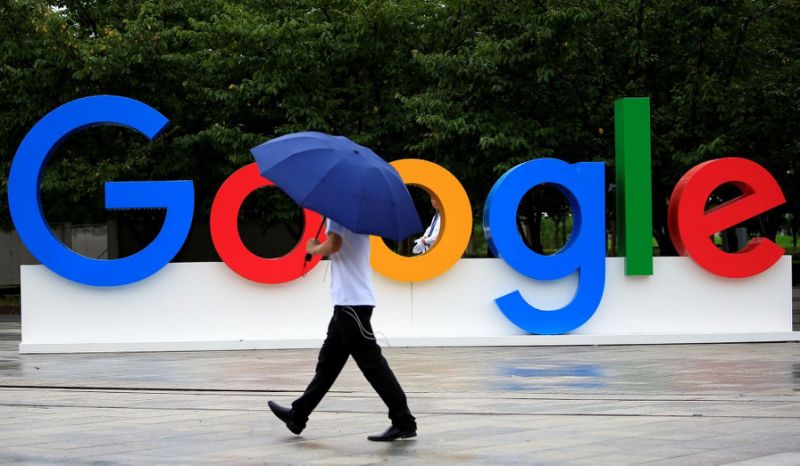 The toxic feminists have always had a way of making the society to believe that Male species have always had an upper hand in almost everything in their day to day life compared to women. However, that has always not been the case. Several recent studies reveal that men are often victims of unfairness within the society.

Most men are always subjected to unfair treatment ranging from various ways like; harsh court judgement compared to their female counterpart on the same case, denial of fatherly rights in an event of a of divorce or major ones like sexual assault, which in most cases women are often the perpetrators.

New study now reveals that tech giant Google has been underpaying its male employees since 2018 than their female counterparts in the same job group.

The search engine company has been for a longer period under investigation by the Department of Labor after a series of lawsuit filed against Google by former women employees alleging that the company had a tendency of underpaying women doing the same work as men.

Google decided to conduct a study to determine whether the company was underpaying women and in a twist of turn the company found out, that actually men were the ones paid less money than women for doing similar work.

“The 2018 analysis flagged one particularly large job code, Level 4 Software Engineer, for adjustments,” Google wrote in a blog post. “Within this job code, men were flagged for adjustments because they received less discretionary funds than women.”

The internal study’s findings were made public on Monday where the company added that the most people who were affected with the pay gap were the software engineers.

The findings further add that besides men and women in the same job categories being paid equal salaries, the managers were allotting more “discretionary funds” to female engineers.

As a result of the findings, New York times reports that the tech giant compensated 10,677 male employees an extra $9.7 million to settle pay discrepancies between them and other female co-workers with the same role.

“Our pay equity analysis ensures that compensation is fair for employees in the same job, at the same level, location and performance,” the blog post said. “But we know that’s only part of the story. Because leveling, performance ratings and promotion impact pay, this year, we are undertaking a comprehensive review of these processes to make sure the outcomes are fair and equitable for all employees.”