The head of Google Communication and Public Affairs for Africa Dorothy Ooko has responded to Ugandan President Yoweri Museveni’s vacuity.

Dorothy Ooko in her quick and brief response to UCC’s request to take down 17 YouTube accounts that have largely been publishing or live-streaming content from presidential candidate Robert Kyagulanyi’s (Bobi Wine) campaign trail said that;

“it is very hard to just have a channel removed due to a government request.”

Having gagged Ugandan media with all manner of repressive laws, raids, arrests & intimidation (plus taxing social media), the regime now asks Google to block social media channels that support us or carry message of change! The dictator is in panic! #WeAreRemovingADictator pic.twitter.com/Eh7MF3ovSz

The channels that UCC is targeting have been gaining traction because of the content they publish, most of which is enhancing Kyagulanyi’s messages.

Ghetto Media, for instance, had more than 59 million views and 300,000 subscribers as of December 15.

In a letter dated December 9, 2020, to the Chief Executive Officer Google Inc, UCC said that the YouTube channels it listed violated Ugandan laws and that the continued broadcast by the channels might cause economic sabotage and compromise Uganda’s national security.

“The broadcasts contain gruesome pictures including pictures of dead bodies, wounded victims of attacks and accidents, in a manner likely to cause public anxiety. Glorifies lawlessness and undermines public interest, confidence in the law and its enforcement in Uganda,” the letter reads.

Museveni thinks he can dictate everything everywhere just the same way he’s killing Ugandans just to cling to power.

“We always follow local law, but it would have to be a valid court order if a government wants a channel pulled down. The letters just show what the UCC submitted to the Embassy; they are not court orders,” Ooko said.

A transparency report on YouTube community guidelines indicates that the site does not allow pornography, incitement to violence, harassment, or hate speech, and relies on a combination of people and technology to flag inappropriate content and enforce these guidelines.

The report adds that a YouTube channel is terminated if it accrues three warnings in 90 days, has a single case of severe abuse, or is determined to be wholly dedicated to violating the entity’s guidelines.

“Flags can come from our automated flagging systems, from members of the Trusted Flagger program (NGOs, government agencies, and individuals) or users in the broader YouTube community,” the page reads. 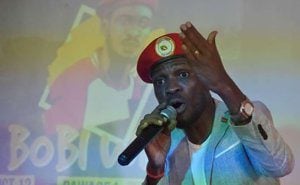 Bobi Wine addressing his supporters at Mandela Stadium in Uganda

According to Robert Kirunda, a constitutional expert and a lecturer of Law at Makerere University, the UCC’s request in the middle of a presidential campaign is an attempt to limit online space for the musician turned politician.

“This is political, it’s not about business or registration. UCC gagged mainstream media and they thought that once you control radio and TV and say don’t air Bobi Wine rallies, you have solved the problem. But the complexities came when Bobi Wine supporters started using online channels to broadcast his messages. These channels are hard to regulate,” Kirunda said.

Nicholas Opiyo says that the letter by UCC is indicative that dictator Museveni doesn’t understand how big-tech companies such as Google operate.

As someone who has acted for @Facebook in the TVO case in Ireland, I can confirm that the sites cited in the @UCC_Official letter haven’t violated any community standards or haven’t been found by a court of law to have done so. The letter is thus a fuss over nothing but prejudice pic.twitter.com/1VbqizT7bh

This writer conducted Abdul Salam Waiswa, the head of Ugandan Legal and Compliance at UCC via phone for a response.

Waiswa told this writer that the listed channels have not registered as required by the law in Uganda.

For those of you who might be hearing this for the first time, UCC had early this year directed all online publishers to not only register but also pay taxes.

So, for someone like Museveni who has been ruling Uganda for almost 3 decades, doesn’t he have at least someone with a shred of brains to tell the old-man that it doesn’t require the intervention of Google to have the platforms registered?

Just for the heads up, the social media tax and draconian laws that Museveni is globally portraying his absurdity with will be implemented in Kenya come January 2021. 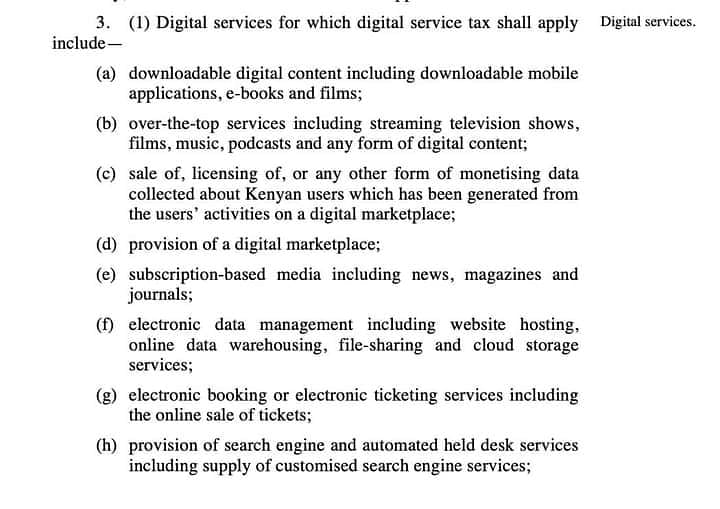 First, they want to kill the Kenyan Techies and ICT Ministry under Joe Mucheru has been tasked to make sure that sees the light using the ICT Act.

Then, for a country that is still struggling to erase ignorance- the State wants to tax ebooks( where citizens can easily get knowledge/learning) and apps (that provide sustainable investment/means of production).