The Alphabet-owned internet giant Google is in bad books with the Australian authorities after it criticized the first ever antitrust laws.

Google Inc, while opposing the Antitrust laws recently slapped on them by the Australian government, said its free search service would be at risk and users’ personal data could be shared if it is made to pay news organisations for their content.

The United States based firm said the proposed laws would also help big media companies artificially inflate their search rankings, luring more viewers to their platforms and giving them an unfair advantage over small publishers and users of Google’s YouTube streaming website.

The statement, advertised on Google’s main search page, marks an escalation of tensions between big tech companies and the Australian Competition and Consumer Commission (ACCC).

ACCC has called for complete changes to rein in how Google and social media titan Facebook Inc use local content and consumer data.

“You’ve always relied on Google Search and YouTube to show you what’s most relevant and helpful to you. We could no longer guarantee that under this law. The proposed law wouldn’t just impact the way Google and YouTube work with news media businesses – it would impact all of our Australian users,” Google Australia Managing Director Mel Silva wrote in the open letter.

Last month, Australia’s Treasurer Josh Frydenberg announced the mandatory code of conduct to govern relations between the struggling news industry and US social media and search firms after 18 months of negotiations failed to bring the two sides together.

Under the plan, the tech giants will have to negotiate with Australian media companies to use their content.

“It will include substantial penalties that could cost the tech companies hundreds of millions of dollars,” Frydenberg said at the time.

Yesterday, the ACCC accused Google of publishing misinformation stating that the laws would not require the US company to charge Australians for its services or share any personal data.

“The proposed law would allow Australian news businesses to negotiate for fair payment for their journalists’ work that is included on Google services”, ACCC chair Rod Sims said in a statement.

“This will address a significant bargaining power imbalance between Australian news media businesses and Google and Facebook,” he added.

This is the first antitrust laws that Google has been pulled into. Facebook, by the time of publishing this article had not responded. 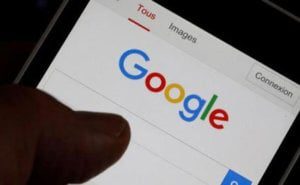 Yesterday, a little-known investigative unit inside search giant Google regularly forwarded detailed personal information on the company’s users to members of a counter-terrorist fusion center in California’s Bay Area, according to leaked documents reviewed by The Guardian.

According to The Guardian, checking the documents against Google’s platforms reveals that in some cases Google did not necessarily ban the users they reported to the authorities, and some still have accounts on YouTube, Gmail and other services.

The documents come from the so-called “Blueleaks” trove, which hackers acquired from the servers of a hosting company in Texas which had been used by several law enforcement agencies.

It contains hundreds of thousands of documents from more than 200 agencies, dated between 1996 and June 2020.

The leak has been authenticated by cybersecurity experts.

CIG has been mentioned in coverage of criminal proceedings based on their reports, but its raw output to law enforcement agencies has never been exposed to public view.

In the Blueleaks trove, the documents are associated with the Northern California Regional Intelligence Center, part of a nationwide network of fusion centers, which were created after 9/11 to facilitate information sharing between state, federal, local and tribal law enforcement agencies.

“In a moment of reckoning on the failure of police to keep people safe, it is reckless for Google to hand off private user information to law enforcement. While the prevalence of hateful activities across Google owned platforms is a real problem, deflecting responsibility to police is not the solution.” Steven Renderos, executive director of MediaJustice, a nonprofit campaigning for a more just and participatory media wrote in an email.