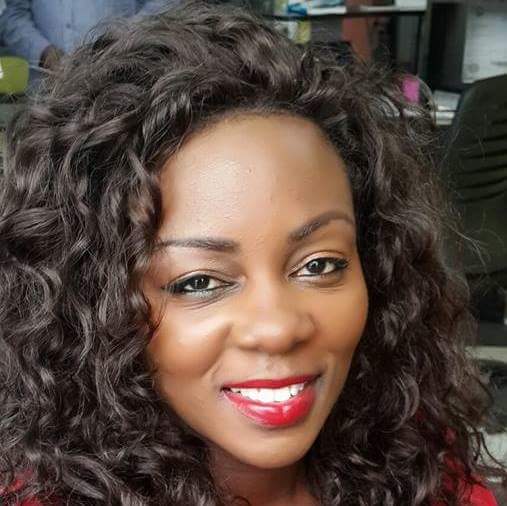 Have been forwarding these documents to you about this investigation but since the attachments are large let me attach 3 at ago to avoid them being spam email that’s why you may not have seen the email.
Kindly help us expose this con woman AKA Company secretary at Kenya pipeline who has used her beauty to deceit directors and climb the corporate ladder and close friend to Caroline Mutoko. We have attached all investigation and correspondences from ICPSK and KASNEB read the attached documents and see the chronology of events so that people can know how KPC has rotten no wonder the looting spree at the organization.

When Mr John Ngumi is advised and told about the corruption and immorality at the Kenya Pipeline Management and senior directors, he does not agree. The place is soo rotten and it is only his excellency that can sort the mess at this good institution which if it is allowed to continue as constituted, it will be either another Kenya Refineries limited or Telkom Kenya in a few years.

Mr Ngumi and some directors are soo bent to bring Kenya Pipeline Company down as he does not even bother to investigate the mega corruption at KPC as he purports to have serious connections at EACC and has only managed to let go staff when they are unable to cover them up.

To elaborate on the case we shall provide evidence of how the current Acting Company Secretary Falsified her Employment papers to secure her employment at Kenya Pipeline Company. This is the same woman who has made sex as the only way to climb the corporate ladder and deprive off Flora Okoth her position as the company Secretary by making sure that she is suspended from duty by colluding with corrupt directors. Find below evidence to this.

1. EMPLOYMENT OF GLORIA KHAFAFA AS A SENIOR LEGAL OFFICER

1.1 Kenya Pipeline Company on the November 2009 placed an advert in the media papers advertising the position of  Senior Legal Officer and Legal Officer one which were to close on the 23rd November 2009. The requirement for this position is that it was compulsory to be a Certified Public Secretary (CPSK). These are senior positions not sectaries to managers and require high qualification see attached the daily extract of the news paper to this to.

1.2 On the 11th of December 2009 Mrs Gloria Nasakami Khafafa Current Ag. Company Secretary applied for both Positions of Legal Officer 1 and Senior Legal Officer as per the attached letters. She was working with some directors in co-hoots to help her access employment. In her application letters, she indicated having CPS which was a requirement for this job.

1.3 The requirements placed by KPC was that for the appointment as a senior legal officer one was required to at least have a minimum of 7 years experience in a busy law firm. See advert. See attached certificate of admission to the bar of the high court of this learned lady dated 3rd June 2004. she only had 5 years experience and was not qualified for the Job. She lied with a smile on her face as the good Justice told us.

1.4 To even show that the learned lady was misleading the board, she stated in her application letters that she is pursing CPS. This lady has no morals see a copy of the communication from KASNEB to KPC, the only institution that is mandated to conduct CPS exams in Kenya dated 11th March 2014. It clearly states Gloria Robia Nasakami Khafafa registered for Certified Public Secretaries (CPS)  on the 23rd of July 2013. Another white lie from Gloria your esteemed Company secretary.  See also the letter granting the beautiful lady exemptions on some papers from KASNEB dated 3/11/2014. Actually, KPC employed a con artist who sits on the board to take minutes.

1.5 Let all Kenyans see a letter From Registration of Certified Public Secretaries Board dated 6th of June 2014 Ref No. Staff/Khafafa/3636 denying clearly that Gloria Khafafa was not a member of the board. its in black and white. See the letters from KASNEB and ICPSK. The truth is that she should have been reported to police and charged by getting employment through a lie.

1.6 We have also attached a  confidential memo specifying career guidelines and the minutes of this interview. Why was the law broken in employing a scrupulous lawyer?

1.7 On the 25th February 2010 Mr Gloria Khafafa was employed as a senior legal officer at the detriment of other Kenyans yet she was position 4th as per the interview panel. See minutes of the board approving the same dated 1st March 2014. She should be reported to CID and charged and all salaries paid to her recovered.

2.0 PART TWO ( INVESTIGATION OF THE QUALIFICATIONS OF GLORIA KHAFAFA BY HUMAN RESOURCES DEPARTMENT)

This is the part that will make any Kenyan reconsider the integrity and qualities of leaders at Kenya Pipeline Company if directors with full knowledge of how Gloria khafafa is scrupulous and conning promoted her to the current level and even suspended from duty competent lawyers to uphold a cheat.

2.1 on the 14th of January 2013 KPC placed an internal advert for a chief Legal Officer see the memo with details to that. On 24th January 2013 the learned lady Ms. Gloria Robia Khafafa applied for that position see attached her application letter forwarded to human resources manager. In her letter she says she is a holder of CPS (K) but the question arises on how people can cheat to this level yet the letter from ICPS(K) dated 7th March 2014 does not recognize Gloria Robia Khafafa. These are certified letters in position of KPC management and the Board.

2.2 Based on Gloria Khafafa Lies the management invited her for an interview of the Chief Legal Officer.

2.3 It was after this when Gloria Khafafa failed to produce her CPS certificates as required by company rules and regulations and the requirements of her position. Human Resources department instituted an investigation into the matter by writing to various certification bodies. And as per their responses, and attached correspondences, it turned out that Gloria was a lie and a big one to both the Board and Management. See copies dated 6th March 2013, 10th March 2014 and 11th March 2014.

2.4 The Human Resources Department got Concerned and instituted investigation into the matter lead by Security Officer in-charge of Investigations Wilkinson Ntwiga the following recommendations as per investigation report.

a) As in practice, staff Gloria Khafafa should be suspended with immediate effect in order to pave way for investigation.

b) Considering that Gloria Khafafa Holds a key position in the Legal Department of the company, it will be important for a comprehensive audit to be carried out of all transactions she has conducted and if she is found to have prejudiced the company in anyway then appropriate measures to be taken in order to safe guard the interests of KPC.

c) Security to report this case to police since it is a criminal offence and the accused is by profession custodian of law and she is well informed of the consequences of document falsification. See copy of Investigation.

2.5 During Board Meeting on 12th November 2014 see Memo Attached the Chief Manager Human Resources and Administration reported this case that Gloria Khafafa gave false information on employment and that a Disciplinary proceedings should begin.

2.6 See Memo Dated 10th July 2014 Ref HR/CO/20 appointing a senior officer to hear a disciplinary case against this learned friend at Kenya pipeline after investigations revealed she was a con woman and a liar. She was supposed to appear before the committee on 11th July 2014.

2.7 See letter to Gloria for her to show cause letter why she gave false information and why disciplinary measure should not be undertaken against her.

2.9 a Disciplinary meeting scheduled for 10th failed to take place after the MD Charles Tanui whose appetite for women was everyone’s knowledge. Allegations of Charles Tanui the Man already in the docks for sex with women in office is no secret and the guess on this is open for everyone. This Disciplinary hearing never took place as the MD of the day had authority over anyone and the close ties with Gloria were no secret with international Trips. Gloria travelled with Charles Tanui to Australia Dubai and Europe in the year 2014-2015 you can see her uploads in Facebook.

2.11 Irrespective of Falsification and giving of false and misleading information to secure employment on the 15th of September 2014 Charles Tanui the then MD (office Boy Friend) appointed Gloria khafafa as acting chief legal officer despite having all reports on her. see memo of this approval

2.11 Gloria Khafafa is favored by top management and the board of directors. She has even sat on a board that was discussing her subject of falsifying information despite the conflict of interest. In this particular case the 59th Board of Directors held on 15th September 2015 at KPC head quarters at 9.00 AM  Mr John Ngumi was the chair of the meeting and Gloria Khafafa Taking Minutes. See attached minutes where they even appointed and promoted Gloria to Chief Legal Officer after she ran to college like a mad woman to clean the mess.

2.12 The Kenya Petroleum Oil workers Union through a letter dated 24th June 2014 see attachment raised alarm on application of double standards on matters relating to integrity in regard to the case relating to Gloria Khafafa. In all other previous circumstances all staff involved were terminated and others taken to court.


Conclusion on this matter

We demand as tax payers the President of The republic of Kenya his Excellency Uhuru Kenyatta to disband entire KPC board and arrest and prosecute KPC management involved in fraud and mega deals. EACC can confirm to his excellency the main people involved in this are.

Kelvin Amimo. Chief Engineer Corrosion the man Behind 1 Billion heist as highlighted by Cyprian Nyakundi together with his kins man Amina Juma the owner of the insider trading companies

Felix Rerimoi. The man behind all cover ups in the scandals at KPC he has absconded his duties for looters to have a field day.

Gloria Khafafa. She has forged all her papers to where she is Ndegwa Muhoro should arrest her and LSK to deregister her.