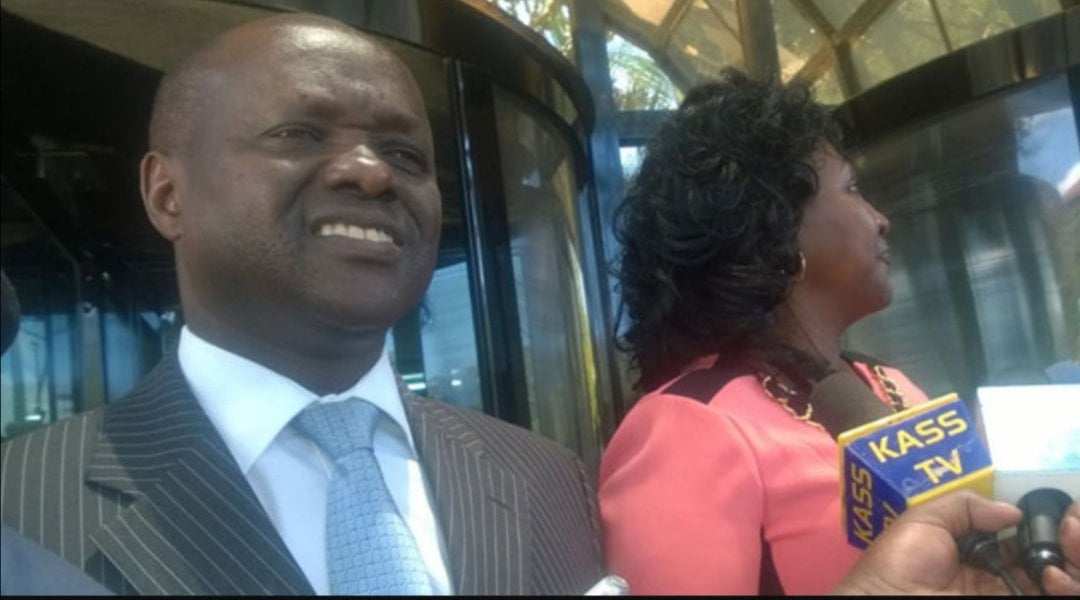 In September 20, 2012, Sam Kruschev Shollei joined Standard Group as Chief Executive Officer. In the first month as CEO, Shollei visited all the Standard Group Bureaus and surprised many when his first move as head of the giant media house was not even meeting journalists, but transferring from Eldoret a petite young beautiful kuku kienyeji girl, Faith Rono.

Ms. Rono was a correspondent at the bureau but was quickly moved to the Head Office, Mombasa Road, given a permanent and pensionable job and moved to the prestigious weekend desk. Senior editors says that that was the first time Shollei had a fight with editorial director Chaacha Mwita.

“Weekends are usually for veteran journalists who can do indepth stories,” says a Senior editor at the Standard.

But more drama was to unfold at Standard under the tutelage of Shollei. Women he was sleeping with could not be touched at KTN and the then head of KTN, Jose Ageyo gave them a wide berth.

In the Standard, editors like Kipkoech Tanui and John Bundotich avoided women from the CEO’s realm, like a married man avoids syphilis. He was soon known in the newsroom as the Russian Bull, (from his middle name Kruschev). Like a bull in a China Shop, Shollei was soon ‘smashing’ women across The Standard and KTN newsrooms. He tried all the news anchors, a few who refused but many gladly opened their thighs. From the screen, he got into the commercial and marketing departments where like Mobutu Sese Seko, he was a cock that left no hen untouched.

He soon trained his guns on the online department and only women with big behinds could stop his bullets. The former head of marketing was untouchable in the organization since everyone knew she had a thing going on with the CEO. A man with many varied tastes, Shollei chewed thin women in procurement, fat women in marketing, shallow women in television department and had several ‘indepth’ meetings with bright women in editorial department.

But as much as many women at Standard Group were warming his bed, Shollei’s love had always been Faith Rono. This was evident when he took a Sacco loan of KSh900,000 so that he could buy Rono a red Toyota Belta car. He drunkenly explained to some of the company executives who used to drink with him that his wife, then Judiciary registrar, Gladys Jepkosgei-Boss Shollei kept a keen eye on their finances so he has to take a loan to buy his girlfriend a car. A few deals later, he bought her a Chevrolet and then a Ford.

A heavy drinker, it was astounding that Shollei could keep up the marathon of sex with several women in the company but in his own house, things were different. He wasn’t marking the register of conjugal rights. His wife Gladys, the registrar of the judiciary was growing restless and soon sought comfort in the hands of a Kisii farmer who soon started ploughing her field, clearing weeds and bushes. At one point, Shollei found the man in the Uasin Gishu farm house vigorously drilling Gladys like he was prospecting for oil, a job Shollei himself could not do well, and in anger, whipped out his gun and fired a bullet into the man’s thighs, before his wife could orgasm.

Being a CEO of a media house, the matter was quickly swept under the carpet. Shollei was fired from Standard in September 2017 and quickly got a job in a place he loved better than he loved the bar, Keroche Breweries. He could now be a liberty to drink from the source. As his wife won the Uasin Gishu women representative post, Shollei was also kicked out of Keroche and now it was madam’s turn to bring home the bacon.

It’s been less than a year since Shollei lost his source of income, and his wife, Gladdy Boss Shollei has shown she is a real Boss, and seems to have forgotten her pre-election pledges to her dear husband, maybe punishing him for disrupting her by shooting her lover as she was about to climax two years ago.

She has kicked him out of the matrimonial Kitisuru home.

Kruschev is like a cat with nine lives, he will bounce back, and pussies in this town will be drilled with a vengeance.

The man is now spending his days living in hotels, or crashing in Faith Rono’s house.

PART TWO. THE FULL LIST OF WOMEN SHOLLEI SLEPT WITH AT STANDARD GROUP.