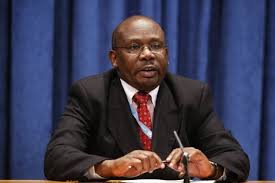 The controversial laws became subject of discussion both locally and internationally. They were vile, they were bad . They are evil. If we look at history, Many journalists have been jailed in countries like Ethiopia because of laws ” Aimed at Fighting Terrorism ”

So what Did Githu Muigai want ? Well, According to the judges who made the Ruling: They argued that the Jubilee government could not back up their argument suspension of the 8 security clauses had created a vacuum in fighting terrorism.

The Judges also emphasized that the state cannot purport to enact a law violating Bill of Rights. They backed up their argument by insisting that the existing laws can secure the country. Well informed Judges !

They summed it up by pointing out that the ruling placed Bill of Rights over national security.

Many people within Jubilee government are not happy with Githu Muigai whose performance has been bad. For instance he fails to save taxpayers money when Kenya was being sued by foreigners .