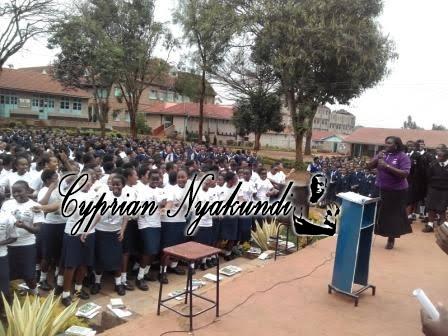 In the wake of rogue pastors and gospel artistes getting exposed, a former student of Maryhill Girls’ High School in Thika has shared an unbelievably shocking story about how during her time at the school, girls were drugged and molested for weeks by priests.

She further said that whenever they asked the nun, who was also the school principal, what was happening, she would simply tell them that the “devil is refusing to get out of them”. 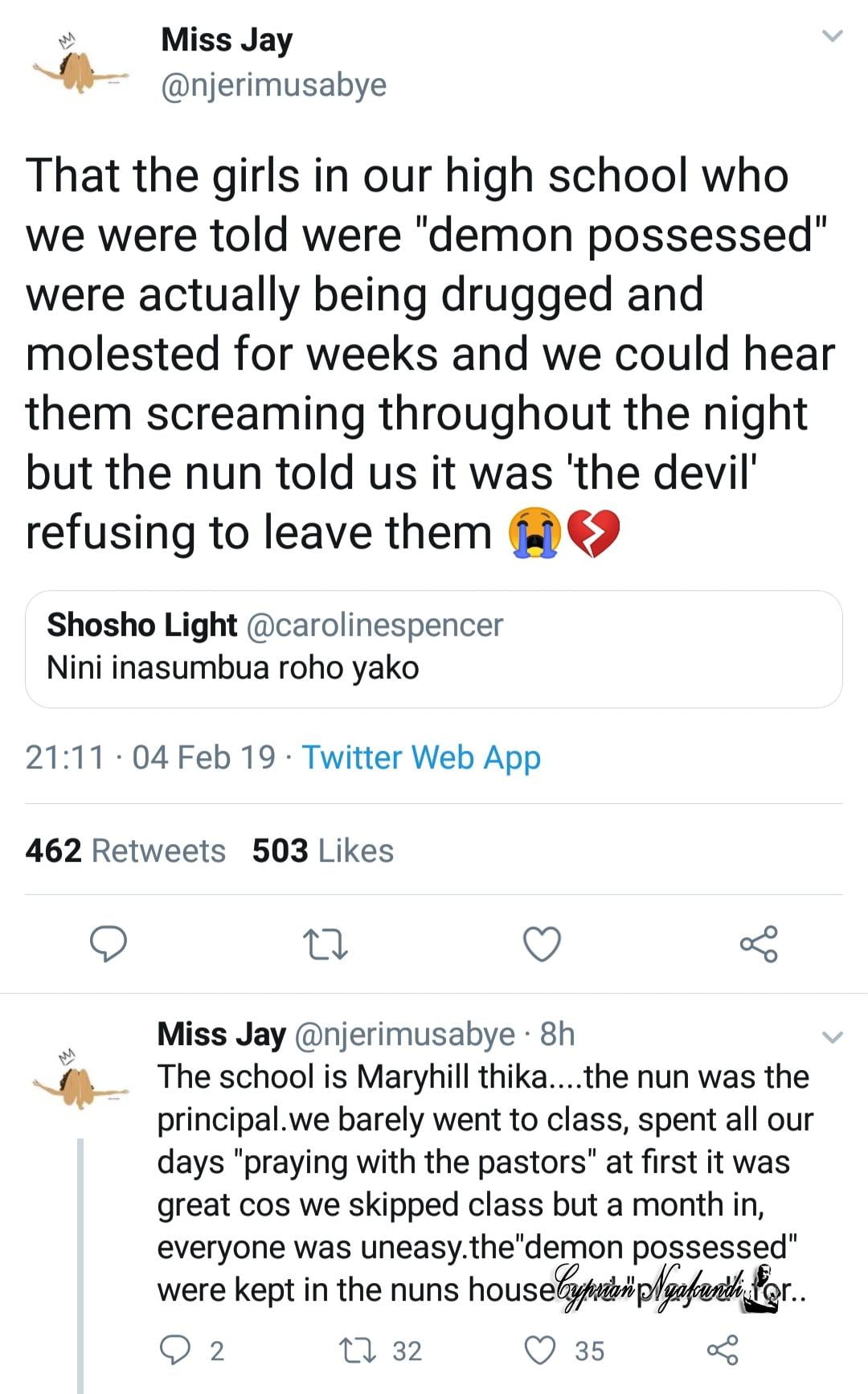 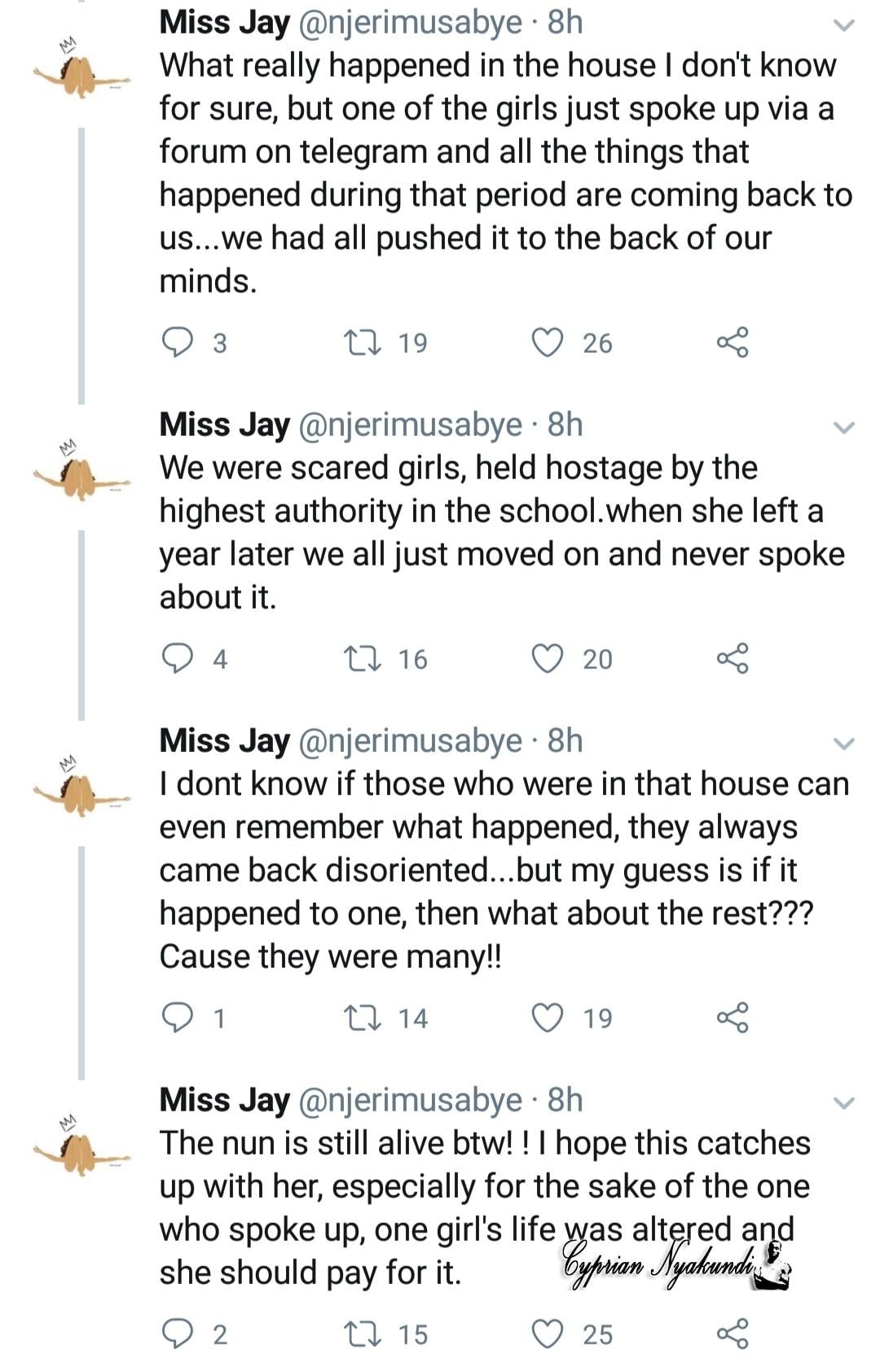 Here is the story she is referring to below. The story was shared on Blogger Xtian Dela’s Telegram channel. (Link to join here)

Your recent expose reminds me of so much. I was in Maryhill Girls in 2007 and part 2008. An incident like this happened to me and even worse because it sort of changed the entire direction of my life. I was an A student all through, and topped my school in KCPE and came in 3rd in Nyeri District at the time. I hot admission to Mary Hill and had an okay first year.

In form two however, during the post election situation, the school decided to delay classes for everyone to resume by hosting a weekend challenge. There was all this guys in the group coming to preach and ‘mentor’ us and I remember one of them had this thick American accent and people called him Julius. (Julie) These services and deliverance sessions were made compulsory to attend and the guest speakers would single you out for a deliverance session

I got singled out for sure, I have no idea why till today. In that period o prayer and stuff, I do not remember passing out but when I came to, is as in the principals house,who was a nun, and had been locked up in a room. I knew something was different but they kept coming in and praying for me and all this touchy-feely thing and for most of the part I was in and out of consciousness.

A week into all of this, me out of class and hold up in that small room, I was called out to a board meeting with the school board. My mom was there. Somehow they had managed to fabricate a story that I was a devil worshipper and we were a cult of sorta set on sacrificing students in that school.

There was not even a chance for me to speak out that day. I was sent packing and my mum and I had to leave. All this time, I didn’t even know what was going on. My dad, who wasn’t there during all of this, suggested he’d meet us in Thika town so we can go home or that is what they tell me. We went to Thika town but I honestly do not remember leaving my mum or how I left her and walked and kept walking all the way to Witeithie..

That is where they found me after having announced it on radio and a good Samaritan saw me and called the radio station. I was taken to Thika Hospital where i was diagnosed with temporary psychosis that was triggered NY a traumatic event. Or sth like that..all this while, I didn’t know what the traumatic event was and I couldn’t explain it.

My dad, he had the sense to take me to Nairobi women’s hospital that evening as heavily sedated and medicated as I was. It was here that they discovered that I had been severely drugged and sexualy abused..

I do not know if it’s the fear of exposure or trying to protect me, but they chose to let everyone believe the devil worshiping story rather than the sexual abuse one.

To date nobody knows otherwise. and my mum is still in denial and this we have a very complicated relationship. I went to two oyhwe high schools after that. But I did complete and joined JKUAT to do Law. I have been exposed to so many things since and it is only recently after having been in an abusive relationship for so long that I realized what that kind of event can do to your life. It turns everything upside down. It changes everything about you

The principal was fired after my dad made several visits to the then PS Education, Karega Mutahi but nobody was prosecuted for it. And I think that is the main reason I went on to study law.. And I make it my business to tell people to speak up always . however hard it is.

This shouldn’t be happening to anyone Dela. I have a little girl today and I would hate that she goes through this kind of damage ever in her life. Because truth is, no matter how hard anyone can try, you never fully recover and leave that behind.

Thanks for the platform and please keep exposing this monsters hiding behind the name of the Lord. They are monsters and a lot more should happen to them besides the reprimand on social media. And the adults who sit and watch in silence as this happens to little girls, well.” reads the story.