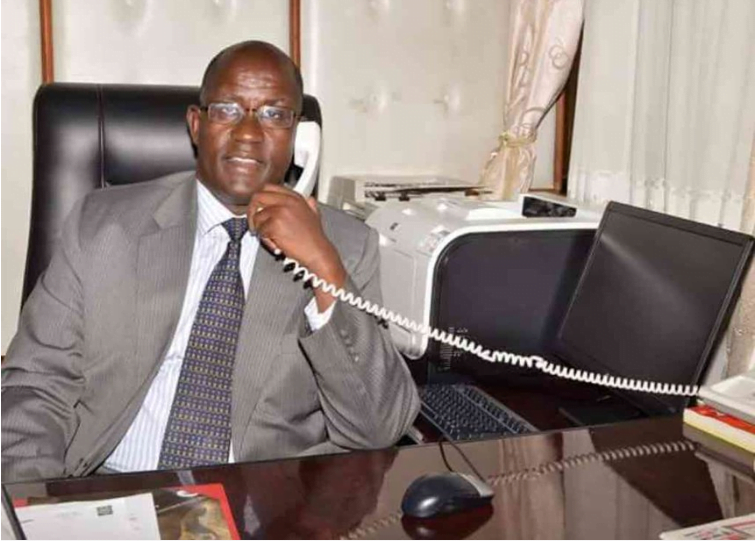 Caption: Peter ole Nkeri, who is Managing Director of East African Portland Cement Company. He has been accused of mismanagement and corruption.

Giant parastatal, East African Portland cement may be on its knees, the chief editor of this site Cyprian Nyakundi, reveals. In June 2018, the struggling parastatal fired more than 500 employees in a very unfair way.

According to employees that we have spoken to, they believe they were targetted since the giant parastatal targetted those that were about to retire, had petty disciplinary cases or were employed on contract.

But the recent happenings confirm that the parastatal is nearly collapsing with looting being linked to Industrialization CS Adan Mohammed and MD Mr.Peter Ole Nkeri.

The Portland giant reported a loss of $9.58 million in the second half of 2017, from a loss of US$2.45 million in the same period in 2016. This forced the MD, Peter ole Nkeri, to act on orders of the confused board to cut the number of workers yet the main factor leading to loss-making is mismanagement and grand looting.

Workers are yet to be paid and no signs of that happening. Management sends payslips by 31st of every month to insinuate that they have paid but no actual money.

Workers that we spoke to yesterday narrated their suffering and linked corruption, mismanagement and impunity to their miseries.