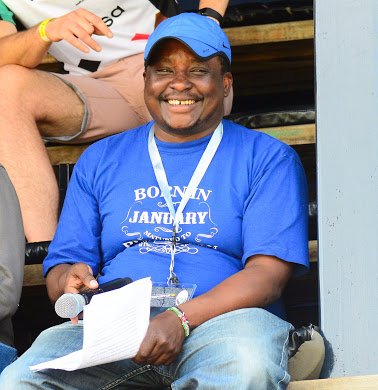 Nairobi middle-classers are the fakes shit-heads you can ever find. They like pretending that they’re high-rollers but when shit hits the fan, they’re the first to emotionally-blackmail Kenyans to raise money for their hospital bills. We saw it with Janet Kanini, we saw it with Philip Ogolla and also that Sport Pesa guy.

This is the life that George Pozza lived. No different than Joe Muchiri or all these other male socialites plus their coterie of hoe-groupies whom they take instagram selfies with. Nobody wants to have real conversations. Everyone just wants to sweep shit under the carpet and somehow pray that auto-pilot will correct the system.

Dumb middle-class Nairobians can’t stop to ask why they’re paying exorbitant rents, even more than exclusive suburbs like Sandton in South Africa. They can’t stop to wonder why they’re raising money yet we all pay taxes that should guarantee us free healthcare in fully-equipped hospitals.

These Nairobi creeps couldn’t even tweet in support of the doctors strike. The retarded cunts don’t care about teachers or the shit 8-4-4 system which has turned them into zombies who slave for a dysfunctional system. For them, life is one big dunda.

Even basic shit like why is pussy so expensive in Nairobi, your typical middle-class idiot doesn’t want to question. They’d rather continue being exploited by basic bitches, who have become extortionists who are trying to meet the deficit of the current economic climate, by robbing men under the guise of dates.

If Nairobians were smart, by now they could have deduced that rents and property in the city are expensive because three real-estate firms, Knight Frank, Hass Consult and Cytonn Investments, who bribe board members of the Kenyan Urban Roads Authority (KURA) to concentrate road projects in zones where they own property. Which is the reason why roads in Lavington are smooth and sparkling, yet Kawangware just next door is categorised as a slum.

If we all did a tweet-storm targeting KURA and these three companies, asking for roads to be built in Syokimau, Athi River, Kitengela, Thındıgua, Ruaka, Kinoo, Juja Farm, Gatuanyaga, Rongai, Ngong, Kiserian, Kangundo, do you know instead of paying those expensive rents, Nairobi middle-class wannabe’s would be relocating to buy affordable plots to build their own houses? 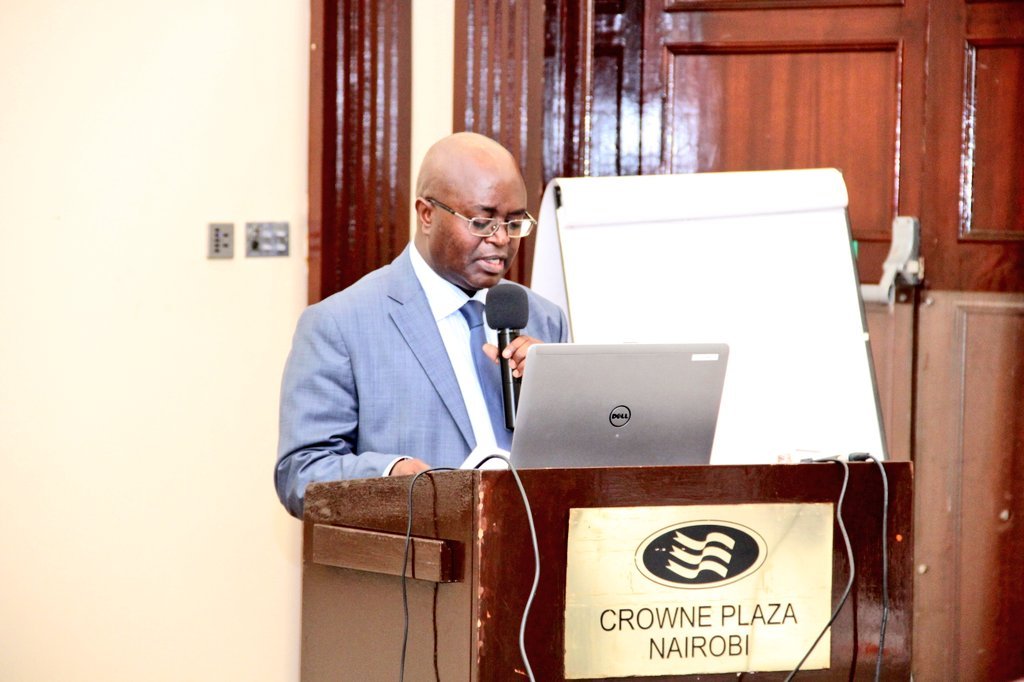 CAPTION: KURA Director General Engineer Kinoti. He and his board members are bribed by Knight Frank, Hass Consult and Cytonn Investments to concentrate road projects in posh areas of Nairobi, thus manipulating the rents and costs.

If good roads were built in those Metropolitan suburbs, people would move there instead of cramming in Kileleshwa, Lavington and the likes. But will this happen when KURA board members are on the payroll of predator real-estate companies and property owners? But will you ever see Joe Muchiri, Nick Mutuma, or the other socialites talking about this shit? No. They’re just there flirting with hoes in 1824 or wherever. Enabling prostitution has become their side-hustle, and then they wonder why women are taking over all corporate jobs?

Nairobians prefer paying rent of 150K like the late George Pozza, vote for Uhuru who is fucking up the economy as he mops up cash for his family to invest in the Real-Estate project called Northlands at the family-owned Sukari Ranch, then come to Twitter to emotionally blackmail Kenyans to fundraise for them. You can’t even find these bastards tweeting against social injustice because they’re protecting their inexistent “brands” .

Every County should have a Level 5 Hospital on the level of Nairobi Hospital. Equipped and ready for use. But we elect shit Governors whose work is to politic and embezzle money, whilst expecting them to perform miracles. Mike Sonko was elected by people who knew very well that he’s a former chokoraa

. These are supposedly educated people who should know better. Now he’s been nominating his cabin-crew hoes as County Executives, yet there’s more educated and capable people. And Nairobians are just clapping for him. What a bunch of idiots!

Since George Pozza died, none of his fake friends has even posted something on social-media because they want to bury him and get on with it. Only Zawadi Nyongo posted a tweet asking his friends to be more courageous and discuss about mental-health. Nairobi Bastards don’t even want to admit that he died of suicide.

Rugby folk at Kenya Harlequins have been issuing cheap threats saying that they’ll beat me up because of writing about George Pozza. Go fuck yourselves you retarded creeps. Before beating me, beat a team and win something for Kenya. These are not those days when you clowns would scare us. It’s not the physical muscle that will change Kenya, but the mental muscle. As a group, I know mob-psychology gets the best of you, but remember that repercussions will affect you individually.

The truth is that Nairobians don’t value friendship and just use each other. That’s why they will raise a lot of money for George Pozza’s funeral but could not even dare to hook him up with business or gigs when he was alive. Like Sonko nominating his malaya’s , Nairobians are busy hooking bitches up with projects instead of their homies 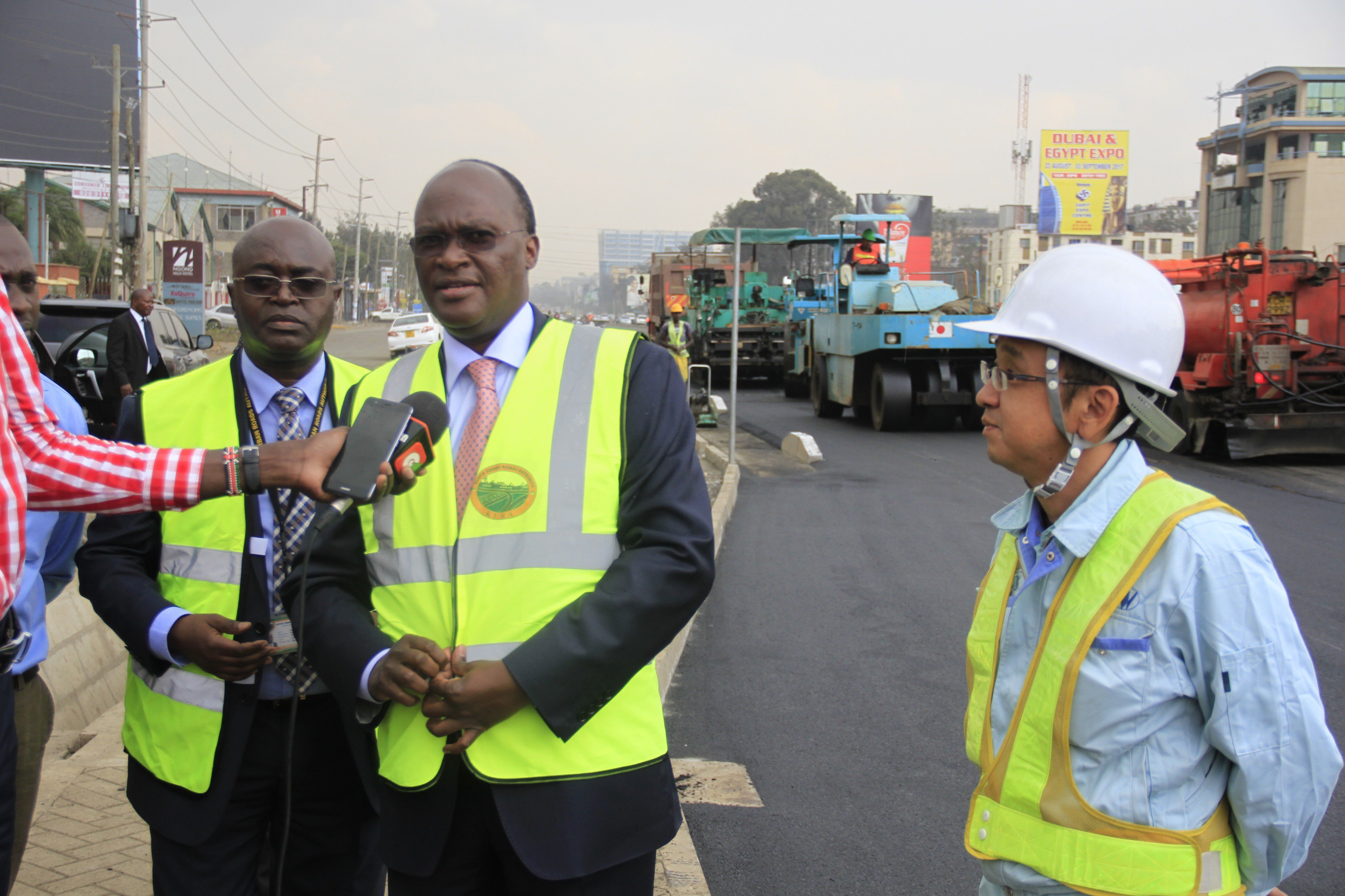 CAPTION: Transport CS James Macharia and KURA DG Silas Kinoti. An imbalance in the spread of roads has seen only posh areas benefit.

For instance, I know everyone of you has that one pal who can never come through for you when you request for a loan, or gig, but then will throw cash at bitches when he can. There are those guys who can’t even buy you a beer when you’re seated next to them citing tough economic times, but once a chic shows up, suddenly money is available. Fake-ass motherfuckers.

Prostitution and this hoe-culture where bitches hit the clubs hoping to extort men for meals and drinks, has been enabled by men who are so short-sighted. As men the age of our grandfather’s were pooling resources to form giant cooperative societies, tea factories, coffee concerns, etc, Nairobi men are buying shots for entitled bitches. What a shame!

Would Cooperative Bank, Equity, Unaitas be where they are if the peasant farmers who contributed to build them, thought or reasoned like Joe Muchiri?

Nairobians have to stop their bullshit. It’s time for people to have serious conversations in their prime. Stop having women drive your agenda and determine your destiny simply because they have good jobs. It’s time you started using your heads. For instance today Caroline Mutoko was claiming that she’ll start interrogating the new education curriculum. As who? Where was she when I single-handedly started calling our 8-4-4? Wasn’t she busy getting fucked by high-rollers? Now suddenly she’s developed a conscience? Fuck that shit!

I have dedicated my time and resources calling for social justice, and hoping that others will get the drift. But the more I put in time, the further away y’all stray from the Lord. It’s like these feminists have mind-fucked Nairobi’s middle-class, that the men are unable to think. They’ve become super-sensitive pricks who easily catch feelings, instead of discussing real issues.

Even the death of a close friend is not a trigger enough to launch these discussions on our socio-political environment, which are the cause of some of the imbalances we are seeing today.

It’s a big shame that all of George Pozza’s friends have totally refused to discuss circumstances surrounding his death, under the guise of “insensitivity to the family” and the likes. These idiots cannot wait for the burial so as to do their thing, and head to the closest bar, where they’ll laugh at his old jokes and by next day, forget he ever existed. That’s just how fake Nairobians are.

Suicide remains a taboo topic, which nobody wants to confront.

As it is, Kenya is about to enter a period of recession, occasioned by corruption and sheer wastage of resources at national and county level. What happened is that institutions which were supposed to provide checks and balances, have been reduced to toothless dogs. EACC and DCI have been held hostage by political forces.

It all started with a major heist called the Eurobond where it is suspected that Uhuru kept a large chunk of it, and the spin-off effect is that cabinet secretaries and Governors embarked on their own mini-eurobonds. The same handicap faced by investigatory agencies in pursuing Eurobond money, was then replicated in other offices. With no creation of opportunities, the inevitable is staring at us.

The Great Recession that began in 2007 appears to have taken more than a financial toll. New research suggests that the economic downturn could be linked with more than 10,000 suicides across North America and Europe. The study found that between 2008 and 2010, rates of suicide surged in the European Union, Canada and the United States. The increase was four times higher among men than women, according to the report published in the current issue of the British Journal of Psychiatry. During a recession, some key risk factors for suicide may include job loss, home repossession and debt.

From the Kibaki boom years, this will be the first generation to witness an economic down-turn, and reel from the effects of it.

It doesn’t help when we plead the fifth or chew amnesia whenever the reality hits home. Talking about these issues is the first step. Nairobi middle-classers have to get over themselves and stop acting as if they’re immune to occurrences which have taken place in even more established economies.