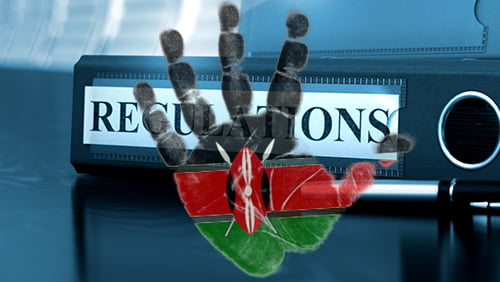 Something is very fishy about this industry. We should do everything possible as a country to protect especially the vulnerable and the youth against this craze. Apart from cheap beer and sex many of the youth and the weak in the society are busy gambling especially on phone. The laws we have at the moment are very weak. The gambling companies are purportedly supporting one cause or another but the damage to the society through all sorts of gambling is bigger.

Gambling is not bad or evil but due to its addictive nature it should have some structured guidance in law. Unsurprisingly the gambling companies other than say supporting some sports have not found it necessary to engage the government to come up with good laws. The only attempt is that of GEM MP Jakoyo Midiwo. The proposed has its flaws and we need better than what the MP has brought.

We have quite some good number of betting companies already. If they are properly organized but not through hide and seek games, they could also help in coming up with some guidelines which government can do some import and sanitize into a good law. I have seen some of these companies in foreign countries which means they have diverse knowledge of what happens across the globe. However some of the laws there may not work here. At the same time these companies should not come up with regulations that hinder entry to the business or kill competition. Let to determine the law you can be sure some would want to kill competition. At the same time the laws should take care of all forms of gambling.

There are other lower forms of gambling which also if well controlled can be ok. The small gambling outlets if well regulated to ensure underage don’t participate and they are properly secured can still thrive. After all this our country suffers a lot of unemployment and our constitution guarantees freedoms which should be enjoyed by all without discriminating any part of the society. The SME investment in the sector should not be killed but properly regulated and controlled.

I think we are creating vacuum in this industry if we just assume all is well when it is not. We have a problem of weak laws on gambling and at the same time we are not creating the appropriate climate for investment. Like in any industry competition should be allowed and laws that ensure that should be in place. At the same time the laws must protect the youth and the vulnerable that seem to be spending almost their entire incomes to gambling. This is particularly acute in men.

The other problem is that the regulator Betting Control and Licensing Board (BCLB) is quite reactionary. Why wait till a bill such as Midiwo come forward then start reacting which is not helpful? It is not enough to say that you developed some regulations in 2015 which are yet to be gazetted. What stopped that action? We know that the players in gambling industry at large which include Casinos can be quite shrewd playing around with the law. But the regulator seem not to be up to task. This country will be ruined by poorly regulated gambling with powerful players who are law unto themselves. On taxes are these people paying enough share of what they take from the public? There is a lot to be done on this industry, otherwise it will turn rogue or is already full of rogue-stars.