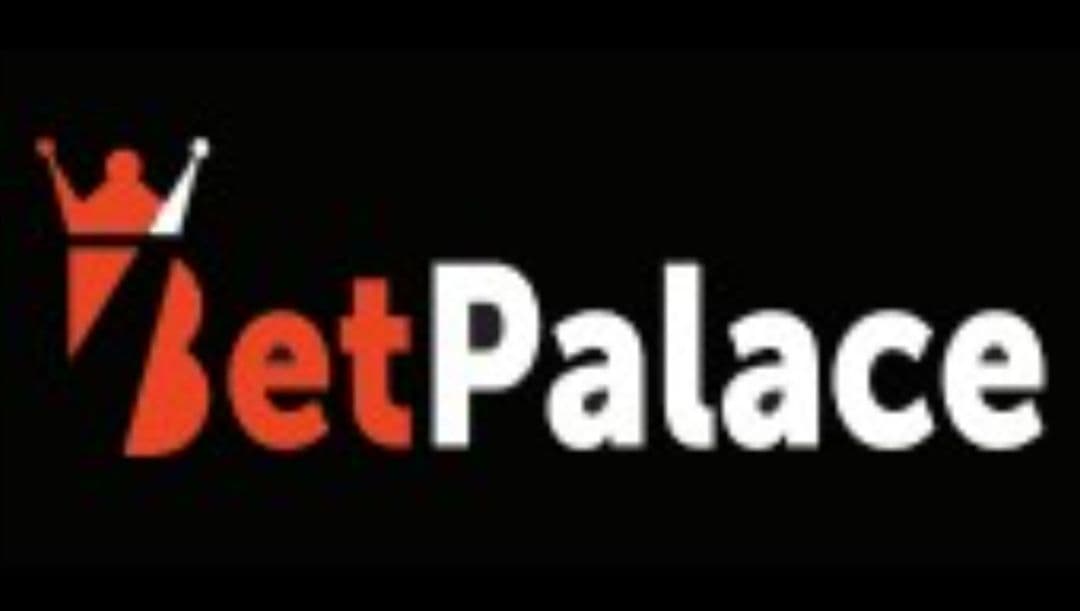 I don’t normally cover betting stuff, but this is peculiar, Take a look.

This gambler says the firm doesn’t have a physical presence in Kenya as required by law.

Gambling is a bad habit that I strongly condemn, Kenyan govt must also crack down on those rogue Royal Media Services (RMS) radios that are lying to innocent and ignorant youths in the rural areas and urban slums.

How did the Betting Control and Licensing Board (BCLB) kay Bet Palace?

Introduction
On 02/26/2021 I wanted to deposit funds into my betting account.
I usually use Betway 880185 and Mozzart bet 290059, however, while depositing I mistakenly used 290085 being one for Bet Palace.
The confusion came due to switching from funding my Mozzart account and Betway.
I didn’t have an account with Betpalace but the system auto-created an account and sent me a password.
I immediately logged into the Bet palace account hoping to withdraw. However, the Bet Palace system could not allow this withdrawal claiming they have given a joining bonus and as such I must place a bet of four or more teams.
This I did and WON the bet.

First Complaint
I am unable to log in to the account and withdraw my funds. I called the company and requested for a password reset.
I have the recordings where I expressed that one is unable to reset the password via their system and also via text as directed by the staff that picked the phone call on their number +2547052900085.
The company has since refused to pick my call or return my emails and text messages regarding access to the account.

Second Complaint
Having won the bet the company has not settled it and I fear going by complaints from other users on their official Facebook page, they could also not be settling KRA taxes from betting( as my fund have not been settled as well)

The text services 29085 doesn’t allow me to withdraw as well to my phone nor did they notify me of my winnings as required i did find out of my winnings when I had access to my account where I saw the winnings and I have since been denied access to the account.I also confirmed the four games via official results as having been the same.
All attempts to get bet palace to settle my account has proven futile thus I am writing to BLCB to kindly suspend the license of the operator until they resolve the following
1.How much have they remitted to KRA in respect to my winnings
2.Full settlement of my account
3.An apology for inconveniences caused to me which I mentioned to them over the recorded conversation
Kindly Note
This is a habit in which they have been doing to others going by not having any positive review on their official pages but similar issue raised by others being
1. Non-settlement of bets won
2.Not sending funds to clients after winning
3.Not reflecting clients funds into their bet accounts once the client pay in
4.The firms seems to be a scamming/con company rather than a betting company as portrayed by other users as well
Their official Facebook link is https://m.facebook.com/KeBetPalace/?tsid=0.9738221473716648&source=result
Attached are screenshots of some messages and phone calls. 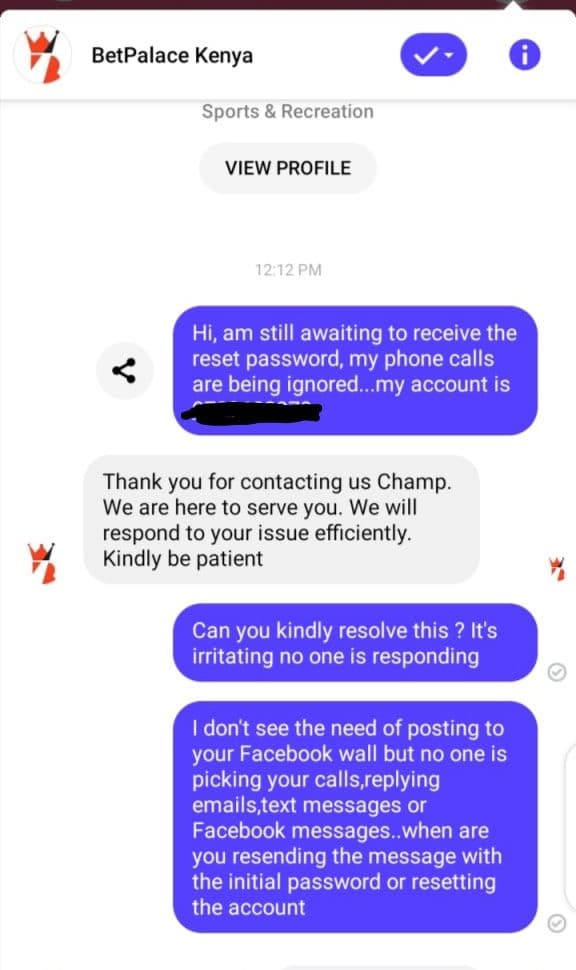 In this article:BCLB, Bet Palace Kenya