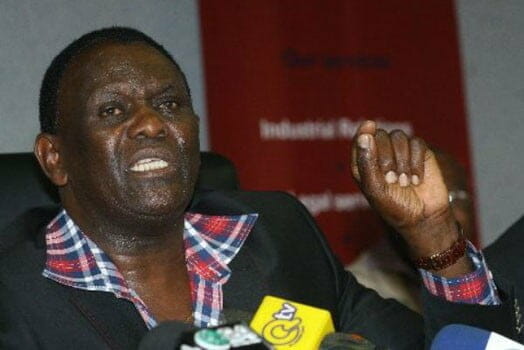 Lobbying and silent campaigns for the Kabete parliamentary seat by-election has begun in earnest. The Independent Electoral and Boundaries Commission last week declared that the by-election be held on May 4 2015 following the brutal murder of former MP George Muchai.
Already, several politicians have declared interest in the seat. This is the second by-election to be held in Uhuru Kenyatta’s Kiambu political backyard. The first one was in Gatundu South following the death of MP Ngugi Nyumu.
Jubilee politicians and supporters are already sending warning signals that the nominations should be free and fair unlike the Gatundu nominations where candidates were forced to withdraw to support Moses Kuria who was eventually declared nominated unopposed.
Back to the Kabete by-election, analysts say it is a Jubilee zone and whoever will get the Jubilee Alliance Party ticket will definitely carry the day. Sources say that former MP Lewis Nguyai who was Uhuru’s witness in the ICC case is seen as a frontrunner.
His main undoing is that he defected from TNA after he was trounced by Muchai during the TNA nominations where Muchai garnered 7,642 votes against Nguyai’s 6,802 votes. After his defection, the two met again at the ballot where Muchai garnered 29,830 votes against Nguyai’s 16,669 votes.
Apart from Nguyai, other candidates who have shown interest and who lost in the 2013 elections are Charles Maina of Safina who got 141 votes, Gabriel Maina of Agano Party, 245, James Wanjohi of Pick, 7,436, Moses Wachaga who was an independent candidate,121, Newton Njenga of GNU, 378, Peter Mbugua of ODM,999, Samuel Maina of DPK,171, Stanley Kamau also an independent candidate, 130, and Thiru Karanja of Mzalendo Saba Saba party who garnered 1,313 votes.
What is not known is whether former Kabete MP Paul Muite who ran for the presidency in 2013 will go for the seat.
Should Muite downgrade his ambition from presidential to parliamentary, then the battle is likely to be between him and Nguyai.
The presidential results for Kabete constituency saw Uhuru with 54,233 votes, Ole Kiyiapi, 46, Martha Karua,129, Abduba Dida, 34, Musalia Mudavadi, 123, Paul Muite,51, Peter Kenneth,351 and Raila Odinga 2,547.
But even as the race to replace Muchai begins, it is now emerging that his killing probably had nothing to do with political, business rivalry or the happenings at Cotu but might have been a case of insecurity where the hitmen were carjackers. Already, the suspects who have appeared in court have claimed that they eliminated the late MP and his bodyguards on realisation that they were armed. One suspect gave the chronology of events that night that led to the discovery of the rifle used to murder Muchai and the pistol stolen from his bodyguards. His information also enabled the police to nab his accomplices.
Uhuru is said to be briefed on daily basis on matters relating to investigation by his Interior cabinet minister.