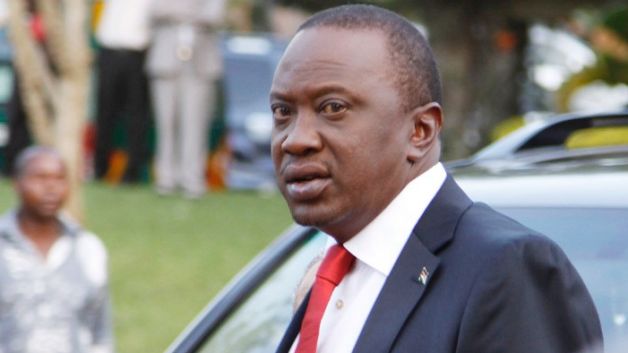 The reason why President Uhuru Kenyatta won’t win again is probably because people from his strongholds have been the biggest victims of Jubilee’s collective hubris and incompetence. Meaning that Uhuru has conceded support from his strongholds, yet opposition numbers are still intact.

First, it started with Alcoblow. It was mounted on roads leading to Kikuyu strongholds, like Kiambu Road, Ruaka Road, Thika Road, etc. Uhuru turned a blind eye as Lee Kinyanjui used Alcoblow to frustrate and undermine their fellow Kikuyu’s. Many were jailed, their cars towed and fined no less than Kshs. 30,000.00, just to fund Lee Kinyanjui’s Nakuru Gubernatorial campaigns.

Surprisingly, Alcoblow was never mounted anywhere else in Kenya, because Uhuru knew he didn’t want to lose votes in other regions like Rift Valley. But he knew Kikuyu’s are stupid enough, and revere him as their God and will vote for him no matter the circumstances. Kikuyu’s despite their famed entrepreneurial skills are probably the dumbest people on the continent.

They have endured immense hardship since Uhuru took over. Their businesses have suffered and caved-in under the unprecedented corruption taking place under Uhuru’s watch. Their roads are deplorable. Potholes everywhere. Insecurity is on the rise. No jobs with bitter and frustrated youth’s still living with their parents at home even after completing their campus studies and graduating.

Kikuyu idiots continue to engage in harambee’s to crowd-source and raise money to pay hospital bills or to fix roads, instead of asking hard questions like where their tax money is going. Yet these Kikuyu’s can’t let the rest of humanity drink their beers in peace, claiming that “Uthamaki is theirs”. Such hogwash!

We keep telling Kikuyu idiots that Uhuru only cares about his mother’s businesses and that all the money looted from Eurobond and SGR fictitious costs are being directed to the family-owned Sukari Ranch, where they are planning to build a City rivaling Tatu City. This project will be framed by moronic imbeciles like Wallace Kantai as a “sign of booming growth in the construction sector” yet these are the monies meant to be building our roads, schools, equipping hospitals and the likes.

With their entrepreneurial spirit and a NASA Government led by Raila Odinga, Kikuyu’s will be surprised to see their fortunes change for the better because he will be seeking to appease them and secure his legacy as an African Statesman, not a war-monger bitter from his father’s fall-out with Jomo Kenyatta. It is clear that when Kikuyu-elites steal, they don’t do it on the behalf of their community, but rather for their personal benefit.

We have been looking at social-media postings over a period of time and have seen Thika residents complaining about police harassment and arbitrary arrests, precipitated by a corrupt OCS Michael Otinya. He is said to give targets to his officers, asking them to raise Kshs. 300, 000.00 every week from bribes.

Thika’s Harlot MPig Alice Nganga knows this very well but has been hiding under the overflow of support to Ferdinand Waititu, yet she has been part of the problem from the get-go. She is the lady who has spent a better part of her tenure sleeping with former National Irrigations Board Managing Director Daniel Barasa, where both embezzled billions meant to secure the country’s food stocks. She has just been offloading her sexual organ to the highest bidder in exchange for financial gain.

She has now re-invented herself, walking around with Waititu, as if she has not been part of the problem all along.

Read these Facebook comments by Thika residents complaining about insecurity. But don’t be surprised, the same idiots from Thika will still elect Uhuru again, because of their inherent stupidity and conditioning by vernacular radio stations like Inooro and Kameme FM.

You will be shocked to realize that the “rich” also cry and that Kikuyu’s aren’t the anointed tribe like they claim. They’re just a bunch of misguided sufferers like the rest of us. 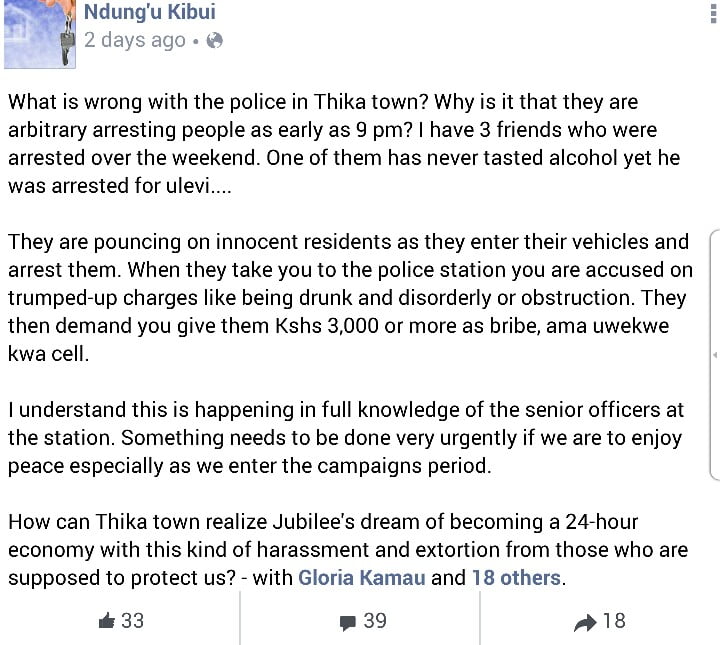 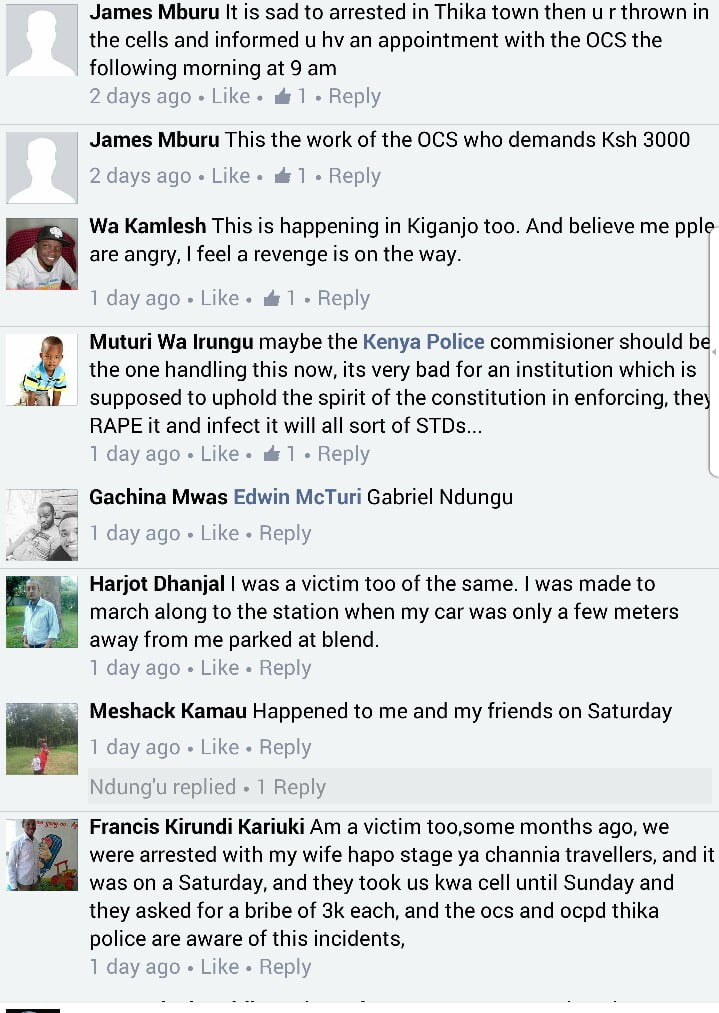 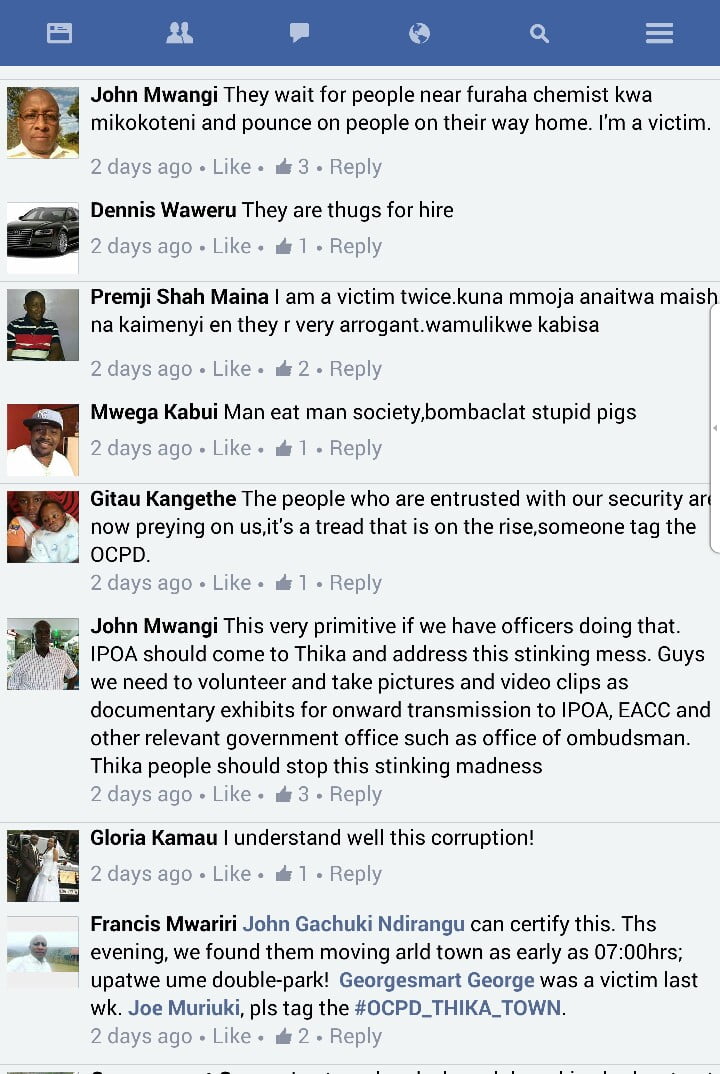