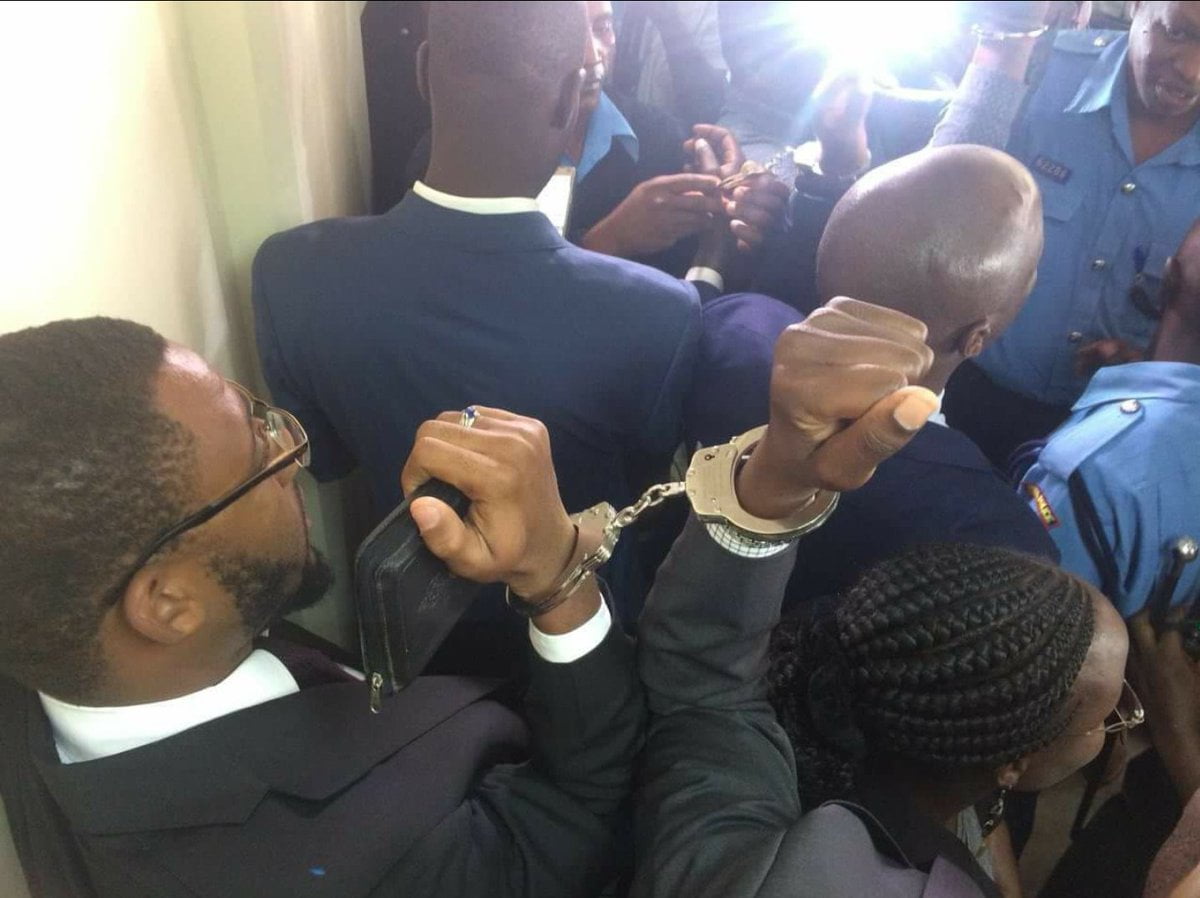 CAPTION: Doctors Union (KMPDU) officials, after a Jubilee judge sentenced them to one month jail time.

The vigil, organised by Doctors umbrella body KMPDU, came in the wake of a pathetic ruling by some industrial court judge, who working at the behest of the Jubilee Government, tried to impose a negotiating bargain through extortionist and sexual-deviant Francis Atwoli.

But firm in their resolve, Doctors rejected the prescription offered by the Jubilee judge, who in her infinite wisdom, resorted to cheap threats and theatrics, in a bid to further intimidate doctors.

Unlike dumb Kenya Airways (KQ) pilots union officials who were bribed by Transport CS James Macharia to call off their strike, or moronic KNUT officials led by extortionist Wilson Sossion who was bribed in Statehouse to betray teachers, Doctors led by young, smart and intelligent individuals have declined all attempts to be compromised or intimidated.

The future of Kenya will be determined by this our generation, not the older generation  of idiots like Sossion, Atwoli and their ilk.

Unlike older doctors who fled Kenya and went to live/work in Botswana, this brave generation has decided that enough is enough, and Kenyans have to stop this bullshit of fundraising to pay for medical expenses in India, yet Uhuru’s sister is part of the 5 Billion heist at the Ministry of Health.

What a catastrophe that as thieves like Anne Waiguru walk scot free, and Uhuru Kenyatta’s sister and cousin dine in five-star hotels celebrating their Ministry of Health heist, some misguided judge saw it fit to jail those who haven’t committed any crime.

Karma is a Bitch and this same judge will find herself at the mercy of the same doctors she’s persecuting, with a terminal illness. These days, karma has gone “digital” and is manifesting sooner rather than later. Gone are the days when such flagrant abuses and infringements on rights were resolved in heaven by God on judgement day.

We cannot bring ourselves to even name this Jubilee judge, because that would be giving her under mileage in such a distinguished platform. All we know is that the judiciary is rotten and all these judges need divine intervention.

I mean, isn’t it borderline dumb for the state to use its machinery, to subdue people who sacrifice their lives to study medicine, and make our lives better? How does Boinnet dispatch D(minus) GSU officers to threaten and intimidate our A students and doctors?

The reason these fucked-up GSU officers are where they are in life is because they failed in school and now have to settle in a mediocre career, working as bodyguards for corrupt Government officials or dispersing peaceful rallies, many calling for equality and an end to corruption.

These moronic police officers don’t even have insurance cover from Government, live in deplorable houses and cannot connect the fact that ever struggle we make, will ultimately benefit them, so that they can stop sharing single-rooms with different families. They are generally a dumb lot, no wonder the only criteria in recruiting police officers is a full set of teeth only.

And so Doctors countrywide have vowed to NEVER attend to police officers and their families again. If they’re shot by gangsters, bandits, cattle rustlers or even have terminal illnesses, as long as you’re a Kenya Police officer, don’t go to any hospital and expect to be served. We know many of you are too broke to pay for private hospitals, so yes, the doctors won’t serve you in Government hospitals. 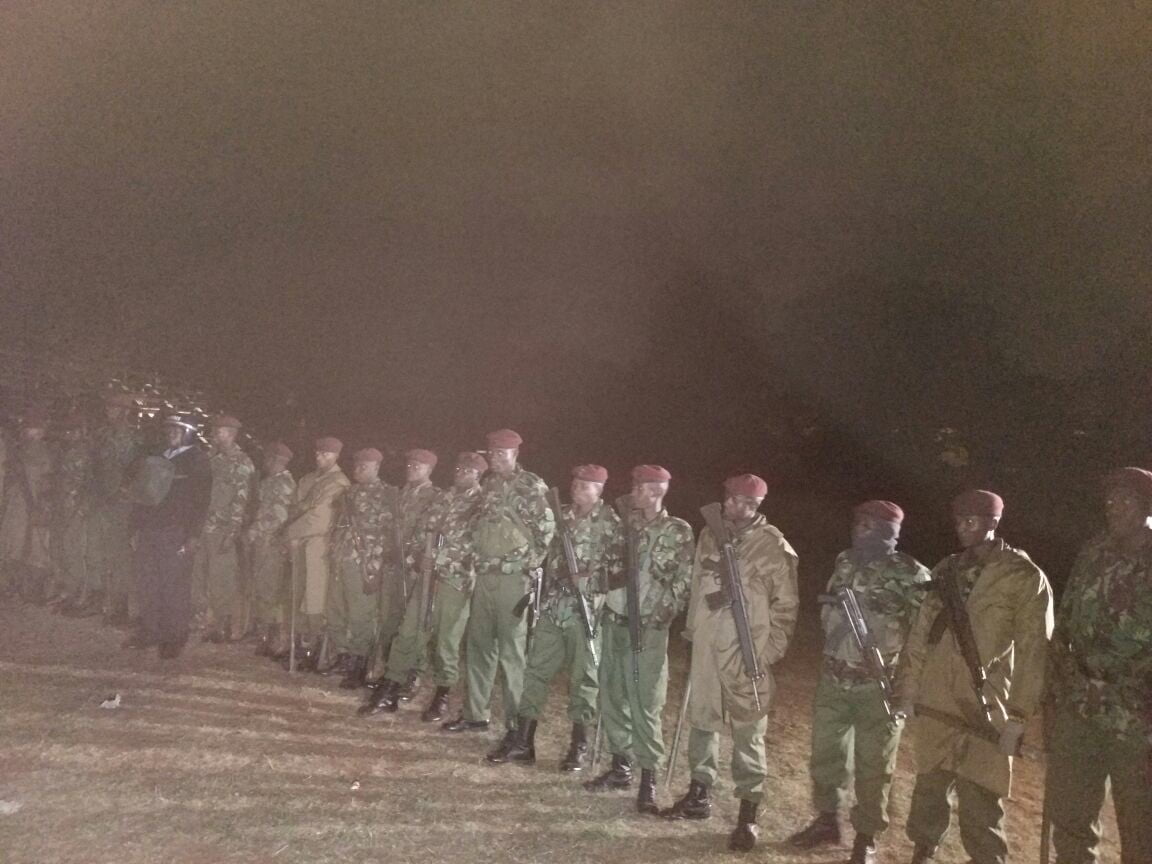 D(minus) GSU officers going to intimidate our A Doctors. These idiots couldn’t pass exams and are now harassing those who dedicated their lives to study for the welfare and advancement of society.
Would you like to get published on this Popular Blog? You can now email Cyprian Nyakundi any breaking news, Exposes, story ideas, human interest articles or interesting videos on: [email protected] Videos and pictures can be sent to +254 710 280 973 on WhatsApp, Signal and Telegram.