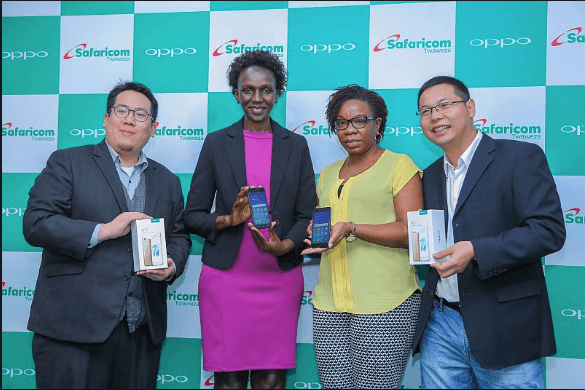 Earlier this year it was reported that OPPO had lost its PR and Communications manager. James Irungu Kagwe, the firm’s PR and Communications lead who had become very instrumental in creating awareness and visibility for the OPPO brand by liaising closely with bloggers and journalists, quit his job at the beginning of the year. He’d worked at OPPO Kenya from early 2017 after moving to the mobile device from Kenya Film Classification Board where he worked as a Photographer.
The rumours surrounding his departure were not well highlighted but it came to our notice that He had left due to internal issues he had been facing hence doing a deeper investigation.
Sources at the Smartphone company  have told us that the increasingly increase of unprofessionalism at OPPO have continued to be on the rise with the HR management style which has rubbed most employees the wrong way she allegedly seeks to micromanage everything in the organization.
The New Pr Manager Muthoni Wachira who is a professional in this field with her expertise in people relations being exemplary well and praised by people across from media , to corporate to politics had nothing to comment about when we tried to reach her, however with the earlier sources indicating that the former pr faced internal issues could be one of the reasons why Muthoni chose not to make any comments about this matter.
https://www.cnyakundi.com/kra-commissioner-general-john-njiraini-ignores-oppo-tax-evasion-saga-despite-mountains-of-evidence/
Now that brings us to the question. Is OPPO Kenya a heathy work environment? are they hiring professionals or are they working with people who don’t understand the concept of Healthy work places?

The obvious benefit of having a healthy workforce is that healthier employees are absent less often.Healthy workers are more motivated to stay in work, recover from sickness quicker and are at less risk of long term illness.

In addition, organizations stand to make substantial cost savings by promoting health in the workplace and reducing sickness absence.Your customers not only expect you to have high standards of health, safety and wellbeing, but also be socially responsible.If you look after your employees, as well as the wider society, your business is likely to have a more positive public image.

So is OPPO Kenya and ideal Corporate Organization to work in?