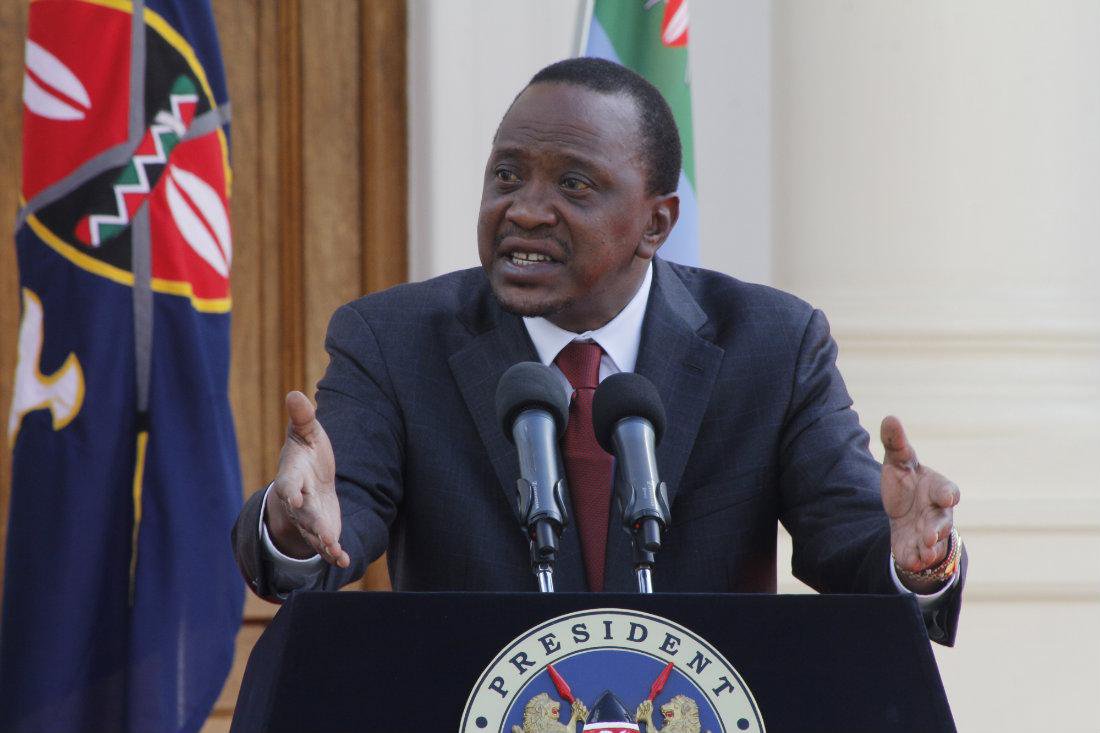 Have you noticed how the economy has suffered at the hands of Uhuru Kenyatta? Well the President’s entry into Statehouse widened the gap between the rich and the poor. Uhuru made it clear that in Kenya there are only two tribes; the haves and the have nots.

Unlike Mwai Kibaki who surrounded himself with intellectuals and visionaries, Uhuru has opted to get advise from anyone that, for as long as you went to school with him, or have been referred to him through his mother Mama Ngina Kenyatta and brother Muhoho Kenyatta, your job will be secured.

The Presidency has become an extension of the Kenyatta Family Empire with Mama Ngina as the matriach.

Below we list down a few of Uhuru Kenyatta’s former schoolmates, and seek to draw a pattern of his history of only trusting members of his tribe, the have’s.

1. Jomo Gecaga. Uhuru’s No. 2, Jomo is always having issues with Uhuru’s security as he’s ever eager to replace the Aide de Camp, posing a serious security risk to the head of state. All dirty deals in Government pass through him. The reason why IEBC has not struck Moses Wetangula from the list of voters is because Jomo was his Personal Assistant when the former was Minister of Foreign affairs, so these CORD guys are more intertwined with Jubilee than you’d think. Jomo and Wetangula know very well the Tokyo Embassy heist. Jomo’s father is Udi Gecaga, formerly the owner of the BMW franchise Mashariki Motors, acquired by the Popat family’s Simba Colt Motors who are related to the thief who faked his death to make away with billions of Imperial Bank depositors money. Udi Gecaga married a senior Raila Odinga Advisor and former head of civil service Sally Kosgei, who was by then said to be linked to Gatanga MP Peter Kenneth, a matter that cannot be independently confirmed.

2. George Kariuki. Formerly head of Kenyatta’s Heritage Hotel’s Group, Mr. Wakinyonga is now Deputy StateHouse Comptroller in-charge of catering and is the one with the enviable task of ensuring that the house on the hill does not run out of Blue Label. He even eclipsed the real comptroller whom I bet you (reading this) don’t even know his name.

3. Njee Muturi. Listed by Ory Okollo as one of the “misadvisors” of Uhuru, Njee is simply a servant who has no brain for himself. Fiercely loyal, Njee was behind the sham security law that was passed at night. And while he wields impeccable influence, Uhuru has kept him there as his puppy because he know that Njee only does as instructed. Anyone blaming Njee for Uhuru’s incompetence would only do so out of ignorance. Njee’s father was a personal assistant to Uhuru’s father Jomo Kenyatta as well.

4. Bruce Odhiambo. The Chairman of the Youth Fund was the one tasked to oversee the [email protected] celebrations where it is estimated that together with Sports Minister Hassan Wario and Hussein Mohammed, they made away with Kshs. 500 million with the blessings of Uhuru himself. Bruce was lucky that he grew up in Eastlands but his mother saved up money to educate him in St. Mary’s, where he made these high-level links. Smart woman, same can’t be said of the buffoon that’s Bruce.

5. John Gethi. The CEO of Brookside Dairy has maintained close links with the Kenyatta’s and was very visible during Nigerian President Buhari’s visit to the Ruiru-based plant in January.

7. Ben Gethi. A brother to John Gethi, Ben is a director of companies linked to the Kenyatta’s like AIG Insurance. He was prominently covered in the news discussing about the Rosslyn Riviera, a development in between Runda and Two Rivers Mall owned by Kenya’s Hugh Hefner and male-whore Chris Kirubi. Their father was the infamous former police commissioner who assassinated JM Kariuki.

8. Lee Kinyanjui. The Chairman of NTSA is suddenly at the heart of Uhuru’s alcoblow campaign and is sometimes rumored to be former President Daniel Moi’s bastard son. Rumors. No DNA has ever been procured. Probably he even benefits more from such rumours which could be false.

9. Gideon Moi. One of the country’s top Polo Players is being groomed to take over William Ruto’s slot as Rift Valley’s spokesman. Unlike “hustler” Ruto who was raised, Gideon was bred, going to the best schools, learning different languages and marrying into the Sajjad family at a time when Muslims were not inter-marrying with blacks. Shows you the power of money.

10. Others including Tony Gachoka, Fred Michuki, Jeff Koinange, etc might make the second list if they did something significant. However all we know is that in the future, electing or placing spoilt brats in a position of power or influence is tantamount to a death sentence. Once beaten, twice shy.

We simply request the overzealous individuals surrounding the boss to stop murdering ICC Witnesses. You can kill some of the people some of the time, but you can’t kill all the people all the time. And the same fate will befall you and/or your loved ones, because as they say, Karma is a bitch.