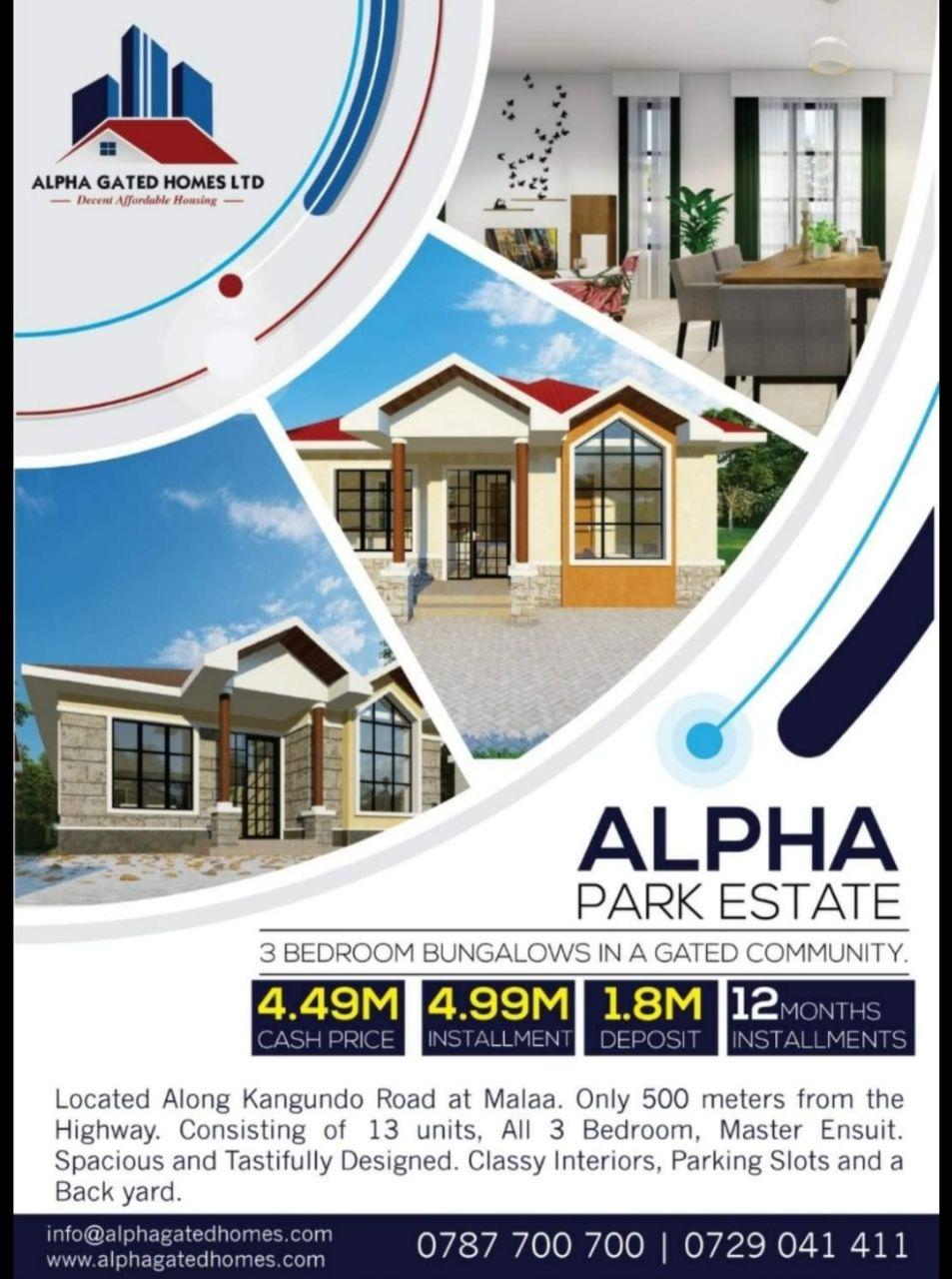 The new firm, no different from Diamond Property Merchants that is being used to con the public

Diamond Property Merchants (DPM) has been in the news for all the wrong reasons, thanks to one director, the Member of National Assembly for Tiganie East Mr Josphat Kabeabea.

The corrupt MP is, after fleecing wananchi through DPM, has opened another firm, Alpha Gated Homes Limited to continue conning unsuspecting wananchi.

At Diamond Property Merchants, the MP is said to have fleeced members in Juja Farm Phase 36.

“He has actually taken a loan with the mother title of Phase 35”, said a source.

The source continues, ‘He has even managed to con people from the diaspora’.

“Konza city sold by diamond had issues but they settled. Juja farm phase 36 and 35 is a disaster. The njambini plots by the same company has no title. Diamond and Alfa park estate is run by the same fraudster MP”, cnyakundi.com learnt. 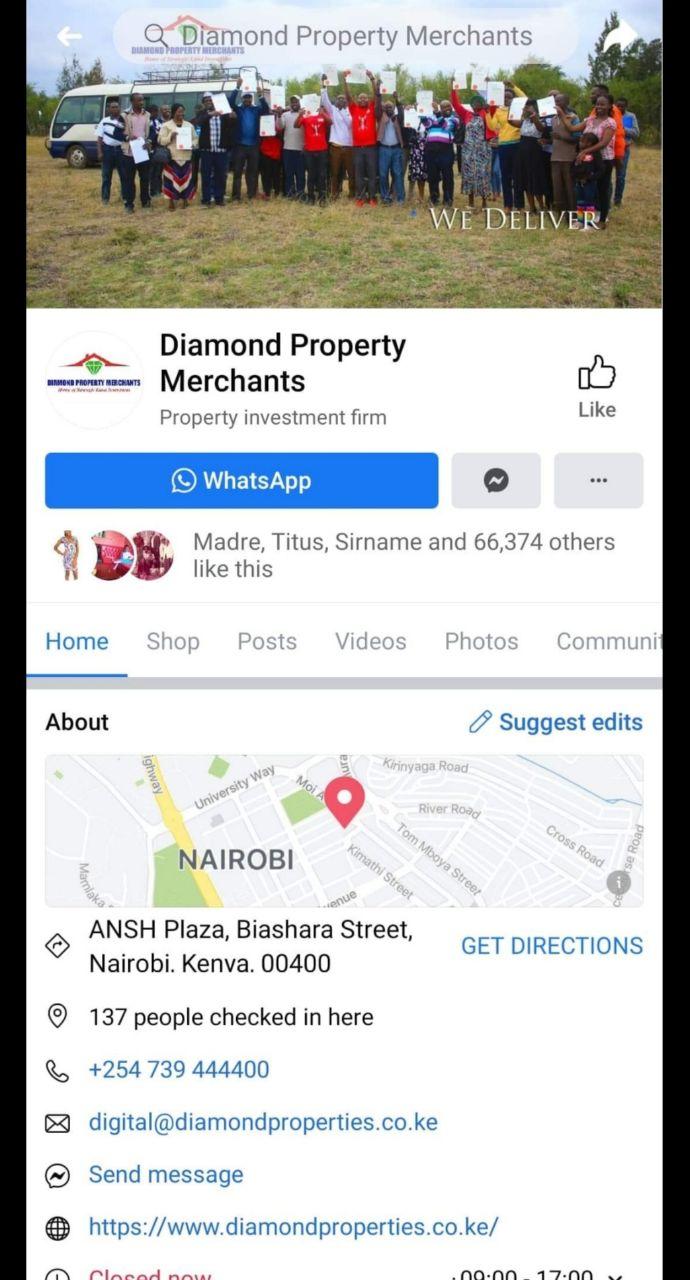 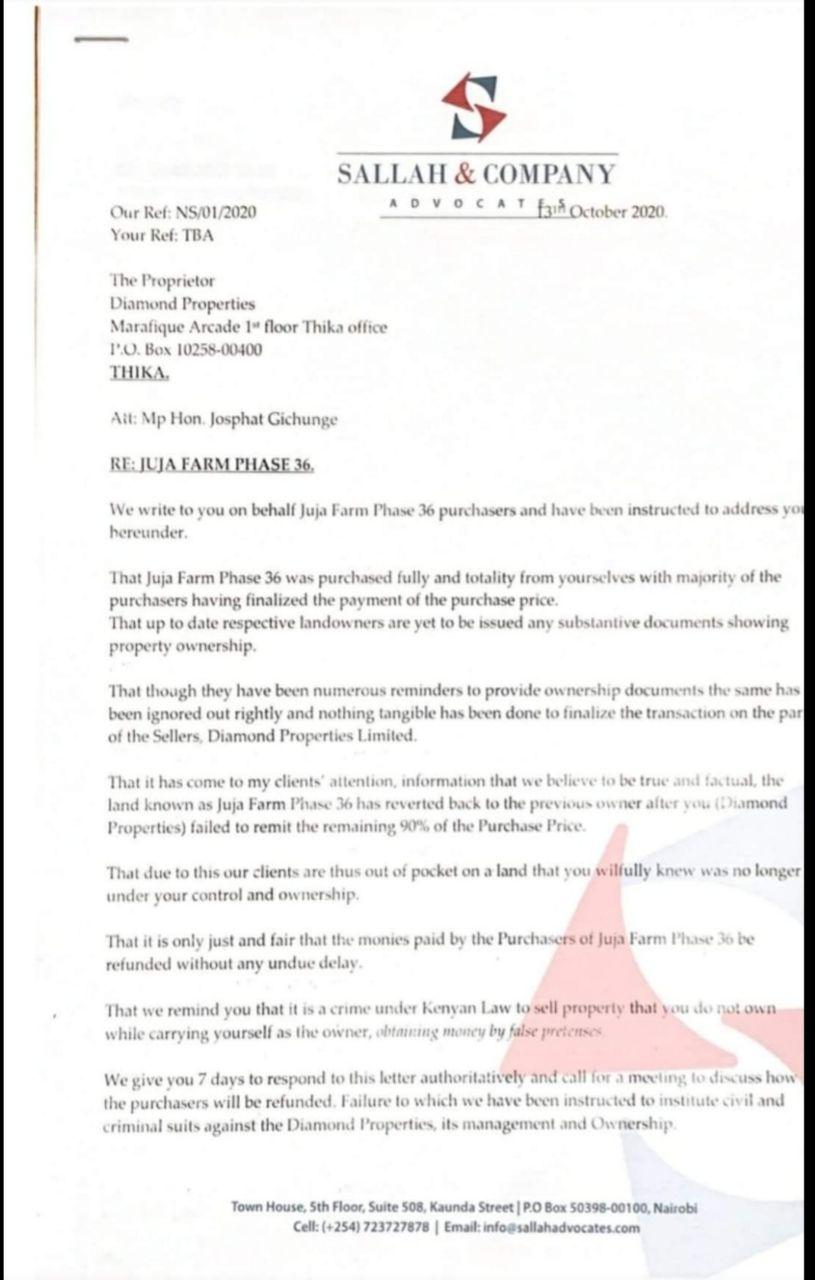 Accounts that might have been used for money laundering