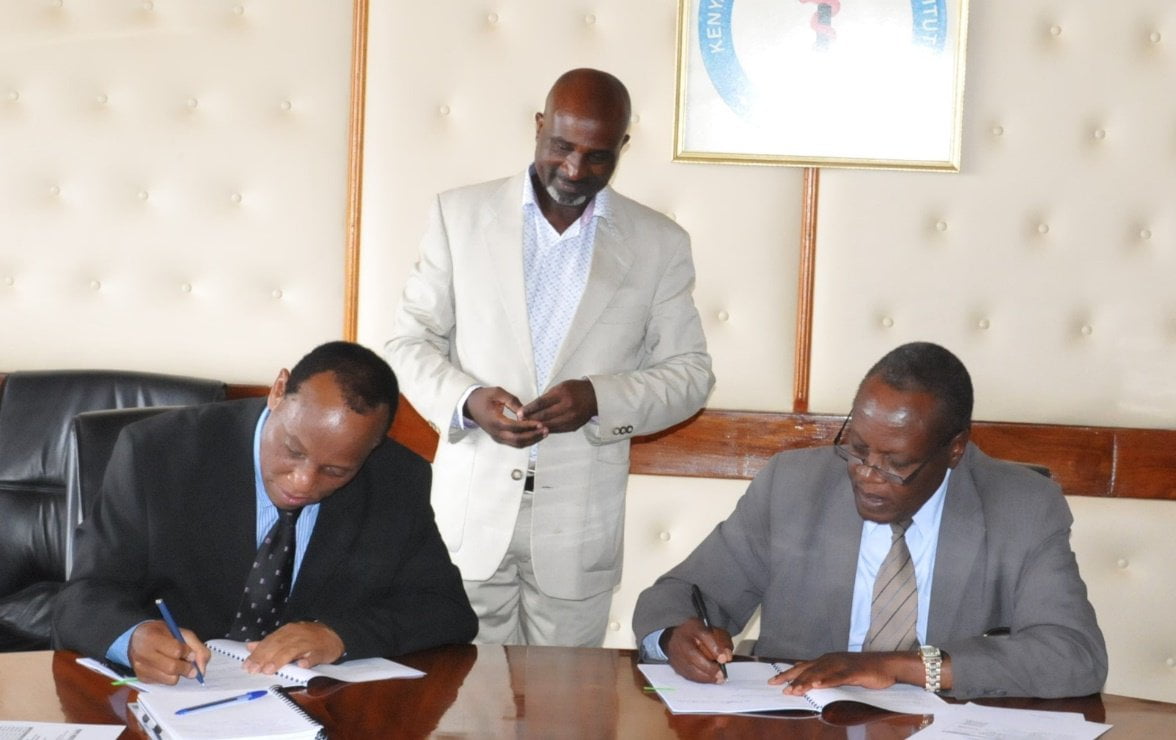 May 2017: Ag Director KEMRI, Dr. Gerald Mkoji and the Chairman of the sacked KEMRI BOM, Dr. Naftali Agata append their signatures on the Performance Contract

The fraudulent medical scheme for the Kenya Medical Research Institute (KEMRI) staff has been canceled after the Cnyakundi.com exposé which led to the firing of the acting KEMRI board Chair Naftali Agata.

“Seems your expose on KEMRI – Madison insurance scheme has borne results – the scheme has been canceled. Now, staff have no medical cover since NHIF was also stopped”, wrote an anonymous staffer.

In December 2020, KEMRI awarded Madison Insurance Company a Sh157 Million contract to provide medical insurance cover to its employees. The decision to award the contract was made in total disregard of procurement laws, regulations and guidelines, and went against the advice provided by the Corporation Secretary and sentiments of the Finance committee of the Board.

The Institute’s approved budget for medical insurance was S108 Million for the 2020/2021 financial year. The National Health Insurance Fund, which provided medical insurance services to KEMRI in the preceding financial year, gave a quotation of Sh107 Million, while Madison Insurance Ltd. gave a quotation of Sh157 Million. Whereas the NHIF quotation proposed benefits similar to those offered in the previous year, with a last respects cover, the Madison Insurance Cover proposed restricted benefits but included an enhanced insurance package for the Chairman of the Board of Management, KEMRI.

The anonymous source said that NHIF deductions from salary continue yet they are not covered as NHIF medical cover was stopped.

In the KEMRI – Madison procurement scam, a total of KES 50 million of public funds was lost through this action. Members of staff were to receive a medical cover that is inferior to what NHIF offered, for the 2020/2021 financial year. Thanks goodness, this has now been stopped. 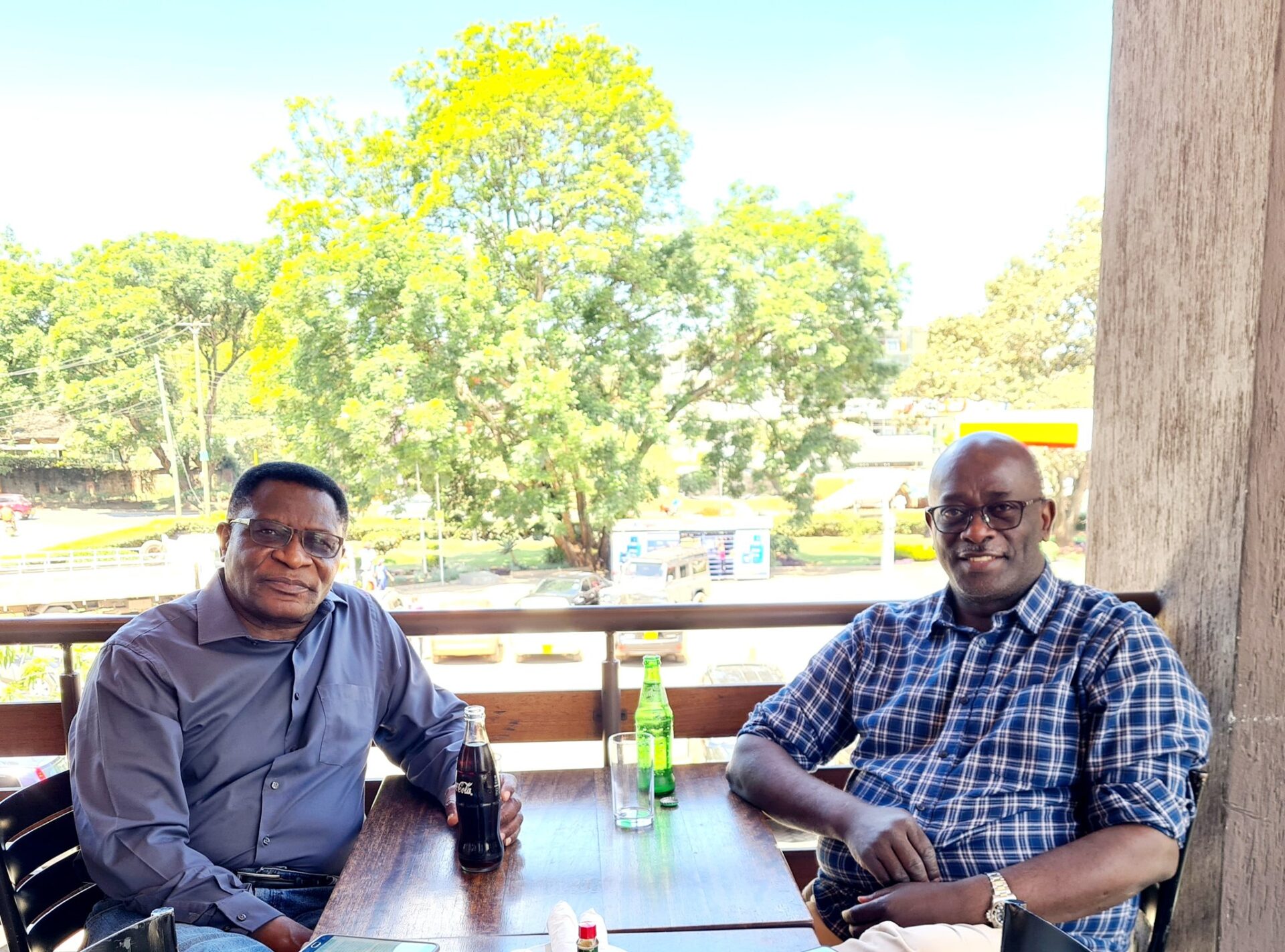 Sack the CEO too

KEMRI’s Chief Executive, Dr. Yeri Israel Kombe, the perpetrator of this crime, retired from the Institute in 2018 but has clung on to the position through patronage by the Chairman.

The CEO should be sacked the same way the board chair was. He has been involved in siphoning money from the institution.

One scandal is which KEMRI lost a total of Sh120 Million in the KEMRI Food Handlers Programme in partnership with the Nairobi County Government.

For this, he was taken to court by the county government, but to date, the money has never been recovered.

During Dr Kombe’s tenure, KEMRI has lost hundreds of millions of shillings in dubious projects and irregular procurement.

In this article:HIF, KEMRI, Madison