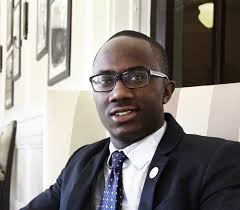 The Management of Lipa Later are intent on muzzling the truth about mismanagement at the company. The CEO and COO of the company are willing to go to all possible lengths to ensure that the rot within the company does not get out.

Allow me to give you an insider’s perspective of this rot that I speak of.

Lipa Later is a company that was formed on a great idea of allowing Kenyans to buy goods and pay for them in installments. That means the customer can walk in to a store and after a few weeks, he will receive the item without paying a single cent.

The issue with this from the company’s side is that:

One of the major failings of the company is the credit evaluation process. The company does not collect customers bank statements and payslips like most banks and financial institutions do. The company relies on a client’s MPESA data which we all know can be misleading as people use Mpesa for their side hustles, chamas and many other things. The result has been that close to 50% of Lipa Later’s clients are bad customers who do not pay for items that they collect. Lipa Later attempts to repossess these items but that also ends up being an exercise in futility as most of the clients provided false address information in the first place. One fraud that Lipa Later commits and you should take note of is illegally using NHIF data to trace customers to their work places. This fraudulent act has led various managers to exit the company (more on the exits later).

Consequent to the above losses, Lipa Later is forced to keep borrowing money from “angel” investors as the CEO like to call them to continue lending to other stores. The company is currently in a situation where they are surviving on debt to finance their operations since customer monthly repayments barely cover the monthly expenses of salaries and the CEO and COOs trips around the world – story for another day.

I believe you know how ponzi schemes work. Lipa Later is nothing short of a ponzi scheme when it comes to investors since the only way to payback investors amounts when they fall due is to borrow from other investors. If and when those new investments run dry, more than 50% if the investors will lose their money. Lipa Later is currently relying on corporate lenders like Lendable and Lateral Capital to stay afloat. There is also a deal in the works with CBA Bank (now knowns as NCBA Bank) but that will only apply to new lending hence old investors are fucked.

Another issue that Lipa Later faces is the delayed payments to merchants (stores it has partnered with). Ask around and phone dealers will tell you that Lipa Later will give you good business but can take up to 6 months to pay you for goods supplied. 6 months if you are lucky that is. There are merchants who supplied Lipa Later in 2018 who are yet to receive payments.

In the past article, it was mentioned that the company does not remit statutory deductions to KRA, NSSF and NHIF. This is still the case to date. The company is however attempting to pay the old outstanding amounts but the fact that it still does not pay the amounts it deducts currently means it will forever be in debt to these bodies. Employees therefore do not have NHIF cover at the moment and the company does not provide medical insurance cover. If you get sick, you are on your own.

It may also have been mentioned that the company pays employee salaries late. This is still the case and woe unto you should you resign when the company owes you money. They will ensure that they delay payment for 2-3 months. To date, there are ex-employees who are yet to be paid just because they resigned on their own terms. Employees pray to get fired so that they are given cheques for their dues as they exit.

Lipa Later also has a very high employee turnover. Turnover for 2019 was more than 60%. Reason for this is that employees simply disagree with what is going on within the company and can’t take it any more. In 2019 alone, a number of senior managers left the company for these very reasons. Their roles are listed below:

This is just the management team. Other mid and lower level employees have left with the company even threatening to sue one since he left Lipa Later to go to Aspira (a fierce and better funded and run competitor to Lipa Later).

I have tried to keep my identity hidden. Should you wish to reach me, use this email address which I will keep active for at least the next 3 months.