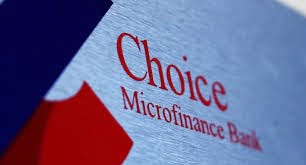 Choice Microfinance shareholders have threatened to move their money after this site run whistleblowers exposes that revealed deep rot within.

In the meantime, the crooked Choice Microfinance bosses are working day and night to hide the truth instead of opening up to their shareholders.

The bosses have also vowed to show their cooked books of accounts that give them a clean bill of health yet fraud is the order of the day.

One shareholder that reached us revealed that he put Ksh. 700,000 at the fraud linked Microfinance bank and was seeking ways he can remove his money but we advised him to coordinate with a lawyer for advise.

The central bank of Kenya has remained silent despite being aware of the fraud. The CBK Governor Patrick Njoroge is notorious by always remaining silent till things spin out of control like the case with chase bank and Imperial bank.