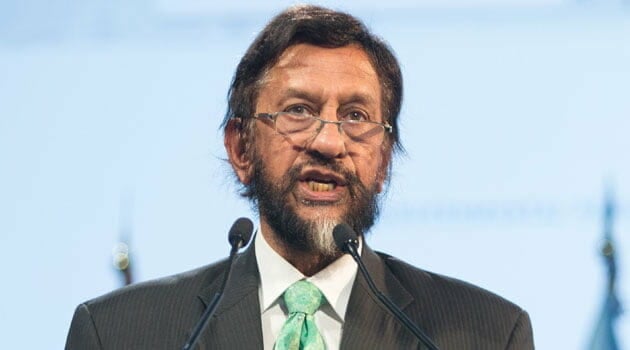 Rajendra Pachauri, who quit this week as head of the UN’s climate science panel following sexual harassment claims, is recovering in a New Delhi hospital from a heart problem, his lawyer said Wednesday.

Pachauri was admitted to hospital last week as police investigated claims he sexually harassed a female employee at his research institute in the Indian capital, Shankh Sengupta told AFP.

“He is suffering from a cardiac problem and underwent a stent procedure in 2010. He has been frequently visiting doctors for checkups,” Sengupta said, referring to a procedure to unblock arteries.

“Last week after the controversy (his court case), he was feeling uncomfortable and doctors advised him to stay in the hospital.”

“He has been cooperating with the investigators,” he added.

An employee of Pachauri’s think-tank, the Energy and Resources Institute (TERI), told AFP: “He’s been in the hospital for four to five days now.”

Pachauri, 74, resigned on Tuesday as chairman of the Nobel Prize-winning Intergovernmental Panel on Climate Change (IPCC) in the wake of the claims made by the 29-year-old researcher at TERI.

She alleged repeated inappropriate behaviour on his part, including through emails, text and WhatsApp messages.

Pachauri has denied the allegations, saying his emails and mobile phone were hacked.

The resignation comes at a crucial time as the IPCC tries to set the ground for a climate change summit in Paris in December at which world leaders are expected to strike a deal on tackling global warming.

Observers and officials said the resignation of Pachauri, a leading voice on the dangers of climate change, was unlikely to hamper progress towards the pact.

Pachauri had earlier pulled out of a climate change conference under way in Nairobi amid the police probe into the researcher’s claims.

Pachauri’s hearing for anticipatory bail — a request for bail in the event of any arrest — was scheduled for Thursday. He does not have to appear in person.

An economist and industrial engineer by trade, Pachauri in 2002 took the helm of the IPCC, which jointly won the Nobel Peace Prize in 2007. He was elected to a second term in 2008 and was due to step down in October.