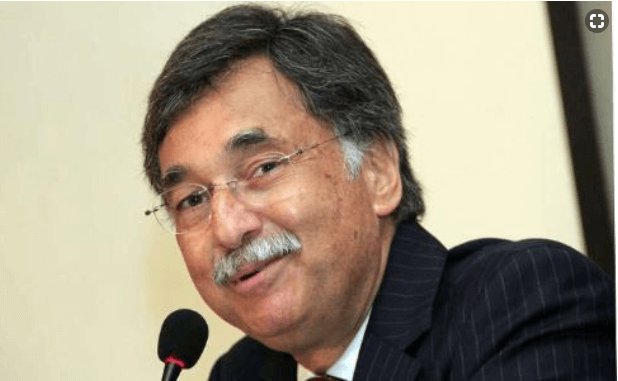 Former Chase Bank chairman Zafrullah Khan. An Internal document has revealed that he is also the Rafiki Microfinance Chairman.

Former Chase Bank chairman Mohammed Zafrullah Khan is still the chairman of Rafiki Microfinance, an internal source has whispered to us. Zafrullah Khan was charged with conspiring to defraud Chase Bank of Sh1,683,000,000, in the year 2017.

At the same time, Khan was also charged with several counts of stealing from Chase Bank and one count of failing to comply with provisions of the Proceeds of Crime and Anti-Money Laundering Act. The former Chase Bank boss also faced an alternative charge of failing to report suspicious transactions.

The Kenyan banking industry is deeply rotten with the Central Bank of Kenya Governor, Patrick Njoroge playing a game of musical chairs in regulating the industry. The Parliamentary accounts committee( PAC), in 2016, found that Njoroge had masterminded the National Youth Service scandal because the game of adding zeros was done by CBK officials under his command. PAC recommended an investigation by the Directorate of criminal investigations and prosecution but the then DCI boss Ndegwa Muhoro was compromised. 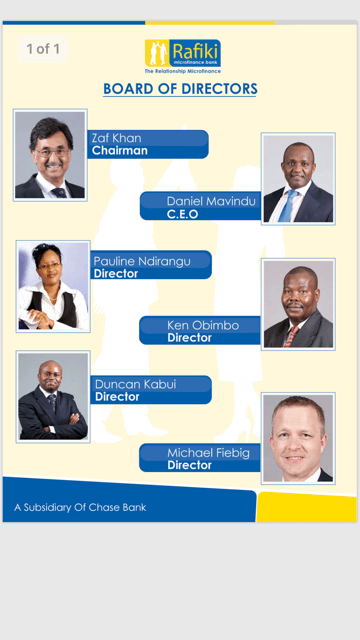 Internal document shows that Rafiki Microfinance is former Chase bank management reloaded. Their official website does not list these guys.

Duncan Kabui, together with others, James Mwaura Mwenja and Makarios Omondo Agumbi were arraigned in court and charged with conspiracy to defraud the bank of over Ksh 1.6 billion.

The prosecution read that between August 28, 2009 and March 31, 2016 at Chase Bank headquarters in Nairobi, jointly with another not before court conspired with intent to defraud Chase Bank Limited by means of falsely pretending that the disbursement of Ksh 1.6 billion they effected from internal account of Chase Bank to the accounts of Camelia Investments Limited, Cleopatra Holdings Limited, Golden Azure Limited and Colbrook Holding Limited were genuine loan facilities to the entities and were disbursed in the ordinary process of loan process flow.

Duncan Kabui Gichu also faced three other counts of stealing over Ksh 3 .1 billion from the said bank. This website also run an expose detailing how Kibui had invested the money he stole from chase bank but the relevant authorities did nothing. 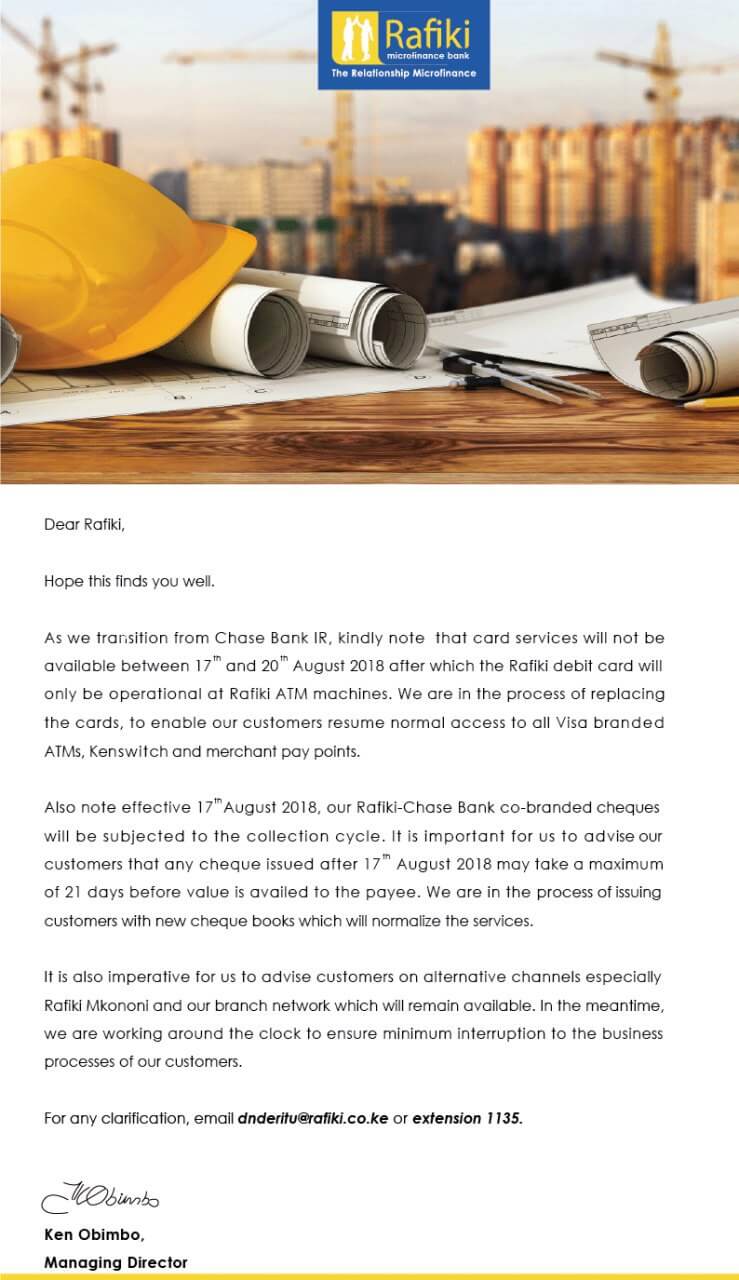 Most recent communication by one of the managing director Ken Obimbo