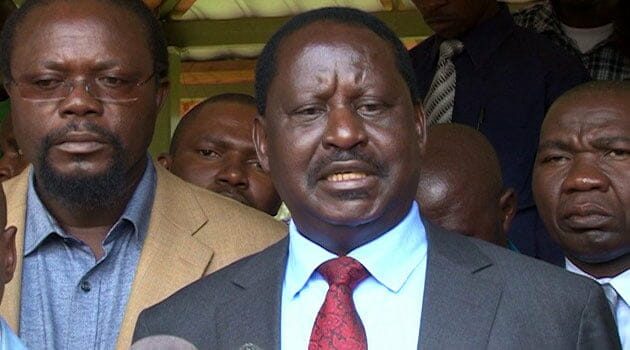 Opposition leader Raila Odinga travels to the Kingdom of Lesotho Wednesday, as head of the African Union Election Observers Mission in polls scheduled for February 28 in the Southern African nation.

The Commission of the African Union asked Odinga in January to lead its observer mission to the elections in line with the Durban Declaration of July 2002 on the principles regulating democratic elections in Africa.

The short-term observers will complement the work of the AU long-term experts who have been deployed since January 29, 2015 and will remain in Lesotho until March 14, 2015.

As part of its activities, the mission will meet relevant electoral stakeholders in Lesotho including the Independent Electoral Commission (IEC), leaders of political parties, civil society organisations and other international observers groups before observing the National Assembly elections across the country.

After polling, the mission will release its preliminary statement at a press conference at the Maseru Sun Hotel.

Subsequently, the mission will produce a more detailed final report with recommendations, two months after the election. The report will be shared with relevant Lesotho authorities and released to the African Union.

The observations and recommendations of the mission will be based on the fairness, credibility, transparency, and the effective management of the election.